Masinloc: A Fisherman’s Turf No More 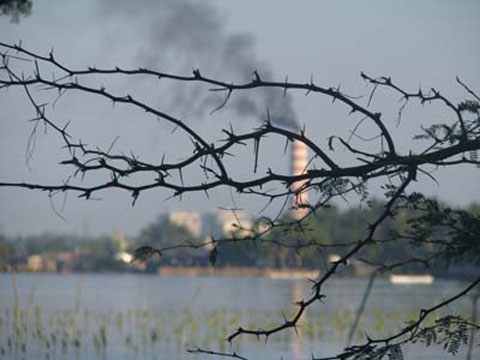 A tree screens the image of a coal-powered plant, unraveling a picturesque bay threatened by an energy source. Masinloc Bay in Zambales province northwestern Luzon used to host a rich marine and fishing ground making it a major source of fish harvests for villagers. The plant disgorges a thick smoke of toxic effluents that cause health hazards and the bay’s waters – which end up in the China Sea – have been hit by a red tide so often. The livelihood of fisherfolks has been so damaged that many families are now depending on overseas jobs for income. (Photo Courtesy of Bobby Tuazon/(Bulatlat.com))