The Context of Political Repression and the Legal Justice System

The following is the presentation made by lawyer Ameh Sato of the Public Interest Law Center (PILC) during a forum held by Pagbabago! at UP Diliman on May 21.

As early as 2002, the Arroyo administration has launched war against its critics in the progressive forces, with the implementation of the so-called Oplan Bantay Laya which is in line with the US global war on terror. Essentially the same as the counter-insurgency programs of the previous administrations, Oplan Bantay Laya, however, targets not only the insurgents but also political activists and leaders and members of the legal progressive organizations, including the progressive party-list representatives.

Oplan Bantay Laya has taken a heavy toll on the unarmed civilian population, with extrajudicial killings, enforced disappearances, torture, massacre, unlawful arrest and arbitrary detention and other forms of human rights violations perpetrated with impunity by the security forces of the Arroyo administration reaching a shocking extent. The massive human rights violations under the Arroyo administration has called the attention and alarmed even the international community, prompting the UN Special Rapporteur on Extrajudicial, Summary or Arbitrary Executions, Mr. Philip Alston, to conduct an investigation into the killings of militant activists in the country.

In the midst of the Arroyo administration’s human rights atrocities and the numerous anomalies and controversies hounding it, Gloria Macapagal-Arroyo issued executive orders curtailing the people’s civil liberties and political rights which further trampled upon the people’s fundamental rights and freedoms. It was during this time that the “legal offensives” were launched against the critics of the administration. 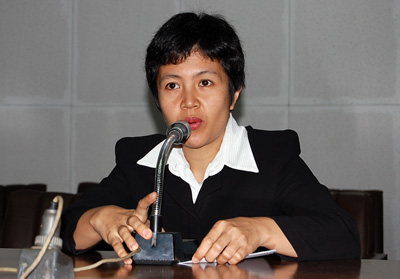 The indictment even implicated other national leaders of progressive mass/sectoral organizations, without being named as accused, including known human rights defender Atty. Romeo T. Capulong, virtually sending the message that they would be next to be charged.

At any rate, the scope of the alleged acts of rebellion imputed to the accused is so broad that it encompasses the entire existence and revolutionary activities of the CPP/NPA from its founding in 1968 to the filing of the two rebellion cases in 2006 and the mutinous acts of the military rebels.

One of the most ridiculous things to note in these false charges was the fact that Rep. Teddy Casiño was barely one month old when the principal acts of rebellion and conspiracy imputed to him were allegedly committed. The range of acts imputed include heinous crimes of massacre, murder, kidnapping, robbery arson, extortion, illegal possession of firearms, and even open, legal campaigns and militant mass actions in the streets of Metro Manila against the anti-poor and anti-Filipino policies of the Macapagal-Arroyo government.

These rebellion cases were a brainchild of the Inter-Agency Legal Action Group or IALAG, which was created by Macapagal Arroyo through Executive Order No. 493 for the “coordination of national security cases.”

Clearly, the rebellion charges were a collusion between the government security and intelligence forces which manufactured and/or recycled their so-called evidence, under the aegis of IALAG and the DOJ.