News in Pictures: Protest at Camp Crame to Demand Freedom for Beth Principe 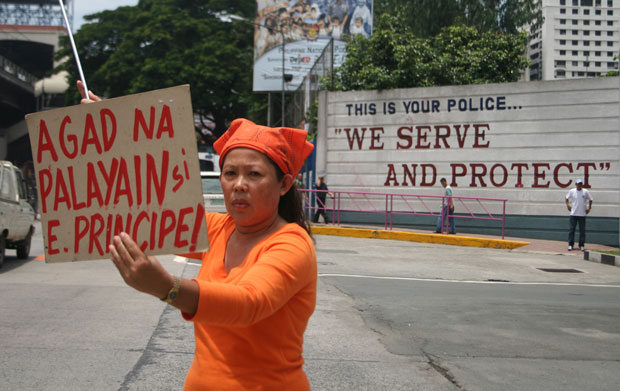 Relatives and friends of Elizabeth Principe, the political prisoner released this afternoon from Camp Crame, held a protest rally in front of the police headquarters to demand Principe’s freedom. In picture if Evangeline Hernandez, secretary-general of Hustisya!, a group of families of victims of human-rights abuses. (Photos by Ronalyn V. Olea / bulatlat.com) 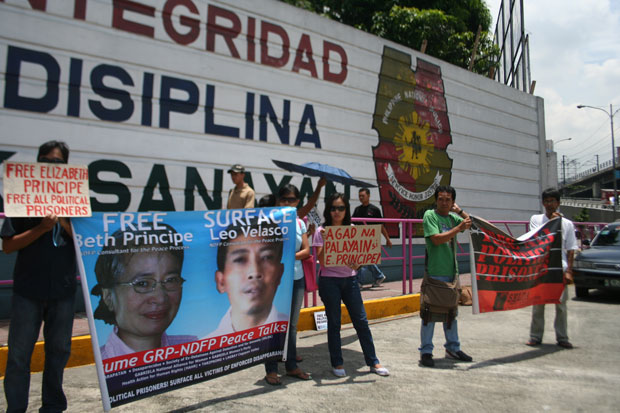 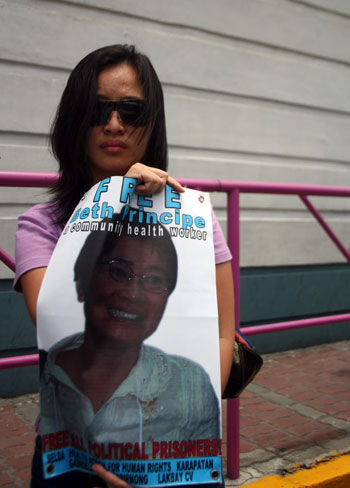 Lorena Santos, daughter of Elizabeth Principe, was also at the rally to press for her mother’s release.