News in Pictures: Makabayan Serves ‘Eviction Notice’ to US Troops 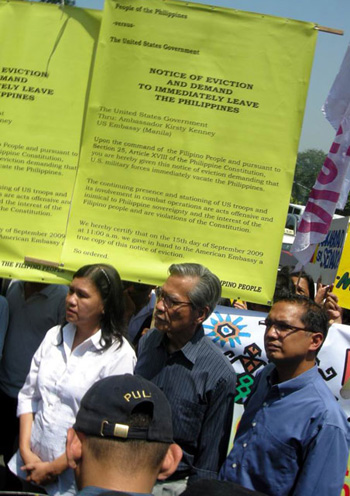 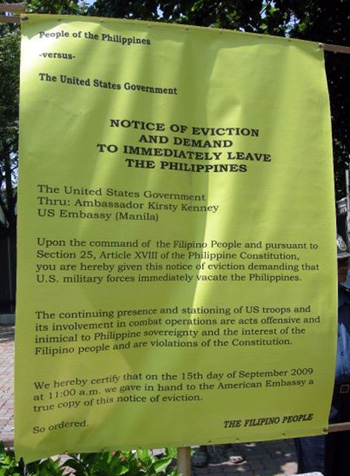 Makabayan Coalition leaders and partylist solons Satur Ocampo, Liza Maza, Teddy Casiño, Rafael Mariano and Joel Maglunsod led some 60 rallyists in a peaceful protest on Tuesday at the US Embassy in Manila, calling for immediate pullout of all US troops, logistics and war materiel from the Philippines.

The Filipino People’s “Notice of Eviction and Demand to Immediately Leave the Philippines”, addressed to the United States Government through Ambassador Kirsty Kenney, was served on the eve of the 18th anniversary of the Senate’s rejection of the extension of US bases in the Philippines.

The lawmakers said that the continuing presence US troops and its involvement in combat operations violates Section 25, Article XVIII of the Philippine Constitution and are acts offensive and inimical to Philippine sovereignty and the interest of the Filipino people.