Surveillance on Jun Cruz Reyes: ‘Attacks on Writers Are Attacks on the People’

Long before National Artist Bienvenido Lumbera discovered that the military had been watching him, Jun Cruz Reyes, an award-winning writer, has been the subject of surveillance and harassment that began in 2006.

MANILA — With two of the country’s most respected writers now confirmed to be under surveillance by government agents, advocates of freedom of expression – a basic right enshrined in the Constitution as well as in international covenants – are sounding the alarm.

They are saying that even the general public should be alarmed by these “attacks” on writers, since these are also attacks on the people.

Long before Marine Cpl. Hannival Mondido was caught flat-footed while spying on the house of 2006 National Artist for Literature Bienvenido Lumbera, suspected military elements had been hot on the trail of Pedro Reyes Jr., better known as Jun Cruz Reyes, an award-winning writer and a professor of creative writing at the University of the Philippines (UP) in Diliman, Quezon City.

Lumbera and Reyes are both known for tackling sensitive and controversial socio-political issues in their writings. 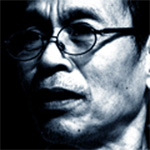 For Reyes, it all started in 2006, when he was a visiting professor at UP’s Baguio City campus. Sometime that year, he had received a text message from Elmer Santos, then councilor (now vice-mayor) of his hometown Hagonoy, Bulacan, telling him not to go home for a while because the local official had seen Reyes’s name in an Army Order of Battle.

“This was at the same time Palparan was assigned in Central Luzon,” Reyes said in a press conference Tuesday morning in Quezon City.

Reyes was referring to retired Army Brig. Gen. Jovito Palparan Jr., now a representative of the party-list group Bantay (The True Marcos Loyalist). As a military officer, Palparan earned notoriety for the human-rights violations that took place in his areas of assignment.

Palparan was first assigned in Central Luzon in the early 1980s, when the 24th Infantry Division that he was heading was transferred there from Sulu. By 1989, he would assume the post of battalion commander, which he held until 1991.After that Palparan was given several other assignments in the Cordillera, Southern Tagalog, Iraq, and Eastern Visayas before finally being reassigned to Central Luzon to head the 7th Infantry Division, his last assignment before he reached the mandatory age of retirement from military service on Sept. 11, 2006. A Sept. 3 report by the Philippine Daily Inquirer cited Karapatan data pointing to 136 cases of human-rights violations in Central Luzon under Palparan’s command from Sept. 2005 to Aug. 2006. Of these, there were 71 summary executions, five massacres, 14 frustrated killings, and 46 enforced disappearances.

“It was in my town that Karen Empeño and Sherlyn Cadapan were abducted,” Reyes pointed out.

Empeño and Cadapan, both students of UP Diliman, are among the more prominent victims of human-rights violations under Palparan’s command in Central Luzon, together with peasant organizer Manuel Merino. Based on an eyewitness account by farmer Raymond Manalo, who was kept in the same safehouse with the three, Empeño, Cadapan, and Merino were all tortured – with the two young women also sexually abused. Merino is reported to have been killed, while Empeño and Cadapan remain missing.

In mid-August 2007, a man tried to enter his house in Hagonoy, while another served as lookout, according to Reyes. The men wore black jackets and “looked like soldiers.” When the dogs in the neighborhood, including Reyes’s own dogs, began barking, many of his neighbors were roused from sleep and the man trying to enter his house ran to his companion.

A few days after that, Reyes said, one of his dogs was found to have been poisoned.

Early afternoon on Nov. 15, 2007, a squad of fatigue-wearing men with covered faces visited one of his neighbors and offered P20,000 in exchange for information on Reyes’s whereabouts.

Close to midnight just last Sept. 10, a white van with eight men on board stopped in front of his house for a few minutes. After that the men went over to the bridge near Reyes’s house and stopped again for a while.

The same thing happened at around the same time last Sept. 13; only this time, it was a black van that had stopped in front of Reyes’s house and subsequently the bridge near it.

Earlier that same night, a man took pictures of Reyes using a cellular phone as he was drinking with his student assistant at a store within the UP Diliman campus. According to Reyes, the owner of the store informed him that the man who took pictures had been passing himself off as a “businessman” from Krus na Ligas, an area near the store.

“At first I didn’t take these too seriously,” Reyes said. I was busy with my doctoral degree at UP Diliman. I also got preoccupied with writing my dissertation for the said doctoral degree. But now, as time goes by, their surveillance and harassment of me is assuming a more definite form.”

“This is harassment pure and simple,” Bienvenido Lumbera said in the same press conference. “There is the possibility that they will do him harm.”

Vijae Alquisola, national president of the College Editors Guild of the Philippines (CEGP), described the surveillance operations on both Lumbera and Reyes as “alarming.”

“When writers are under attack, the people are also under attack,” Alquisola said. “Writers are messengers of truth. They are the ones who show us what is really happening in society.”

Roselle Pineda of the Concerned Artists of the Philippines (CAP) and Marie Hilao-Enriquez of Karapatan, the human-rights group, both expressed solidarity with Lumbera and Reyes, and called on the people to resist the Arroyo regime’s “tyranny.” (Bulatlat.com)