SAN MATEO, Rizal — Marivic Cristobal has been living in Barangay Sta. Ana, San Mateo, Rizal province for almost 20 years now. She is used to a home where floodwater would easily rise from the slightest rainfall. Cristobal learned how to keep important things and documents safe from the floodwater. But despite her precautions, Ondoy left her with nothing, not even her very own home.

Days after the dreadful disaster, Cristobal still finds it difficult to understand how the floodwater rose that fast. According to many reports that came out, most of the victims said the floodwater rose in less than one hour, giving them little or no time to save their things. The Cristobal family are now staying in a public elementary school within their barangay, dependent on relief goods.

“My lost relief would have been the P120 that my husband brought home that day. But I left it on the table. When the water rose, I wanted to look for it. But my daughter forced me to get out of the house and save our lives first,” Cristobal told Bulatlat.

Despite the speculations that dams near the province of Rizal released water into the rivers, Cristobal believes that the denuded mountains of Rizal caused the flood. “When I first arrived here, we still had bamboo plants. They diverted the floodwater away from our houses. But as the bamboos decreased, I noticed that the flood water increased.”

Meliton Juanico, an environmental planner and chairman of the Department of Geography at the University of the Philippines, agreed with Cristobal’s conclusion. He said that when Ondoy hit the Sierra Madre mountain ranges, there were no more trees that could hold all that rainwater. He called it “accelerated erosion.”

One of the denuded mountainsides of the Sierra Madre is the town of Rodriguez. Juanico said that one of the reasons for the denudation is the construction of high-end subdivisions on the hills and mountain tops of the towns of San Mateo, Rodriguez, Angono, Cainta and Marikina.

“Developers are after these mountain tops, which command a good view of Metro Manila,” Juanico said. He said some of the subdivisions were built on slopes that are too steep and has exceeded the maximum slope allowed by law.

Presidential Decree 705 or the Revised Forestry Code says that any land mass above 18 percent in slope or 10 degrees should only be used for commercial forestry and mining, not for urban and agricultural use. This is so because any development on slopes above 10 degrees will not only pose danger — in case of flashfloods or landslides — to the people living in the subdivision itself but to people who are living in the lowlands. (Read main story: Poor Are Worst Hit by Ondoy; Inept Political Leadership Makes Them Suffer Even More) 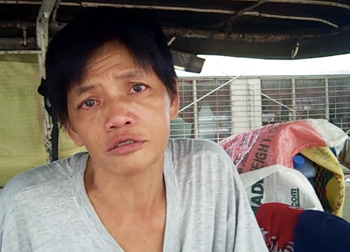 The Eastridge Golf Club in Binangonan, Rizal, has a breathtaking views of Laguna de Bay and Metro Manila. But just like other high-end subdivisions with golf courses, its location has a slope of more than 50 percent. Forests turned golf courses can also contribute to accelerated erosion, Juanico said, since they can only give little support to the flood water that is rushing down toward the people in the lowlands.

“We find ourselves lucky that we were able to stop the Sky City project of Filinvest, which they planned to build on one of the highest mountain peaks of San Mateo,” Juanico said. He said part of Sky City’s plan was to suck the water from the Marikina River toward the subdivision for the maintenance of its golf course. The project was proposed in 1997 but was shot down by protests from residents and environment groups.