Cordillera Most Ravaged by Pepeng 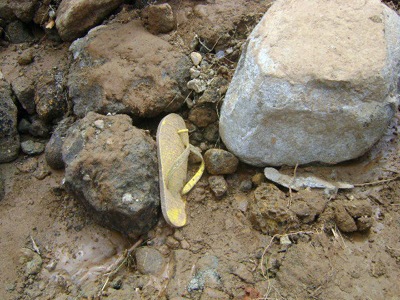 BAGUIO CITY – The Cordillera region incurred most of the damages in Northern Luzon with 309 dead and P1.398 billion of damaged infrastructures and agriculture caused by typhoon Pepeng.

As of Friday, there are 309 recovered dead, 139 injured, and 30 missing, according to Director Olive Luces of the Cordillera Regional Disaster Coordinating Council (CRDCC).

From the 309 death toll, Benguet has the highest record while Baguio City and Mountain Province followed. Ifugao and Abra have one death each while Kalinga recorded two.

While the DPWH-CAR, private contractors, and volunteers clear in the clearing of various roads still closed in the region, the CRDCC pegged the worth of damaged infrastructure in the region at P 577.300 million as of October 15.

The Bontoc-Banaue Road was opened on Tuesday. Halsema Highway remains closed due to various slides but the DPWH-CAR targets its opening next week.

The DA-CAR in a media report cites that the agricultural damaged caused by typhoon Pepeng is pegged at P1,153,188,693.28 but excluding damage on fisheries, post harvest and irrigation facilities.

Electricity has been restored in Baguio City, except some parts of Marcos Highway and Crescencia Village, according to Leo Belingon of Beneco.

There is yet no electricity in Mountain Province as of press time. All telecommunications were restored and functioning, according to the CRDCC.

A United Nations assessment team arrived at La Trinidad on October 14 to talk with the local officials as to the extent of damages and support that they need. The team also carried relief from the World Food Program and the UNICEF. The CDRCC claimed that relief was airlifted to Kapangan, Kibungan, Ansagan in Tuba, Bokod, and Mankayan.

Even non-government organizations helped in the relief in this city, Benguet and Mountain Province. The Serve the People Brigade distributed relief in La Trinidad, Tublay, Itogon where they need to walk for lengthy distance to reach the waiting residents. There mostly youth volunteer also helped in the road clearing operations particularly in Itogon and Tublay. (Arthur Allad-iw / Northern Dispatch)