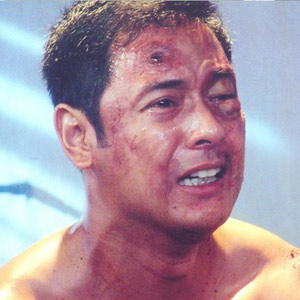 MANILA – The human-right film Dukot (Desaparecidos) is now being shown in major cinemas beginning on Dec. 2, a few days before the International Day of Human Rights on Dec. 10.

The film got an R-18 from the Movie and Television Review and Classification Board (MTRCB). An R-18 rating means that minors are not allowed to watch the movie.

“This is [still] better than X,” said Bonifacio Ilagan, the film’s scriptwriter, in an interview with Bulatlat.

The MTRCB committee composed of three members initially gave an X-rating to the film. “At first, only Marra PL Lanot approved the film for screening; the other two male members gave it an X rating, saying that the film is inciting the people to sedition,” Ilagan said.

But Dukot’s director Joel Lamangan challenged the MTRCB members. He asked them: “Identify one part of the movie that asks the people to rise up in arms.”

Ilagan said Lanot helped in convincing the two MTRCB members and eventually got their nod. The MTRCB asked Lamangan to delete a scene where a photograph of President Gloria Macapagal-Arroyo is shown.

Dukot is the first full-length movie since the martial-law period that courageously exposes the accountability of the state in human-rights abuses in the country.

It was screened at the 2009 Montreal World Film Festival’s Focus on World Cinema section. The festival ran from August 27 to September 7.

In successive text messages to Ilagan, Evangelista said foreign viewers praised the film for being “well-made and for its great story telling.” Others described it as “gripping and powerful, fantastic and sad.” The lead actors were also lavishly praised for their tour de force performance.

“Some are shocked to find out about the human rights situation in our country,” Evangelista told Ilagan in a text message after the second screening.

Special screenings in schools and at the Bantayog ng mga Bayani were also held. (Bulatlat.com)