‘Maguindanao Folk Live in Fear Because of Martial Law’

Amira Ali Lidasan, secretary-general of Suara Bangsamoro, a progressive group that advocates for the rights of the Moro people, talks to Bulatlat.com about the impact so far of martial law in Maguindanao and how Maguindanaoans like herself are coping with it. 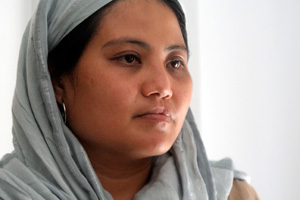 In this same interview, she also points out that the military was responsible for the arming of the Ampatuans and their private armies. Lidasan also reminds the public that the Magdalo, the group of soldiers who mutinied against the government, may have been right all along in claiming earlier that some corrupt elements in the military may have sold weapons and ammunition to other parties, which may explain why many of those recovered by the military in Maguindanao apparently came from the armed forces. (Bulatlat.com)