Leyte Farmers Locked in Battle with Ex-CA Justice Over Land

Lou Molon, Bayan Muna’s sixth nominee, said Veloso is an influential person in Leyte. “Even DAR officials are afraid of him,” he said. “Why is it that our government agencies side with the landlords?”

Molon said the farmers had used all means to get back their lands but they had been met by force and violence. “Their lawyer, Fedilito Dacut, was even killed,” he said. Dacut was killed by unidentified men in Tacloban City on March 14, 2005. Another lawyer has since taken up the case but the progress has been snail-paced.

Abaño said the DAR in Region 8 continues to ignore them. “I am here (at the DAR national office) not only for myself but for other farmers too,” he said. “Why did DAR cancel our CLOA? We only want to continue tilling our land,” Abaño added. 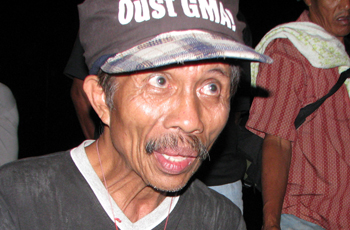 Meanwhile, farmers Remy Capate, 52 and Nestor Levico Sr., 49, complained of continuing human-rights violations by the military, particularly the 63rd IB. Capate is from Palapag and Levico is from Gamay, both are towns of Northern Samar.

“They are accusing us of being NPA (New People’s Army) rebels,” Capate said.

Capate said two men were killed by the elements of 63rd IB. “They were wearing malong in their heads and were accused of being NPA.” The victims were Gerry Losenda, 18 and Tripon Martinico, 23.

Asked if any case has been filed against the soldiers, Capate said: “Their families decided to leave. There is no justice. They know that nothing would happen if they filed a complaint.”

At first, Levico said, the soldiers built a public toilet and conducted a cleanliness drive in their community. “It turned out to be just a ploy to get the hearts of the people,” he said.

Later, the soldiers threatened the farmers and made them sign documents stating that they are NPA supporters.

Levico said that in Barangay Rizal, a farmer was forced to sign a blank paper. When the poor man refused, a soldier said: “You might not see the light of day.”

“We already find it hard to eat three times a day. Military operations have made it more difficult for us to work in the fields,” Capate said.