You Are Here: Home → 2010 → March → 24 → News in Pictures: Media Groups Troop to Mendiola on 4th Month Since Ampatuan Massacre

Four months since the brutal carnage of the 57 people – 32 of them were media workers – justice have not been served. And it seems, according to media groups, that “the judicial road to justice will be very, very long and very, very tortuous to navigate.”

Led by members of the Philippine Center for Photojournalism (PCP), media groups and supporters marched to Don Chino Roces Bridge in Manila Wednesday, carrying torches and photographs of the 57 victims of the massacre. They also lighted and offered prayers in honor of the victims. 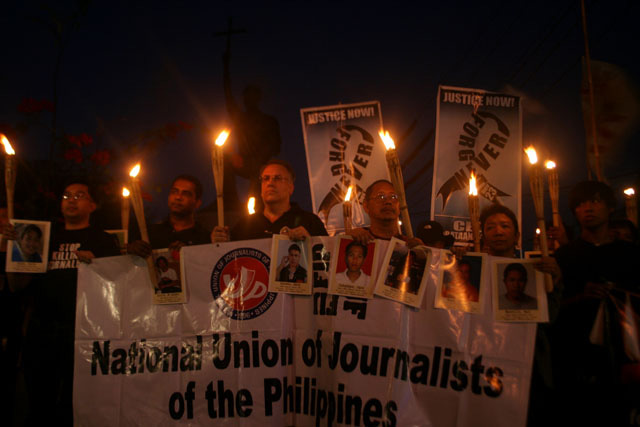 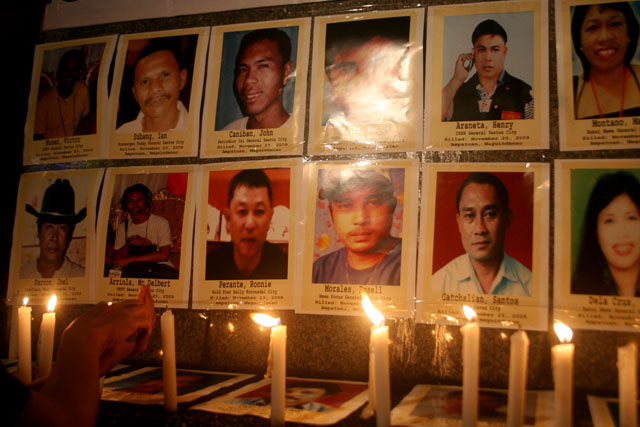 In a statement of the National Union of Journalists of the Philippines (NUJP), they cited that there have been indications of subverting the justice that is due to the family of the victims.

“There have been reports of offers of money to some of the victims’ kind in return of the withdrawal of their complaints,” NUJP said in their statement, adding that the campaign of bribery would not end there but would even try to reach deeper into the judicial process.

NUJP called on the Philippine media community and the Filipino people to heighten their vigilance as maneuvers to save the perpetrators of the Ampatuan massacre would be disregarded with the mounting election fever on May 10.

“We should heigthen our resolve not only to ensure justice for the victims of the Ampatuan massacre and of all media killings, but to end the culture of impunity and violence that has allowed extrajudicial killings to continue unabated,” NUJP said. (Photos and text by Janess Ann J. Ellao/bulatlat.com)