You Are Here: Home → 2010 → May → 9 → News in Pictures: International Observers Discover Glitches in Tests Conducted at Cavite PCOS Machines 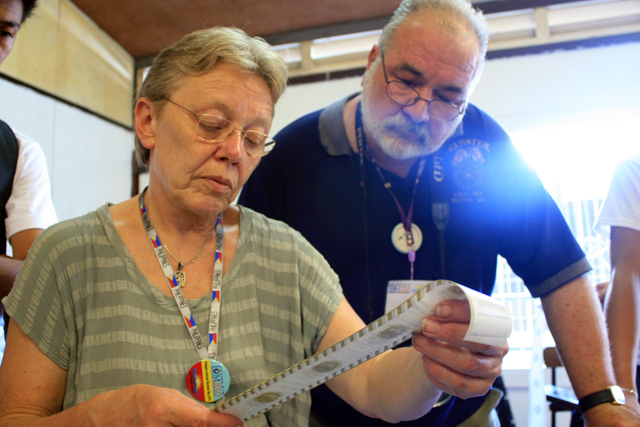 CAVITE — Delegates of the People’s International Observers’ Mission (PIOM) participated in the mock elections in San Labrador Town in Dasmariñas, Cavite today, May 9, 2010. In Dasmariñas North National High School, one precint experienced glitches when votes for some local candidates were not counted by the PCOS machine. The problem was solved when the CF card was replaced. The teachers complain however that the cards were not properly labeled. They could not immediately identify which is the defective card and which one is the replacement. They also lamented that the time allotted to test the machine is not enough. The original schedule for testing the machines was set on May 3, 2010. (Photo courtesy of ST Exposure and PIOM/Bulatlat.com)