You Are Here: Home → 2010 → May → 9 → News in Pictures: PCOS Machine Startup Problems and Faulty CF Cards in Marikina Poll Precinct 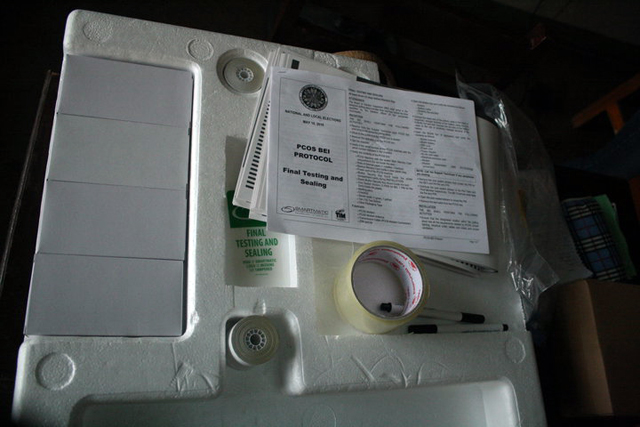 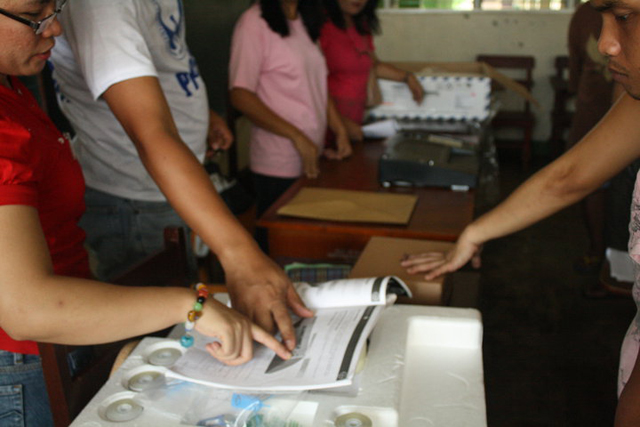 MANILA — The final testing and sealing (FTS) in Marikina City was held on May 6, earlier than the announced May 7 testing. Board of Election inspectors and watchers are waiting as early as 10am but machine arrived after lunch. No ballot boxes were delivered.

In the oath taking of the BEI early that day, all the chairman were instructed to get the old CF card. It was to be found in the PCOS when it is delivered to them. The yare to retrieve the old card and give it back to COMELEC after the FTS that day. They were given a reconfigured CF card, which they will use for the testing, and a new printer seal. But no old CF card was found. This may have been recalled prior to delivery of the machines. 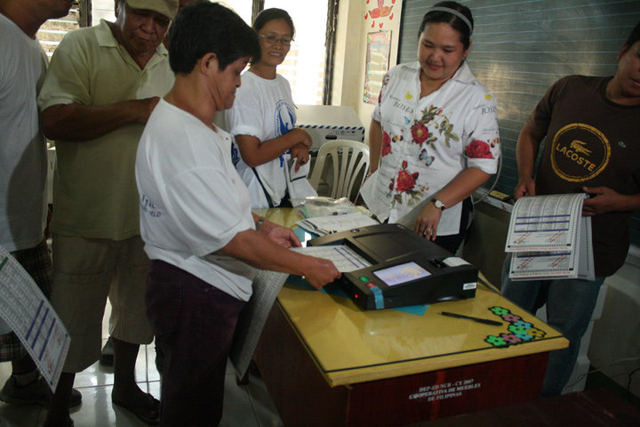 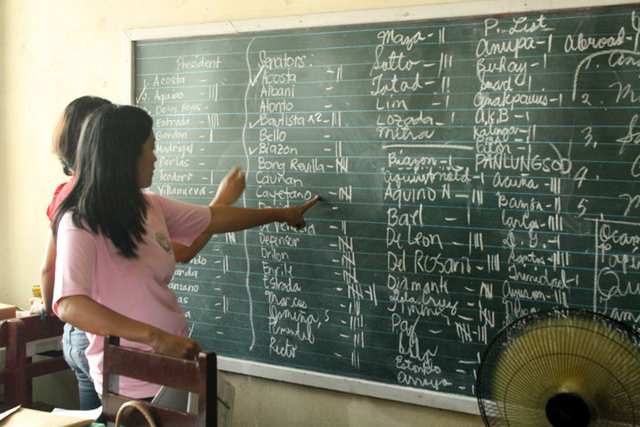 In Leodegario Elementary school, the start of the FTS took long due to machine start up problems, missing established precincts in the clustered precinct ballot ID. Many of the BEi are also still trying to familiarize themselves with the machines and master the procedure. Some machines unexpectedly shutdown. In one precinct, the Smartmatic technician suggested to not print the election returns or reuse the thermal paper to save paper, but the BEI contested that they should print as many ERs as their protocol instructs them. (Bulatlat.com)