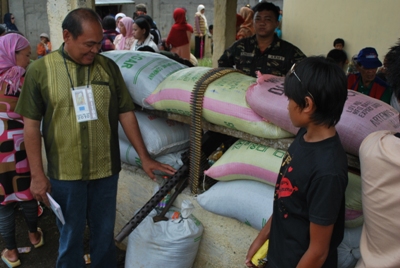 Healing Democracy Project Manager Pastor Beltran Pacatang said the conduct of the recently-held special elections in Lanao del Sur did not differ much from the May 10 elections. The only difference was, this time, there were more military men guarding the precincts and police trainees were used as Board of Election Inspectors (BEI). 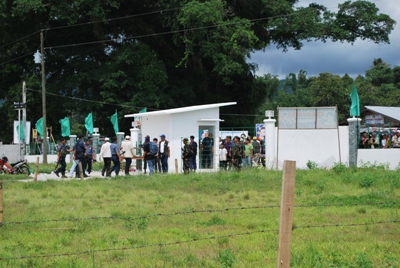 But Healing Democracy said in a press statement, “The presence of military men and police officers did not deter the rampant vote-buying and election-related violence.” 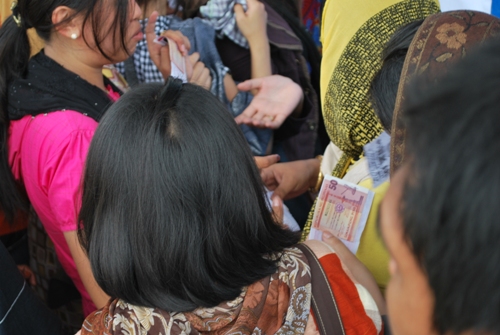 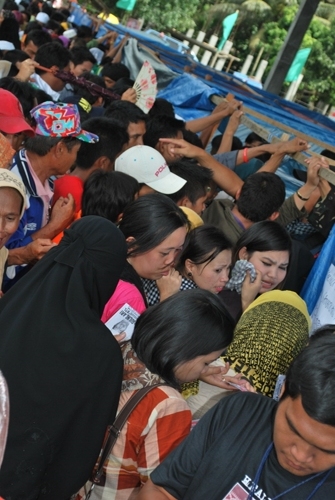 In Masiu, vote-buying was observed; and despite the implementation of a gun ban, armed men were spotted near the municipalities of Bayang and Tuburan.

Gunfire and clashes between political rivals still erupted in some municipalities. In Sultan Domalondong, two gunfire incidents were reported in two barangays: barangay Inindigan and barangay Bacayawan. Gunfire also erupted in Lumba Bayabao. However, no one was harmed in these incidents. 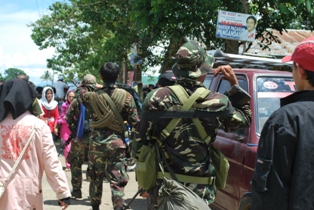 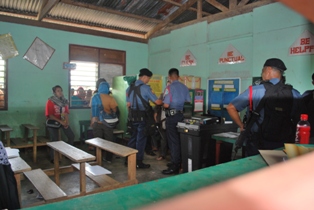 PNP as beis in masiu.(Photo contributed by Healing Democracy / bulatlat.com)

More than one hundred soldiers were deployed in each municipality, with additional reconnaissance of two military helicopters, and armed personnel carriers and a naval boat was docked at Lanao Lake. This presence of too many armed security personnel caused terror and intimidation to voters.

Also, the monitoring team criticized ‘the overly strict management of the military’ as it has caused disenfranchisement of voters.

Pastor Pacatang shared that in the municipality of Tubaran, the poll precincts closed at 2 o clock in the morning the next day and yet many voters still failed to cast their votes. Voters had to go through two checking areas – one at the gate, and one on the poll precinct; then in the poll precincts only five voters at a time were allowed to vote.

“The process was slowed down further, and this is the price we have to pay for a little semblance of order,” Pastor Pacatang added.

Healing Democracy Spokesperson Adelaida Ditucalan said, “One disadvantage of having the military and the police officer taking charge of the elections is that their presence might influence, or worse, manipulate the election outcome”.

Pastor Pacatang added, “The military presence may have influenced the outcome of the votes in each municipality and may tend to favor the incumbent officials of the municipality”.