Aside from violence and poll violations, defective Precinct Count Optical Scan (PCOS) machines, loss of electric supply and lack of Smartmatic technicians were some of the issues that remained unresolved during the special elections.

Some municipalities conducted elections with no power supply and were not able to use PCOS machines. In Masiu, five PCOS machines failed to function while in other areas, they decided not to use the PCOS machines at all.

In some municipalities, police officers had a hard time troubleshooting the PCOS machines because of the absence of Smartmatic technicians. According to a Comelec official interviewed by Healing Democracy, the contract with Smartmatic to assist BEIs does not cover the special elections.

Election Period Not Yet Over

Pastor Pacatang expressed his dismay over the government’s claim that the elections are almost over. With the president and vice-president’s scheduled proclamation this week, the government seemed to have forgotten that there are still votes left to canvass in seven municipalities of Lanao del Sur. And several barangays in eight municipalities of Lanao del Sur do not have a schedule for the special elections yet.

“It feels like there’s really no democracy. Democracy is giving the people equal rights and opportunities to be heard. In Lanao del Sur, there are more than 70, 000 votes left to be canvassed. If they won’t be considering it, then where’s democracy for the Lanao people? And with other barangays that have not voted yet, where’s the opportunity for them to practice their right to suffrage?” Pastor Pacatang said.

The eight municipalities where a failure of elections was declared but have not yet undergone special elections are Buadiposo-Buntong, Marantao, Calanogas, Ganassi, Pagawayan, Lumbatan, Kapai, and Tugaya, involving more or less 12, 000 voters.
Elections in the municipalities of Lumbatan, Kapai and Tugaya were affected by armed clashes last May 10.

Ending a Culture of Failure

In Lanao del Sur, the declaration of a failure of elections is no longer surprising for many, as it happens almost every elections. Violence and absence of election officers are the top two reasons for this.

In the municipality of Sultan Domalondong, the incumbent mayor shared that a failure of elections is declared in their town almost every election since the early 90’s. The common reason is the disqualification of BEIs because of their blood relations with candidates. 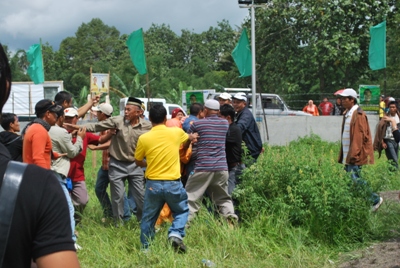 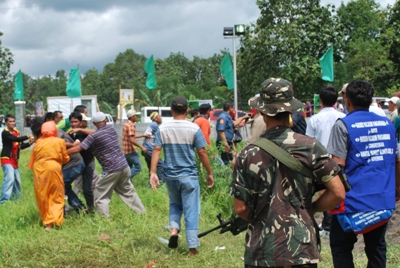 For the other municipalities such as Tugaya, Lumbatan, and Kapai, armed clashes between supporters of rival candidates is the main cause. Election watchdogs such as Parish Pastoral Council for Responsible Voting (PPCRV) and Healing Democracy attribute this to the lenient implementation of the gun ban.

Pastor Pacatang said to prevent a failure of elections the government should implement the gun ban strictly and consistently, dismantle private armies, and for Comelec to prepare and anticipate conflicts and troubleshoot them even before the elections.

He added that the use of PCOS machines during elections or special elections is not effective for a place like Lanao del Sur where loss of electric supply normally occurs, and the clustering of 1000 voters in one precinct is not feasible. (Bulatlat.com)