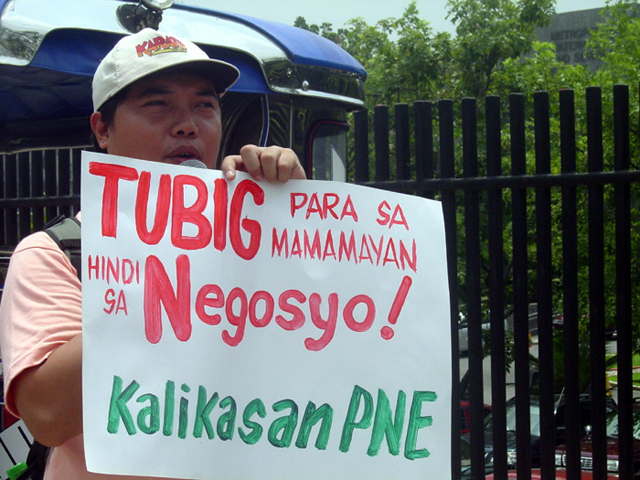 This is the call of the people still suffer from water shortage for almost two weeks now. 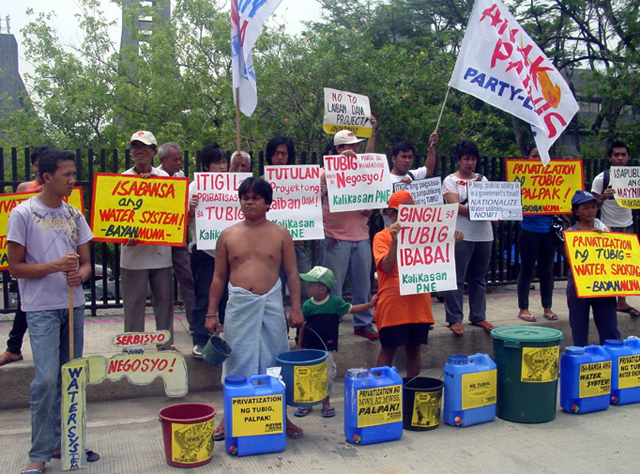 Members of the group under the Water for the People Network (WPN) trooped to the office of the Metropolitian Waterworks and Sewerage System (MWSS) to urge the agency to immediately address the current water crisis in Metro Manila. They said that the failure of MWSS to ensure the provision of clean, adequate and affordable water supply and service in the region is due to privatization. 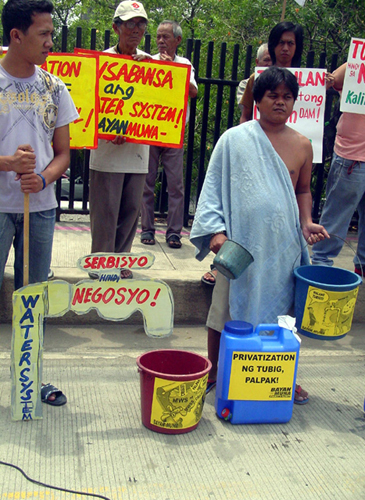 “The water scarcity our communities are experiencing is rooted in the water privatization policy of the government. Previous administration promoted the privatization of our water facilities promising that this will lead to better services and adequate water supply. But the current water crisis is a glaring proof of its failure. This water crisis is bond to worsen if the privatization policy and false solutions in ‘addressing’ this problem is not immediately abandoned by the new Aquino administration,” said Eleonor de Guzman, Bagong Alyansang Makabayan (Bayan) deputy secretary general.

Gay Lord Despuez, a member of Bayan Muna who is among those who still do not have water said that the government should scrap its privatization policy to provide quality service to its people than to the capitalists. 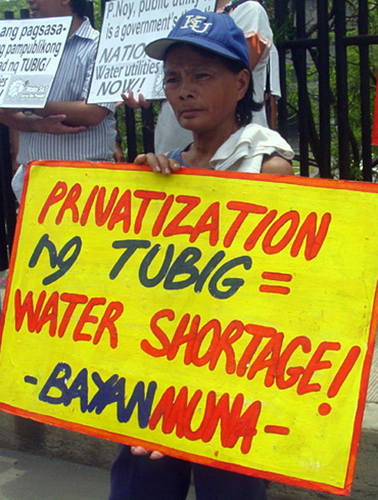 The group also slammed the deals the government is considering to supposedly answer the water crisis. But Dr. Giovanni Tapang, chairman of Agham said that the government does not have to build another large dam to provide the need for water in Metro Manila. “What the Aquino government should do is to nationalize the water provider institutions like Maynilad and prioritize the improvement of its water related facilities,” Tapang said.

WPN also slammed the increasing water rates in spite of the poor service rendered to its consumers. (Bulatlat.com)