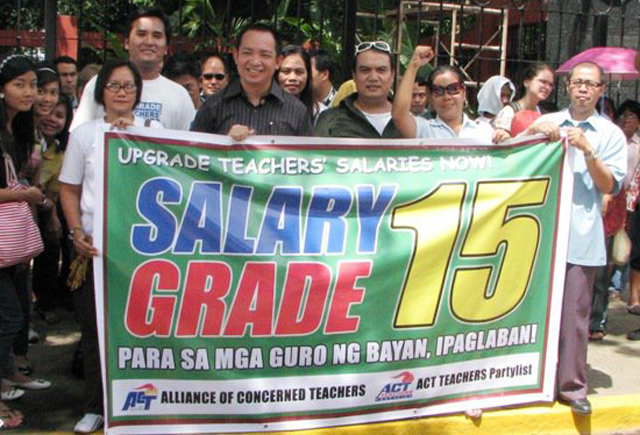 Before filing the bill, ACT Teachers Party-List Representative Antonio Tinio joined members of the Alliance of Concerned Teachers in a short program held outside the main gate of the Batasang Pambansa Complex in Quezon City.

The bill will raise the minimum pay to P24,887 from P15,649 per month, ensuring a decent standard of living for teachers and their families. Those covered by the bill are public school teachers in elementary and secondary schools, vocational and technical schools and state universities and colleges, whether nationally or locally funded. 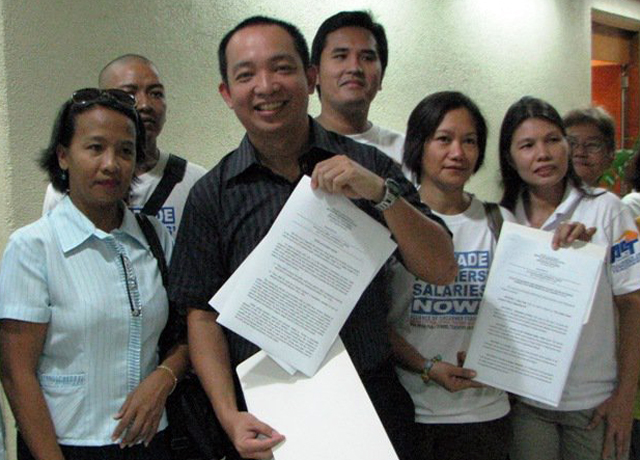 According to Rep. Tinio, the family living wage in the National Capital Region, estimated at P957 per day or more than P21,054 per month, is in sharp contrast with the P15,649 monthly salary of a Teacher I. “In order to cope with this ‘living salary gap,’ teachers resort to borrowing and are heavily indebted to government financial institutions such as the GSIS, private lending institutions, or loan sharks,” he said.

Rep. Tinio noted that uniformed personnel and call center employees receive higher salaries than teachers. “A duly licensed professional teacher occupying the entry-level position of Teacher I, with a monthly salary of P15,649, earns substantially less than a high school graduate who enters the Philippine Military Academy as a cadet, with a monthly salary of P21,709 per month,” he said.

“The salary for call center employment, which requires neither formal education nor bachelor’s degree, ranges from P12,500 to P20,000 a month. It’s no wonder we’re seeing some of our best teachers leaving the country to work abroad, whether as teacher or even as domestic helpers, nannies, or caregivers,” Tinio added. 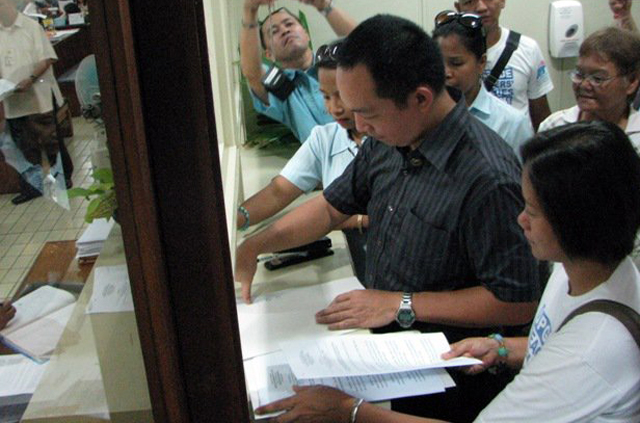 Rep. Tinio expressed confidence that the bill will get widespread support among teachers. “This is important because mass mobilization of teachers at the grassroots level is key to gaining majority support in Congress for the passage of this bill into law. We will meet with teachers all over the country to ensure that they take part in this campaign.” (Photos by Fred Dabu / Bulatlat.com)