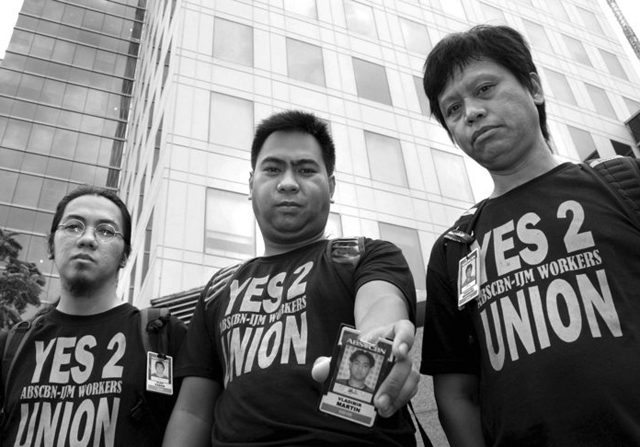 MANILA — Members of the ABS-CBN IJM Workers Union and other dismissed workers held a silent protest in front of the network compound on Friday to denounce the illegal dismissals, contractualization and union-busting at ABS-CBN.

Thirty-seven workers of ABS-CBN’s news and current affairs department have been dismissed, bringing to 92 the number of employees fired from the company’s “Internal Job Market,” the ABS-CBN IJM Workers Union said. (Photo by Bam Luneta / Bulatlat.com)