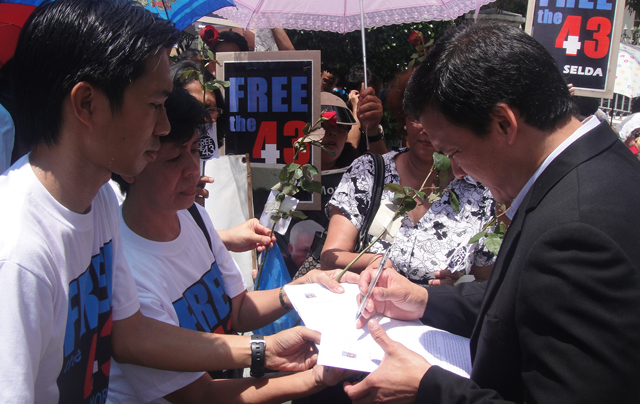 MANILA — The 43 health workers are still languishing in jail, seven months since their arrest in Morong, Rizal.

In a letter, handed personally by the relatives and friends of the 43 health workers on September 8, they reiterated their appeal to the Supreme Court (SC) for an immediate review of the health workers’ case.

“We ask your good office to speedily act on the appeal. We and our loved ones have been suffering long enough,” the petition reads.

The health workers, dubbed as ‘Morong 43,’ were arrested by members of the Armed Forces of the Philippines on Feb. 6 while attending a First Responders Community Health Training in a farmhouse owned by Philippine General Hospital consultant Dr. Melecia Velmonte. 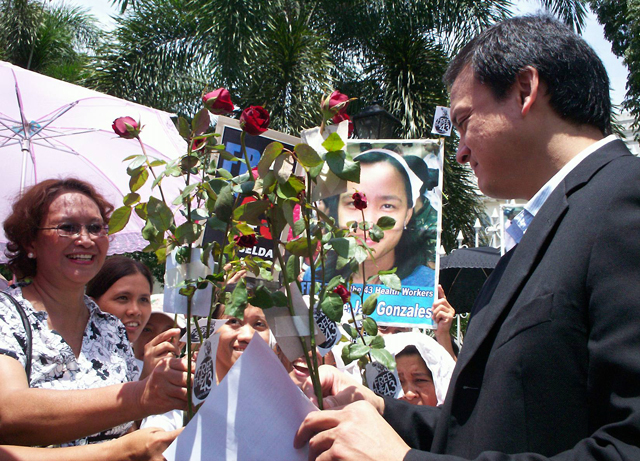 Aside from the legality of arrest and continuing detention, the 43 health workers also seek to review other human-rights violations committed by the AFP such as torture and denial of due process and legal counsel for the 43.

“Furthermore, the Honorable Supreme Court has yet to act on their appeal regarding their petition for habeas corpus,” the petition reads. “It is unfortunate that despite the illegality of their arrest and the fross violations of their rights, they are being unjustly persecuted in the name of national security.” 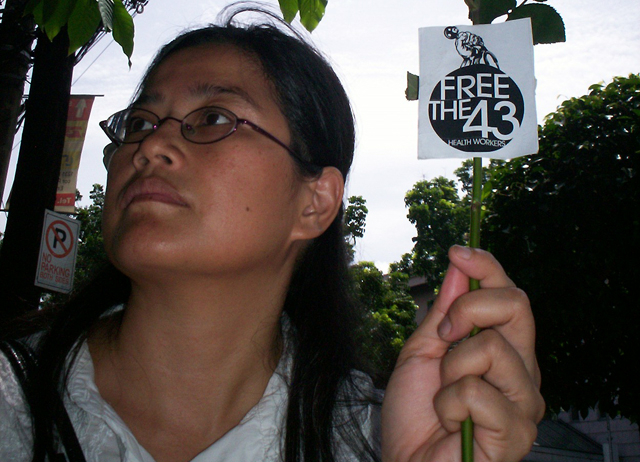 Montemayor said that the SC can also “put an end to the arbitrary arrests propped up by planted evidence and torture-obtained testimonies that have become an unholy practice of the Armed Forces of the Philippines in its counter insurgency program.”

Oplan Bantay Laya, considered as the bloodiest counterinsurgency program launched against the Filipino people, has been extended under President Benigno S. Aquino III’s administration. Montemayor said that OBL has given license to military abuses against civilians, who may meet the same fate as the Morong 43. 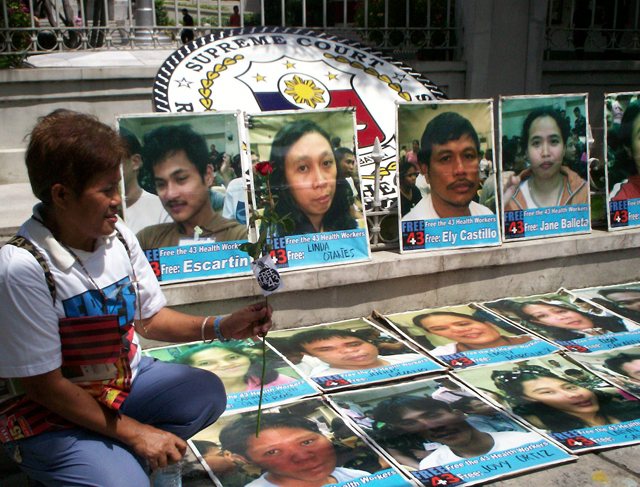 “Everyday of further delay is a day of injustice, not just for the detained but also for their families who have been wrongfully made to suffer a similar torture for seeing their loved ones in jail,” Montemayor said. (Photos by Janess Ann J. Ellao and Free the 43 Health Workers Alliance / Bulatlat.com)