You Are Here: Home → 2010 → September → 14 → Student Abducted, Tortured and Missing for Two Days Before Being Surfaced

Student Abducted, Tortured and Missing for Two Days Before Being Surfaced

Elke Bacalso was abducted on September 8. He is not even an activist, but he is the son of a former political detainee and he campaigned for Kabataan Party-list during the recent elections.

MANILA — At around 4:30 p.m. on Sept. 8, Elke Bacalso, 20, a student taking up education at the Cebu Institute of Technology (CIT), was standing in front of the campus gate when two men dragged him inside a van. He was blindfolded, tortured, and surfaced two days later allegedly by intelligence agents of the military.

Bacalso is not an activist. The only probable reason why he was under intense surveillance and was abducted is that he is the son of a former political detainee and he campaigned for Kabataan Party-list during the May 2010 elections.

According to the urgent action alert prepared by Karapatan, Bacalso’s abductors transferred him to three different vehicles before being brought to a safe house. He was interrogated on his alleged illegal activities and the whereabouts of his father. Bacalso is the youngest of the four children of Julian Bacalso, a former political detainee and coordinator of Society of Ex-Detainees for Liberation, against Detention and for Amnesty (Selda).

If not for the swift response of colleagues and relatives, Bacalso would not have been surfaced. 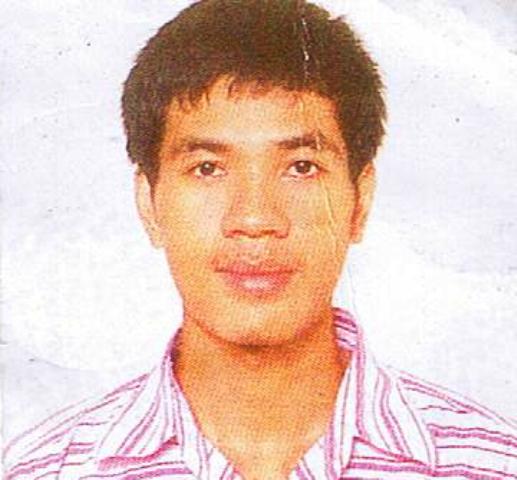 Being a son of a former political detainee and a supporter of Kabataan Partylist during 2010 elections are probable reasons for his abduction. (Photo courtesy of Karapatan-Central Visayas / bulatlat.com)

When Bacalso failed to go home on the evening of Sept. 8, his family contacted members of Karapatan and together, filed a report on Bacalso’s disappearance at the Labangon Police Station at around 8:00 p.m.

The following morning, the search team went to the Philippine National Police (PNP) Regional Office in Jones Ave., Cebu City to report the incident. Then the search team received information that Bacalso was brought to Santander, a municipality in the southernmost tip of Cebu province. The team immediately left for Santander. Upon reaching Santander at around 7:00 p.m., they went to the local police station to report the incident and give a picture of Bacalso. The team spent their evening in Santander and was on their way to continue the search to the next town the following day when they received a call at around 12:00 noon from Bacalso’s family. The family informed the team that Bacalso called from Alcoy, the third municipality north of Santander. The team proceeded there and went straight to the Alcoy Police Station. The police escorted them to the Sta. Rosa de Lima Parish Church, where they found Bacalso.

Bacalso said that minutes before he was released, his captors received a radio message saying “Target with police escort.” After hearing this, his abductors stopped the vehicle and just pushed him outside. He then hired a tricycle and asked to be brought to the church. Upon reaching the church, he looked for a pay phone and made a call to his family. Then he anxiously waited for help to come.

“If we were not quick enough, we may have lost the chance of seeing him [Bacalso] again,” Wilbert Dimol, the victim’s brother-in-law and a member of the search team, said.

In a phone interview with Bulatlat, Dimol related that Bacaldo was speechless when they found him. “He looked traumatized,” Dimol said.

Karapatan’s urgent action alert report revealed that while being interrogated, Bacalso was hit on his left arm with what felt like a stick. He sustained bruises.