You Are Here: Home → 2010 → September → 25 → International Lawyers Hit US Military Aggression in Asia-Pacific, Pin Hopes on Peoples of the World

International Lawyers Hit US Military Aggression in Asia-Pacific, Pin Hopes on Peoples of the World

“Governments are only instruments. The peoples must exercise their power. The peoples are masters of international society. Law is a struggle of the peoples.” — Roland Weyl, IADL first vice president and dean of the Paris Bar Association

MANILA — Experts in international politics lambasted “US military aggression in Asia and the Pacific” during the recently concluded conference of lawyers held in Manila.

“The 20th century was the bloodiest and most violent in the history of mankind and much of the blood is in the hands of US imperialism,” Rey Claro Casambre, a fellow of the Center for Anti-Imperialist Studies (CAIS) told the delegates of the Fifth Conference of Lawyers in Asia and the Pacific (Colap V). 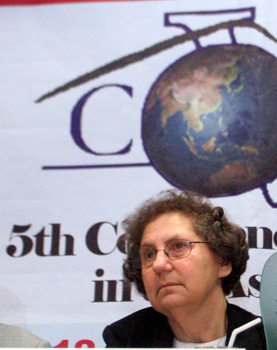 Casambre said the US Pacific Command is a symbol of US domination in Asia Pacific. The US Pacific Command’s 325,000 troops, equivalent to one-fifth of the US armed forces, operate in 36 nations or half of the earth’s surface, he said. Most of the troops are engaged in actual combat and 100,000 are stationed in Japan and South Korea.

Casambre added that while Obama campaigned and won largely on the promise of reversing the Bush administration’s policy of pursuing a “dumb war,” Obama did not make true his words. “He claimed that he is ending the war in Iraq but 50,000 US troops remain there, excluding the mercenary forces hired by the US,” Casambre said. 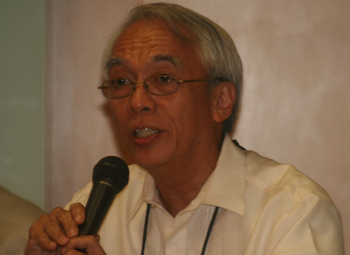 Contrary to his promise, Obama did not close down the Guantanamo prison and has not stopped extraordinary rendition, Casambre said.

The Guantanamo is a detention facility of the United States located in Cuba. The use of Guantánamo Bay as a military prison has drawn criticism from human rights organizations that cite reports that detainees have been tortured there. Sleep deprivation, beatings and locking in confined and cold cells are among the alleged acts of torture being used.

Extraordinary rendition, meanwhile, refers to the abduction and extrajudicial transfer of suspected terrorists to safehouses of the Central Intelligence Agency in different countries around the world, especially to those which allow torture.

Under the so-called targeted killing program of the United States, the Central Intelligence Agency and the US military have the authority to hunt and kill individuals far away from the battlefields in Iraq, Afghanistan and even the Pakistani border regions, and potentially anywhere in the world.