You Are Here: Home → 2010 → September → 25 → International Lawyers Hit US Military Aggression in Asia-Pacific, Pin Hopes on Peoples of the World → Page 2

International Lawyers Hit US Military Aggression in Asia-Pacific, Pin Hopes on Peoples of the World

In a press conference on Sept. 18, Jeanne Mirer, president of the International Association of Democratic Lawyers (IADL), also criticized the targeted killings. “Extrajudicial killing (EJK) of this type is illegal. The whole idea of EJK is anathema to international law and human rights law,” Mirer said.

Obama and Bush: No Difference

“It does not surprise me…The only difference is that Bush does it the hard way while Obama does it the soft way,” Roland Weyl, IADL first vice president and dean of the Paris Bar Association, said.

“The Asia Pacific is surrounded by US military bases…[in some countries], there is the VFA [Visiting Forces Agreement], military demonstrations against North Korea,” Weyl said.

“Obama lied to us. He has not changed anything,” Luis Roberto Zamora Bolanos from Costa Rica, a constitutional lawyer advocating against sending troops to Iraq, said. 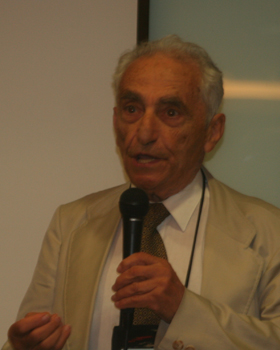 “How naïve could we be for believing that he [Obama] can change things? He does not and will not,” Bolanos said, adding that US foreign policy would remain the same.

Quoting former US Secretary of State Henry Kissinger, Bolanos said, “In every international forum, they would keep on talking about change but they would still maintain the status quo,” Bolanos said.

“Why on earth are there US military bases in Latin America? It is there to limit the political independence of countries,” Bolanes said. “Asia is under constant aggression not only by the US but by countries with US military bases,” he added.

“War is an economy…the manufacturers of high-tech weapons are the ones that put presidents into power,” Bolanos added.

US, Violator of UN Charter

Weyl said US military bases and the military alliances it formed are infringing on the United Nations (UN) Charter. He said even a defensive/preemptive alliance is forbidden in the UN Charter and that the purpose of the Security Council is to maintain and restore peace. 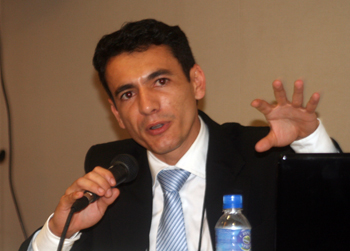 “But the US is replacing the UN Charter system with the US system,” Weyl said.

Weyl said during the first Gulf War, the US bought the votes of states in the Security Council. During the recent US invasion of Iraq, Weyl said, the Bush-Blair coalition was not able to secure the vote of the majority in the UN Security Council in favor of the war but nevertheless proceeded with it.

Bolanos said the UN charter is a document obeyed by no one. “It is most absurd and most ridiculous that the UN headquarters is in a country that violates it most,” Bolanos said, noting that none of the UN members have been sanctioned.

Peoples of the World

Governments are only instruments, Weyl said. “The peoples must exercise their power. The peoples are masters of international society.” Weyl said. “Law is a struggle of the peoples.”

Bolanos said peoples must learn how to resist US aggression.