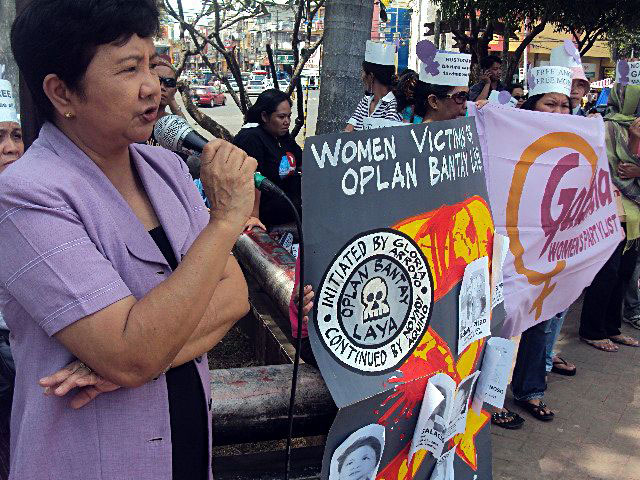 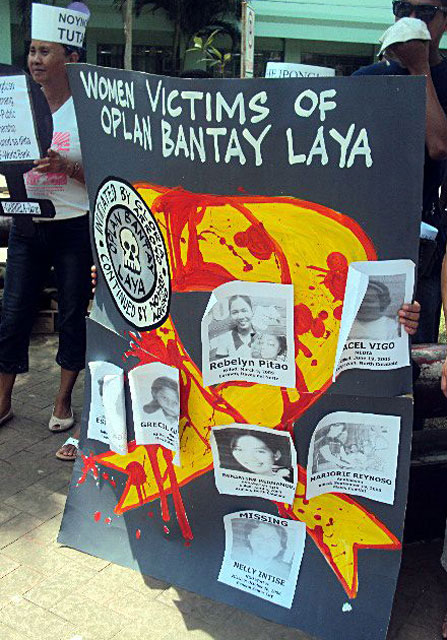 DAVAO CITY — On October 28, members of Gabriela marched in the streets of Davao City during the commemoration of the 27th year of National Day of Protest of Filipino Women, protesting the continuing state violence and oppression against Filipino women under the administration of President Benigno Aquino III. Gabriela slams the anti-women and anti-people policies of Aquino, including the extension of Oplan Bantay Laya and the Conditional Cash Transfer program, which will not address the root cause of poverty. 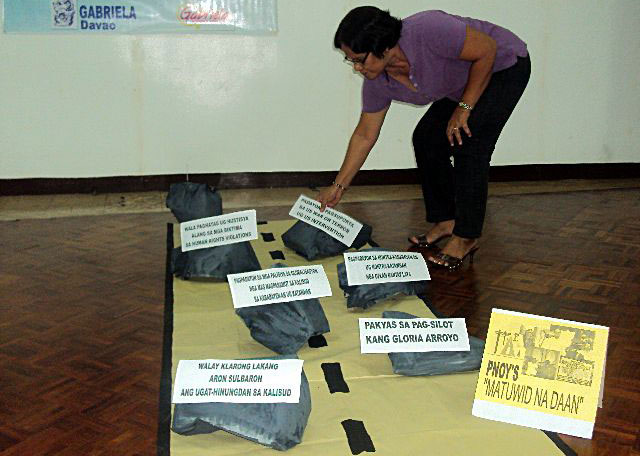 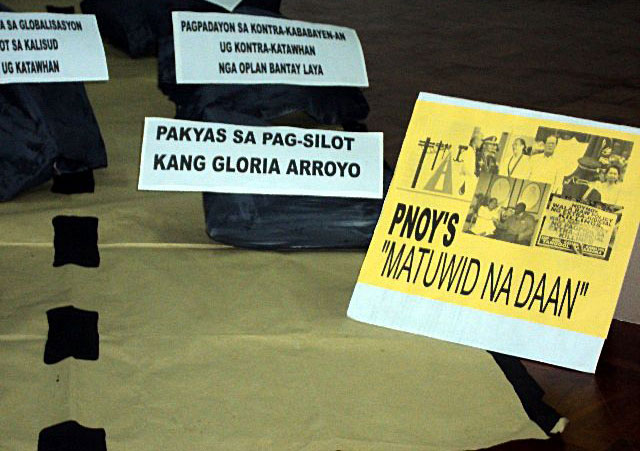 During a forum held last October 27, Gabriela-Davao criticized Aquino’s campaign slogan ‘Matuwid na Daan’, claiming that it is “more of a rough road for Filipino women with the continuing subservience to foreign dictates and pervading issue of human rights violation.” (Photos courtesy of Gabriela-Davao / Bulatlat.com)