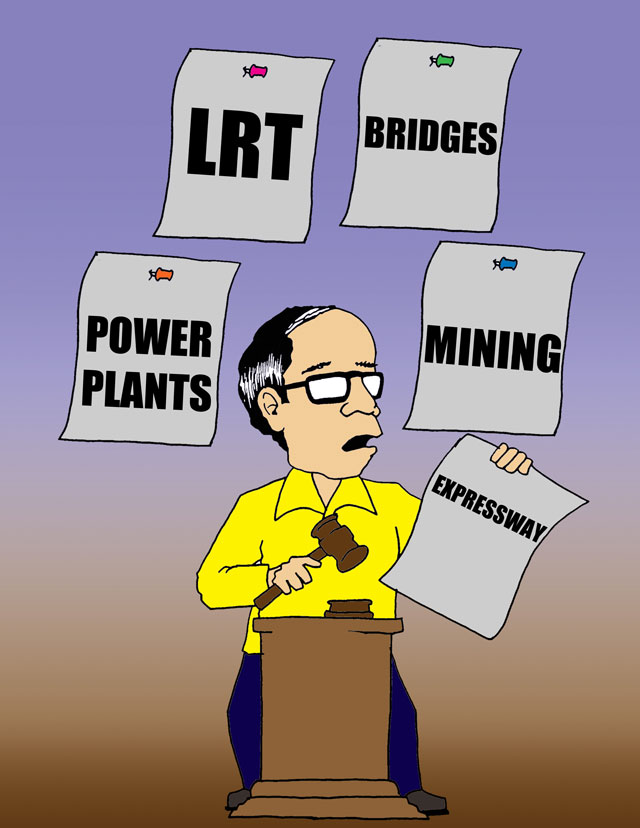 When President Benigno Aquino III promoted the government’s infrastructure projects for Public-Private-Partnerships before foreign investors at the Marriot Hotel November 18, progressive groups rallied outside shouting “The Philippines is not for sale.” Critics say experience with similar schemes before showed that it upholds the interest of foreign corporations and local elite at the expense of the Filipino people.