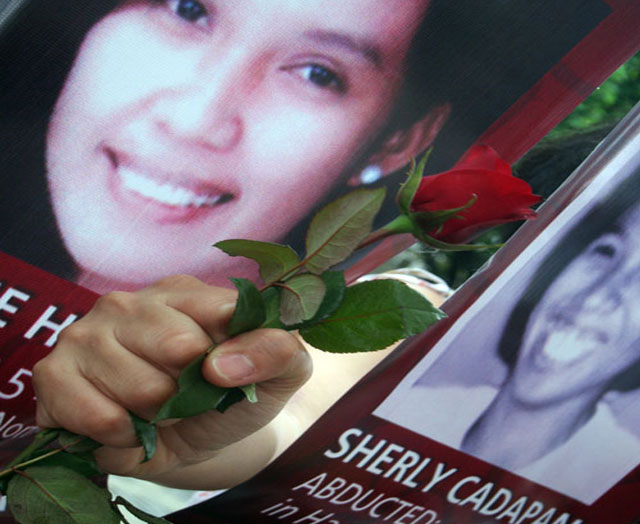 Cristina Palabay, convenor of Tanggol Bayi, said that there is no single case of human rights abuse allegedly committed by the state against the defenders of human rights that has been resolved.

“Not one of the perpetrators of these gruesome executions, enforced disappearances, torture and illegal arrests has been accountable by the government of Aquino,” Palabay said in a statement. 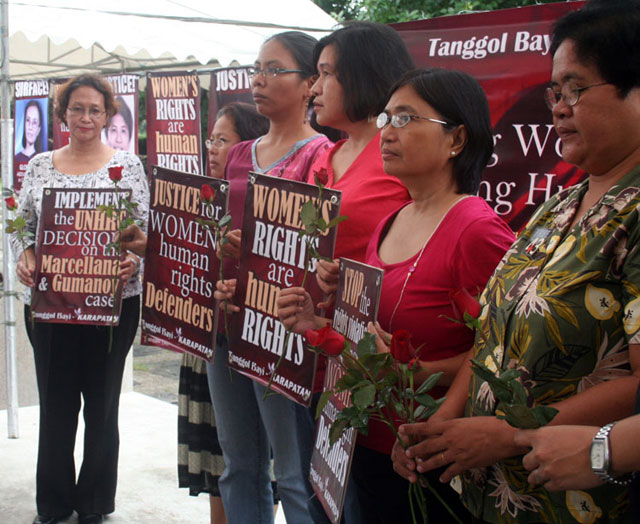 According to Tanggol Bayi, under the Gloria Macapagal-Arroyo’s term, 153 women were victims of extrajudicial killing, 31 of enforced disappearance, while 63 women political prisoners who are victims of illegal arrest and detention continue to languish in jails and detention centers. 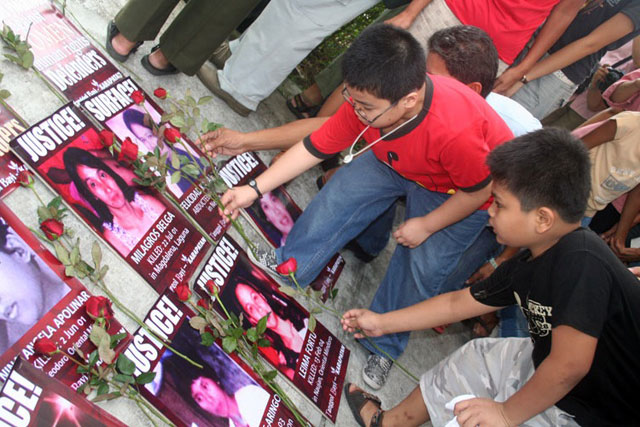 Lorena Santos, daughter of Leo Velasco also saluted the families of victims who went on to the struggle of their missing loved ones. “This day is also for the wives, daughters, and sisters who took the courage to take part of the struggle for justice not only for our loved ones but to other victims as well.” Velasco is a consultant of National Democratic Front of Philippines (NDFP) and went missing in Feb. 2007 by alleged agents of the state.

There are 3,280 cases of threats, harassment and intimidation according to Karapatan. These also include the human rights defenders who were charged with fabricated cases while there are 16 victims of torture among the 23 who were illegally arrested since July 2010.

“As the violation of human rights continues not only of women but also of men, the human rights defenders will still fight for justice no matter what,” said Gurley Padilla of Tanggol Bayi. (Bulatlat.com)