You Are Here: Home → 2011 → January → 12 → Alain de Botton: The Consolations of Philosophy and the Art in Everyday Existence

Alain de Botton: The Consolations of Philosophy and the Art in Everyday Existence

MANILA — There are no step-by-step guidebooks to life, and most people simply try to get by from day-to-day. Writer Alain de Botton, however, offers his body of work as Post-its and reminders that there is so much more to living than being awake. His series of clever, compassionate and intellectually stimulating books on philosophy and art tries to provide insight into the lighter side of the human condition and the difficulties of coping with the world’s challenges. 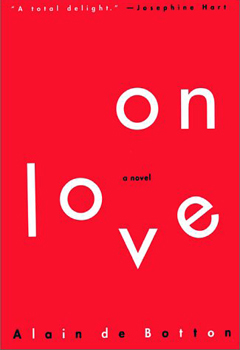 Here, de Botton writes a treatise on love, using theories from various schools and periods. The narrator tells a story of one specific experience in falling in love — his own — and he describes moment-by-moment how he came to fall in love with a woman named Chloe. Anyone who has ever gone through the experience of romantic relationships can relate to the author as he goes through the ups and down of being with another person. But before you can scoff and dismiss the book as an expanded excerpt from, say, Cosmo or any other glossy magazine devoting pages and pages to female confusion about the opposite sex, On Love makes clever and intelligent use of theories in art and literary criticism, political discourse, and religious worship, and applies them to romantic situations.

For instance, when confessing the difficulties of understanding his girlfriend, he says it’s a battle between the two schools of Marx — the one founded by the German proletariat Karl, and the other being led by Groucho. The self-sacrificing, humanity-embracing philosophy of the former is what he truly wants to live by when dealing with problems with his beloved, but often when he loses patience (and when the beloved throws a fit as well), everything deteriorates into a situation reminiscent of the skits by the latter and his brothers.

Love, as the cliché goes, is a battlefield; and it is fraught with conflict ranging from small to enormous. Inevitably, however, there will either be a comfortable peace or the damage wrought too extensive for repair. In the book, the story ends with hope after a broken heart, but solace is found in poetry and the syrupy torch songs.

This is the first book de Botton wrote, and it sets the tone for the other books he has written through the years. He writes with intelligence and humor, compassion and an unstated but evident wish to help readers make sense of the chaos that is the romantic world as we know it. 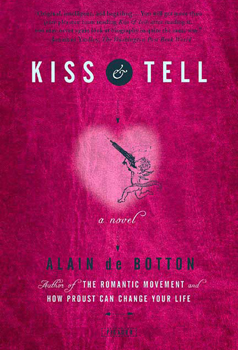 Here, de Botton creates an ersatz biography of another girlfriend, and as he does this, he posits a few questions: Does one really need to be known to be written about? Or is any life so long as it has been lived well worth describing? In the progression of his biography of Isabel, an ordinary woman with an ordinary background and a less than successful career in publishing, it becomes evident that there really are no ordinary lives: the minute details of our day-to-day existence become weighted by meaning when we glean lessons from them. From these lessons we learn, and the mistakes or weaknesses of our past also become valuable for the same reason.

The uniqueness of every human life depends on how we experience every moment, every challenge, and how we respond to them, either to betray grace under pressure or to show the yellow feather and run. Truth were told, all lives are interesting if told right; but what is crucial in biographies is not the tribute being paid to the subject but how the life as it is written impacts on the reader.

De Botton’s subject Isabel captivates his biographer with the little quirks of her character, and inspires in him affection. While primarily the book reads like an offbeat romantic comedy, there’s more than it in the end because of what the more analytical reader can realize about the difference between the lives of ordinary folk (who are seldom written about) and the members of the ruling classes (who erect statues, build museums, publish books after their own deeds and themselves). Isabel is an ordinary girl, but because she inspired the narrator, she became the subject of his scrutiny and writing.

There are biographies of men and women who enjoyed immense wealth and power, but what do these books say to readers: “Get rich like me or you’re a loser”? Then there are the biographies of people who quietly devoted their lives to causes that seek to redeem humanity and give hope to the following generations. De Botton does not make specific distinctions nor does he lay down judgments, but leaves it to the reader to discern for himself what matters most when reading biographies (or choosing subjects for biographies, for that matter).

A life well lived means a life that was also lived for others: it is here where the uniqueness of a specific life is more defined. 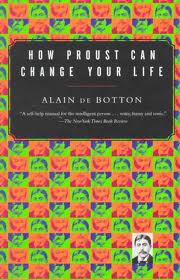 The genius Marcel Proust, according to de Botton’s book, is a hypochondriac who alternately spent his days sick in bed and writing long sentences and meandering observations.

Here was a man who enjoyed the good life but at the same time, always feared being ill that he seldom went out. He lived with his mother all his life and seldom left her side, but he was able to describe places and imagine events in his work that betrayed a well-traveled, worldly and experienced individual. Here was a man who was said to have talked in monosyllables with James Joyce, but wrote In Search of Lost Time wherein he devoted a total of 17 pages to describing a man toss and turn in bed because of insomnia.

Proust can change your life if you choose not to live like him and, instead, live the way Proust wrote: actively, consistently and with grace. Proust may not have been able to live an active life, but as a writer he was prolific, observant, embracing the world. De Botton uses examples from Proust’s life and dealings with others as guideposts on how to live: be resolute and active in pursuing what you believe what will make you a productive human being even if Proust mainly didn’t. The products of Proust’s life — his books, his letters — were, suffice it to say, better than his actual life and how he spent it.

What this humorous yet analytical work seems to say is that the learning about the lives of celebrated writers have the effect of making more discerning and more critical when reading their work. While there are those who much prefer critiquing works of fiction without making much mention of the life of the writers who created them, it is still instructive to not lose ourselves in the work without knowing who was behind it lest we find ourselves misled.