You Are Here: Home → 2011 → February → 3 → News in Pictures: A Year Since Gregan’s Death, Groups Continue to Demand Justice and Accountability

News in Pictures: A Year Since Gregan’s Death, Groups Continue to Demand Justice and Accountability 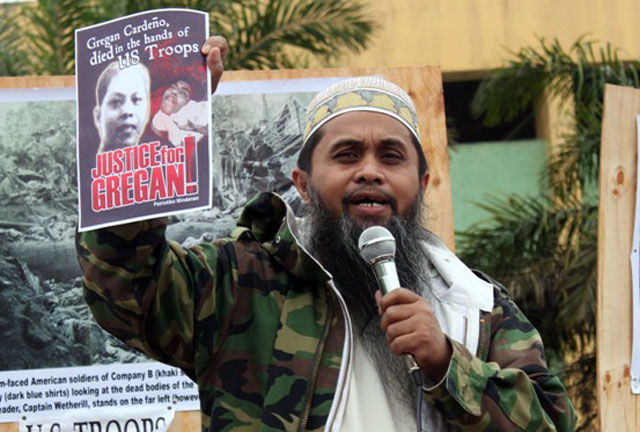 MANILA — Marking the first year since the death of Gregan Cardeño, a Filipino who died inside Camp Ranao in Marawi City while working as an interpreter for the US troops, various groups held a memorial rally on Wednesday to demand justice and to hold those behind the incident accountable.

Relatives of Cardeño were joined by church people and members of the Sisters’ Association in Mindanao, InPeace Mindanao, Justice for Gregan Cardeño Movement and Patriotiko Mindanao in an interfaith prayer at Marawi State University, followed by a protest action in front of Camp Ranao.

According to Patriotiko Mindanao, authorities ruled Cardeño’s death as a suicide, but later, autopsy showed his body had bruises and punctures all over, indicating he was physically tortured. The group added that the American troops are withholding information from the family and the court about the circumstances behind Cardeño’s death. 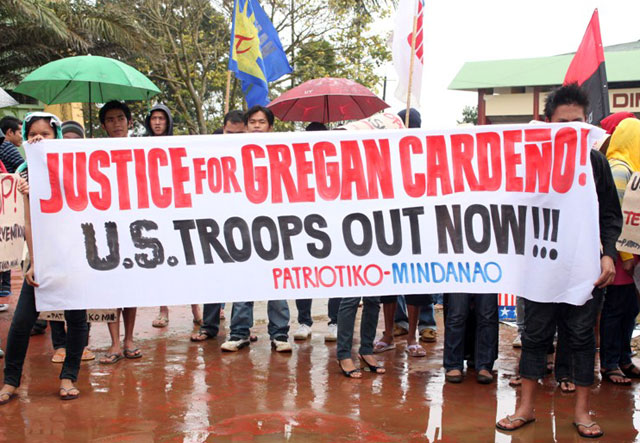 The groups called on the Aquino administration to address the continuing US military presence in the country and for Congress to abrogate the RP-US Visiting Forces Agreement.

“The most essential question is why are US troops here in the first place. It seems that beyond the Visiting Forces Agreement and the Balikatan exercises, the US as a military superpower is now deploying its troops here, there and everywhere. For how long,  we do not know. And when a crime or infraction involving them happens, they escape accountability,” the group said in their statement. 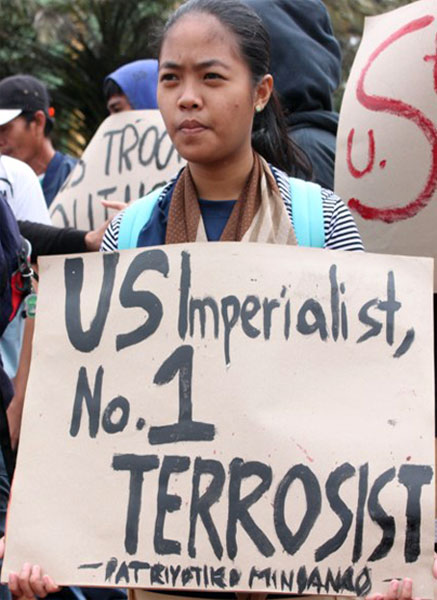 Patriotiko Mindanao added that Cardeño is not the first Filipino victim of US military abuses, citing the cases of Nicole, who was raped by US soldiers but later was forced to recant her charges, and of farmers and Moro civilians being wounded and killed in areas where Balikatan exercises are held. The group also expressed fears that such human-rights abuses will continue under the Aquino government which follows the US Counterinsurgency Guide and allows the US military to maintain permanent basing rights in any part of the country.

“It has been more than a decade now since the signing of the Visiting Forces Agreement and we, from the sectors in Mindanao, still call on our government to act, protect our patrimony, stand for our sovereignty, and uphold our rights.  This past decade has inflicted much wounds on people like Gregan, wrought by the brute force and arrogance of the U.S. military, and by the Philippine army that are recipients as well of the US military aid.  Such wounds cry for justice,” the group said. (Photos courtesy of Patriotiko Mindanao /