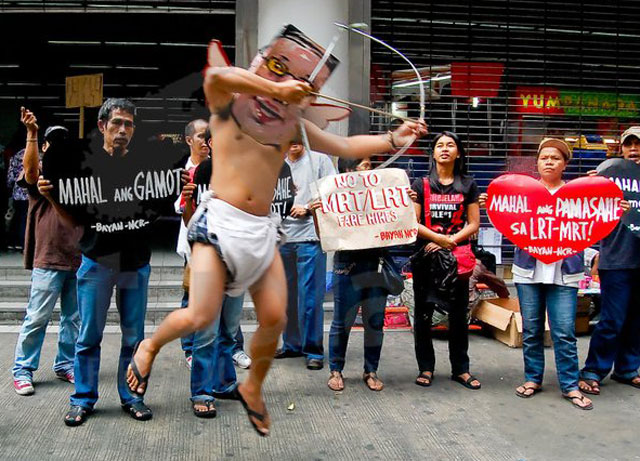 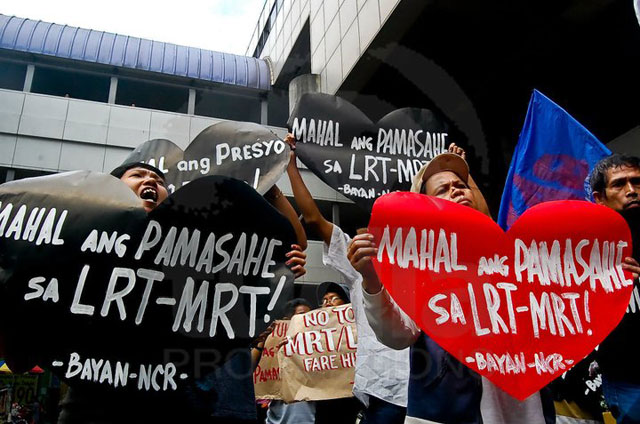 Various groups, led by the Riles Laan sa Sambayanan (RILES) Network, participated in the two-day public consultations on the fare hikes held at the LRT2 depot in Santolan, Pasig. The group reiterated its opposition, calling the MRT-LRT fare hikes as ‘anti-people.’ 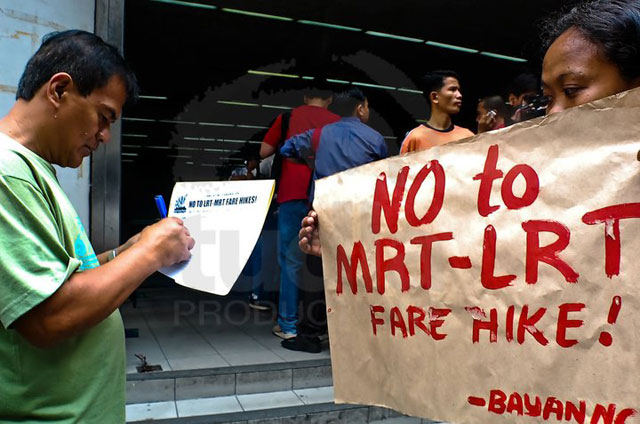 “The poor sectors of society, comprising the majority of the MRT and LRT riding public, have pleaded since last year for Malacanang to have compassion over the sorry plight of the poor. It seems that compassion for the poor is the least on their considerations,” said Sammy Malunes, spokesperson of RILES Network. (Photos by Tudla Productions / 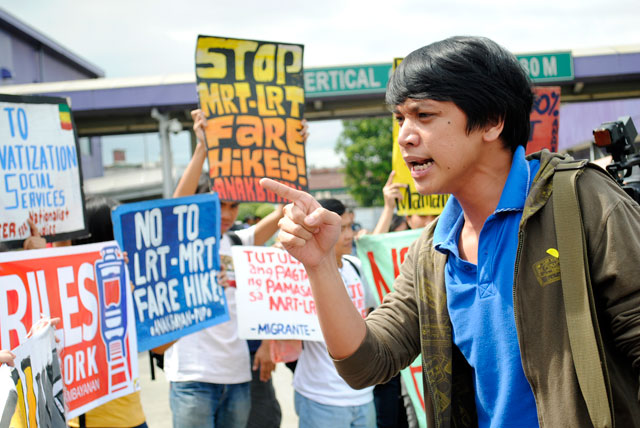 After the public consultation on Friday, progressive youth groups held a protest action outside LRT2 Santolan station, calling on the Aquino administration to withdraw the proposed fare hikes. (Photo by Alvin Joseph Tenedero /