News in Pictures: Edsa People Power I at 25 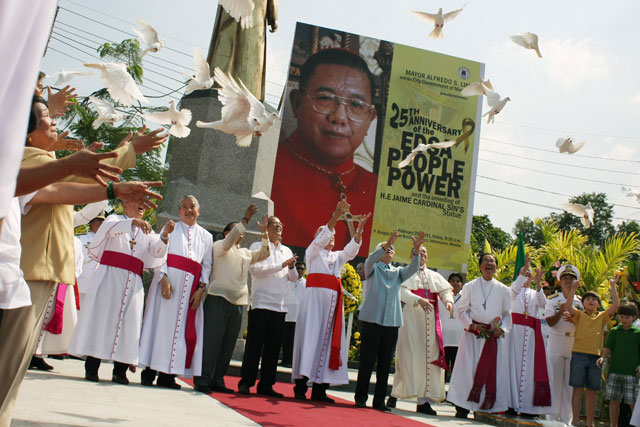 MANILA — On February 25, President Benigno S. Aquino III spearheaded the unveiling of the Cardinal Sin Statue as part of the celebrations of the 25th anniversary of Edsa People Power I. Doves were released as a sign of democracy in the country.

On February 23, the Yes Pinoy Foundation organized the formation of a human mosaic composed of 1,600 students from Rizal High School in Pasig City. The activity, dubbed ‘Pilipinas Got Bukas,’ aimed to engage the youth towards volunteerism. (Photos by Gregorio B. Dantes Jr. / 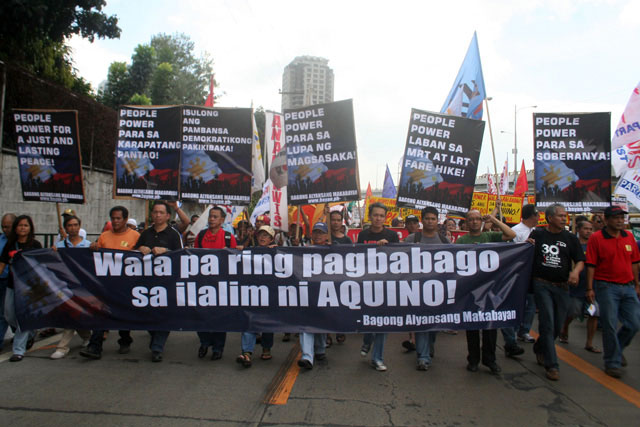 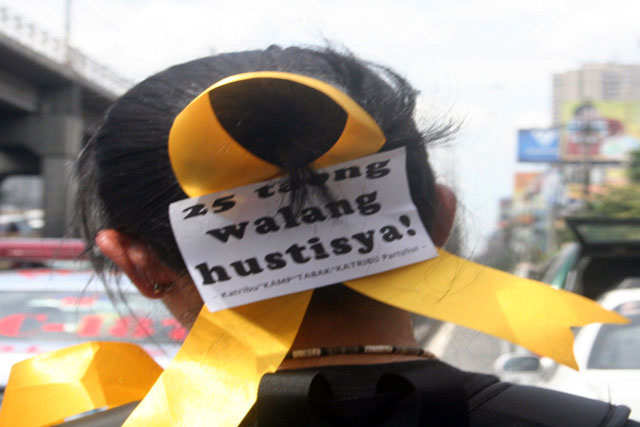 Amid the festive celebrations sponsored by the Aquino administration, various progressive groups marked the 25th year since Edsa People Power I with protests actions. On February 24, the protesters trooped to the office of the Department of Transportation and Communication (DOTC) in Ortigas then proceeded to the People Power Monument and to the general headquarters of the Armed Forces of the Philippines in Santolan.

According to Bagong Alyansang Makabayan secretary-general Renato Reyes Jr., all post-Edsa I regimes failed to deliver on the promise of change. “Twenty-five years after Edsa I, and 10 years after Edsa II, the Filipino people continue to face problems of poverty, landlessness, unemployment, human rights abuses, corruption and unequal foreign relations. There is no real change, instead there are many failed promises under the ‘daang matuwid’ (righteous path) of Benigno Aquino III,” he said.

Meanwhile, youth groups slammed the lavish celebrations amid the non-stop increases in the prices of basic commodities, transportation fares and tuition fees that burden ordinary Filipinos. “Clearly, this government does not serve for the interest of the majority of the people,” Kabataan secretary-general Vencer Crisostomo said. (Photos by Anne Marxze D. Umil /