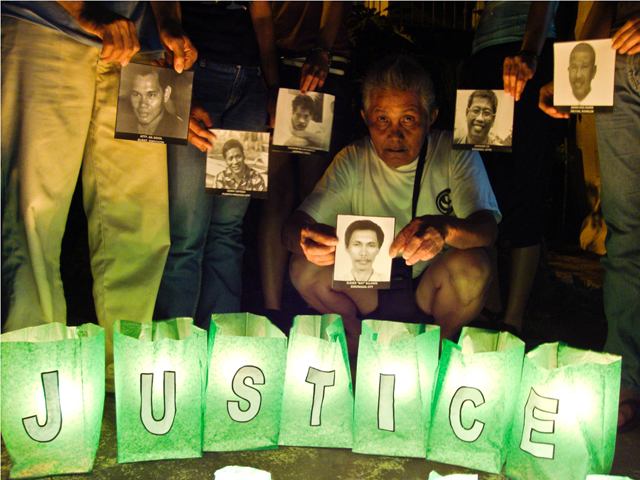 The activity, held in Bulwagang Nicanor Delos Santos in Quezon City, coincided with the commemoration of the 2nd year since the brutal killing of anti-mining and environmental activist Eliezer “Boy” Billanes in Koronadal City on March 9, 2009.

Billanes led the fight against the destructive Tampakan gold-mining project owned by foreign mining companies Xstrata and Sagitarrius Mining Inc. In recognition of his environmental advocacy and leadership, Billanes was posthumously awarded with the Gawad Bayani ng Kalikasan in 2009.

“Today we remember and cherish the contributions made by Eliezer “Boy” Billanes, Dr. Gerry Ortega, Leonard Co, Armin Marin and many other martyrs who contributed so much to the point of sacrificing their own lives for the protection of the environment and for the defense of people’s rights to their natural resources,” said Pia Malayao, spokesperson of Defend Patrimony, a national alliance against mining plunder.

According to the monitoring of environmental group Kalikasan-PNE, 37 environmental activists were killed since 2001 and were mostly involved in campaigns against large-scale mining projects. Suspected perpetrators of these killings are police, military, and private security forces of private corporations.

“Environmental defenders like forest rangers, indigenous people, biodiversity experts, and anti-mining activists are still preys of human rights violations and extra judicial killings. Even worse, the perpetrators of these acts of harassments, abductions and murder remain at large and unprosecuted. Until now, not a single case of killing was solved.  Justice has not been rendered to the families and friends of the environmental martyrs,” Marjorie Pamintuan, spokesperson of Kalikasan PNE, said. (Photos courtesy of Kalikasan-PNE /