TABUK CITY, Kalinga (April 4, 2011) – The curiosity of this scientist who never stops “wandering” for answers is now making wonders.

For endlessly answering whys, Kalinga native Corazon Kub-ao Ryan, 52, a Gawad Saka national awardee in fishery category in 1997, is getting both fame in the world of agriculture and science.

Gawad Saka is the Department of Agriculture’s yearly search for agricultural achievers.

Initially raising eyebrows among local farmers, Corazon and her British husband Jeremy converted a hectare of their prime rice farm here into “bugnay” (mulberry) farm. “We intend to have more,” an insistent “Azon” said as she began stripping a branch for marcotting at her bugnay tree plantation in Mapaoay, Ipil in Tabuk City.

A hectare of prime rice farm along the Tabuk plains produces a minimum of 150 cavans of palay.

But bugnay “paid more…. and more…” Azon, a BS Biology graduate from the University of Baguio, said. 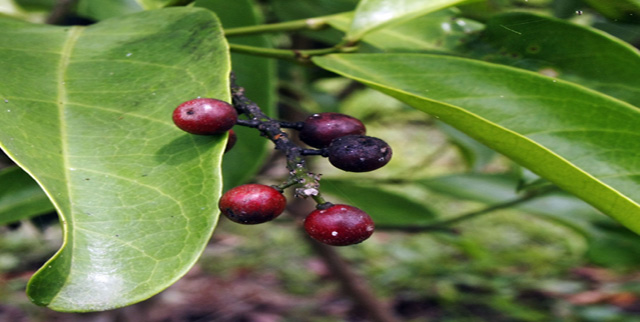 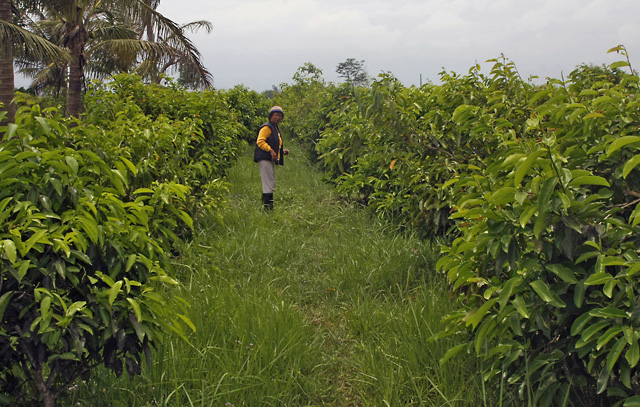 More than the financial returns though is the gratification of her curiosity, the former Overseas Filipino Worker in United Kingdom added.

They never had reason to regret the gamble they took since 2008. In fact
the Ryans are expanding their bugnay tree farm by half a hectare more and they may further expand still.

The promise of bugnay wine-making has indeed lured the couple into risking the sure income to be derived from rice farming.

Aside from sales in wine and juice, the couple is also making brisk sales of marcotted bugnay seedlings priced from P500.00 to P2,000.00 per seedling depending on the size of the trunk.

Corazon said that although the Ryan and Sons Winery wines are dearly priced at P300.00 compared to the P100.00 to P200.00 price tags of other locally produced bugnay wines, they do not have problem disposing of their stock. “People love it because we pick the fruit ripe.”

The Ryan’s farm which is seven kilometers from the center of the city has also become one of the main destinations of city-tours here because of its uniqueness. It happens to be an integrated farming venue. “We do aquaculture here, which is integrated with the winer,” Azon said.

She said that many of her bugnay juice concentrate customers are medical doctors “because they know the health and nutritional value of the juice.”

She claimed that depending on the creativity of the individual, bugnay juice could be used for numerous purposes including making beverages and marinating agent.

“While other bugnay wine makers get their berries from wild bugnay trees, ours come from a cultured plantation. We use vermicast in the marcotting and planting stages and the processing of vermicast entails cost,” Azon said.

The Ryans produce their own vermicast in their farm. Vermiculture and composting help them a lot in the plantation, Azon said.

Corazon said that although she counts among her bugnay seedling clients some local farmers, she does not know of any farmer who is intending to go into bugnay berry production in the scale they are doing.

Azon avoids however to urge farmers to leave rice production for bugnay, “because if something goes wrong, they might blame me.”

She sees their orchard as a boost to the local wine-making industry in Kalinga because except for her, the wine makers are dependent on wild bugnay trees for their raw materials.

“It helps in the livelihood of women engaged in wine-making and also those doing food processing because bugnay is excellent for jam, jellies, juice and candies,” she says.

“People who know wines (like me who loves wines) will appreciate quality bugnay wine even if these cost much higher.”

“From Citylife To Village Heavens”

The Ryans both grew up in the city. Jeremy, 57, grew up in UK and Azon in Baguio City. Nobody could have expected them to move to the slower agricultural life in Tabuk later on in their lives.

“We looked from Kalinga to Laguna for a hectare of land.”

“My life was perhaps a long-time experiment,” Azon admits. “With the plantation, I am doing it in a scientific way.”

The traditional bugnay tree produces fruits once only in a year. “I am discovering how these wonder trees can bear fruits twice a year,” Azon enthuses. “There is a female that bears fruits twice a year (at least in my environment).”

Unlike traditional bugnay tree growers and wine makers, Azon likes to push her plantation to the limit. But not too intrusive because everything is organic and scientific, she said. “I want to learn things everyday,” the self-made scientist said. Even the DOST, DA and other government agencies’ researchers and officials have been flocking to her farm to learn about discoveries and studies.