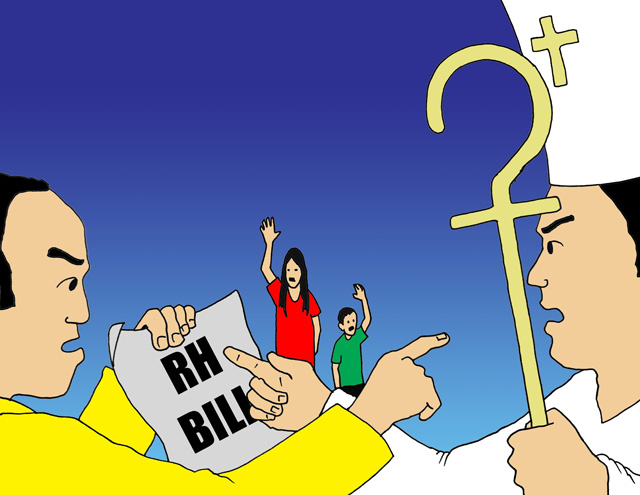 The debate over the RH bill has been heating up. The Catholic Church initially threatened to launch a civil disobedience campaign and the Aquino government countered by threatening those who do so, especially those who declared that they would not be paying taxes, with charges of inciting to sedition. During the past few days, the public was treated with a debate of sorts between opposition leader Rep. Edcel Lagman and Rep. Manny Pacquiao, the new anti-RH bill poster boy. Ironic but it is the men who are debating over the RH bill, which would greatly affect women. It is the women’s voice that should be heard in all this.