“This is only the continuation of the 2005 bungkalan” said Rodel Mesa, Ambala spokesman. “The 500 hectares which RCBC claims is ours; it’s part of the 6,453 hectares that should have long been turned over to the farm worker beneficiaries.”

They continue to take collective action to right decades of wrongdoing.

Farm workers led by the Alyansa ng mga Manggagawang Bukid sa Asyenda Luisita (Ambala) and the United Luisita Workers’ Union (ULWU) have once more demonstrated their determination to defend their claim to the lands of Hacienda Luisita by beginning to cultivate some 500 hectares of land the Rizal Commercial Banking Corporation (RCBC) and the Luisita Industrial Park Corporation have fenced. The land is located in Barangay Balete inside Hacienda Luisita owned by President Benigno Aquino III’s family. 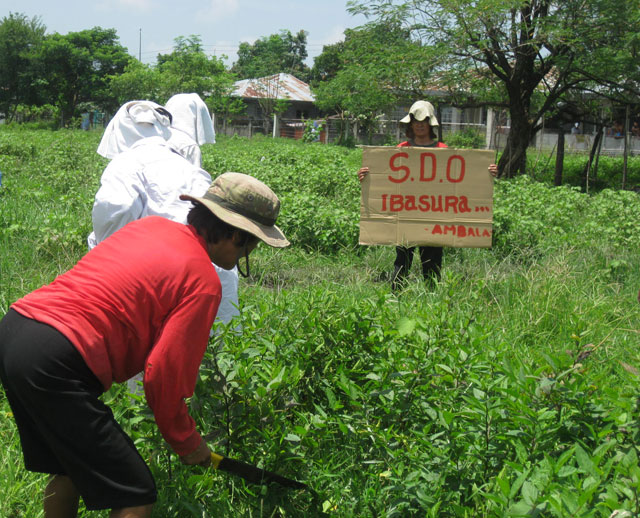 Quoting reports from Ambala, Ramos said that more than 200 Hacienda Luisita farmworkers, including village officials, joined the “Bungkalan” (cultivation) campaign. He said the farmworkers also put up placards and signs declaring their opposition to the referendum ordered by the Supreme Court to supposedly settle the dispute once and for all.

“The farmworkers cut away the cogon grass and began clearing the area for cultivation. They are fully determined to boycott the SC’s referendum and continue the fight to own and till the lands of Hacienda Luisita,” he said.

Together with village officials, the farmworkers gathered at Calumpang, Barangay Mapalacsiao for a short program before proceeding to the lot being claimed by the RCBC in Barangay Balete.

“This is only the continuation of the 2005 bungkalan” said Rodel Mesa, Ambala spokesman. “The 500 hectares which RCBC claims is ours; it’s part of the 6,453 hectares that should have long been turned over to the farm worker beneficiaries.” 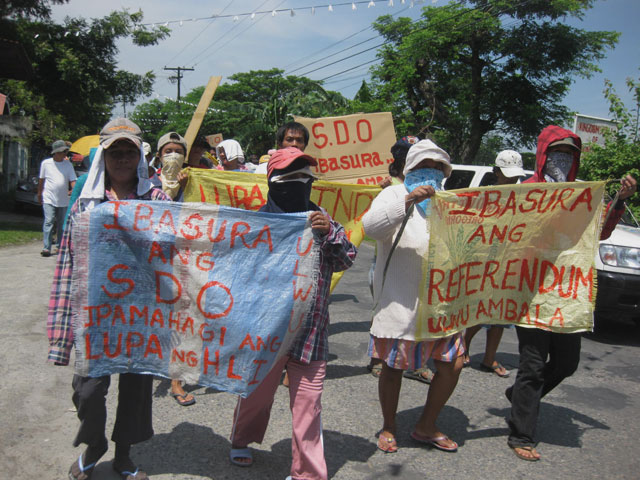 “We are in a position to pursue what is legal and just. Hacienda Luisita is government land, subject to land reform and it should be distributed to the farmworkers. The Cojuangcos are the ones to blame for all these problems and complications,” said the farmers led by the Alyansa ng mga Manggagawang Bukid sa Asyenda as they claim the lands of Hacienda Luisita by working on the 500 hectares “illegally sold” to the Rizal Commercial Banking Corporation ( RCBC). (Photos courtesy of Alyansa ng Magbubukid sa Gitnang Luson / bulatlat.com) 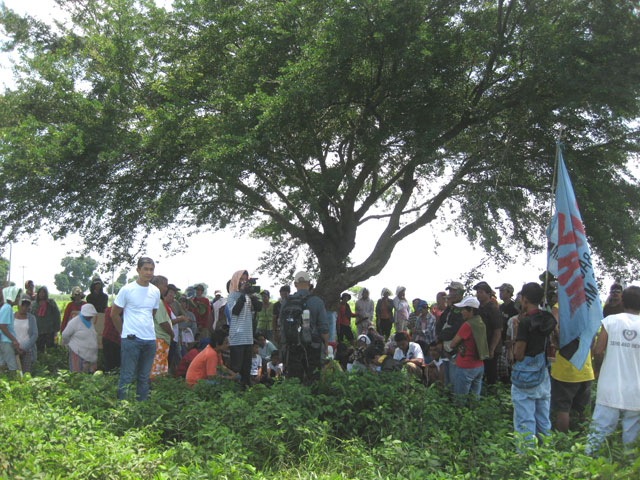 As of this writing, the farm workers bungkalan campaign have already covered more than two hectares using a few hand tractors, bolos and a tractor. The farm workers intend to plant rice and vegetables in the area, but they also brought with them mango and santol seedlings. The Ambala and ULWU will also set up a camp-out in the area to defend their rights to the land.

“It’s the Cojuangcos who are making things complicated”

Last July 5, the Supreme Court ordered the Department of Agrarian Reform (DAR) to conduct a referendum in Hacienda Luisita and let the farm workers choose between land and stocks. It also ruled that RCBC and LIPCO had purchased the lots under question on the supposedly “ honest and well-founded belief” that the previous registered owners could legally sell and convey the lots. This despite the fact that the lots were previously placed under the coverage of the Comprehensive Agrarian Reform Program (CARP).

The SC said that the “RCBC and LIPCO acted in good faith in acquiring the subject lots.”

Ramos said that the SC seriously erred in this declaration.

“It’s a big lie that RCBC and LIPCO were innocent purchasers for value. It is totally impossible that RCBC and LIPCO didn’t know that there was a massive land dispute involving Hacienda Luisita. They have not been hiding under a rock all this time. They purchased land that was under legal dispute and whatever agreement or contract they forged should not be recognized much less upheld or enforced,” he said. 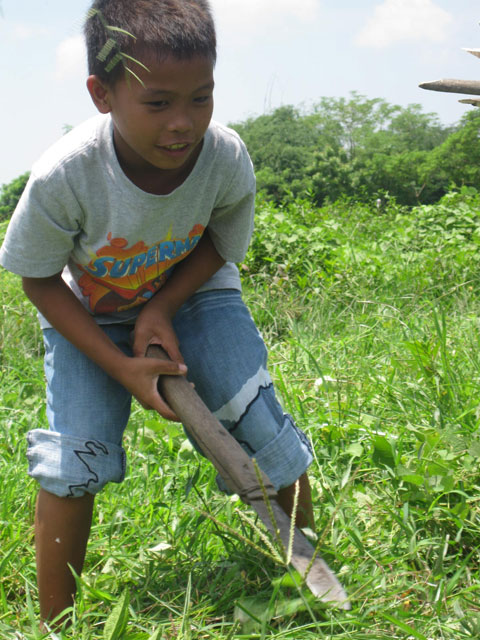 Mesa was even more vehement.“When we say that the Hacienda Luisita belongs to the farmers and farmworkers, we don’t mean only the 4,900 plus or so hectares that the SC prescribed as available for distribution. We say we own Hacienda Luisita, we mean the whole hacienda, every cubic meter of it. Doing transactions with banks such as RCBC involve millions and the processing of many documents. The dispute between the Cojuangcos and the farmworkers has been ongoing for more than two decades: it’s impossible that the RCBC was unaware of this and went on to forge deals with the Cojuangcos. For the Supreme Court to declare their dealings as an ‘innocent purchase’ is preposterous!”