The peasant leader who is also the secretary general of the Unyon ng mga Manggagawa sa Agrikultura (UMA) said that under the agrarian law, such transactions such as that between the HLI and the RCBC are prohibited in areas land reform program is in effect.

“The RCBC should file a case against the Cojuangcos for deceiving them by selling the land that is intended for distribution,” he said.

Mesa brushed off worries that their collective action might lead to more legal difficulties for the farmworkers. 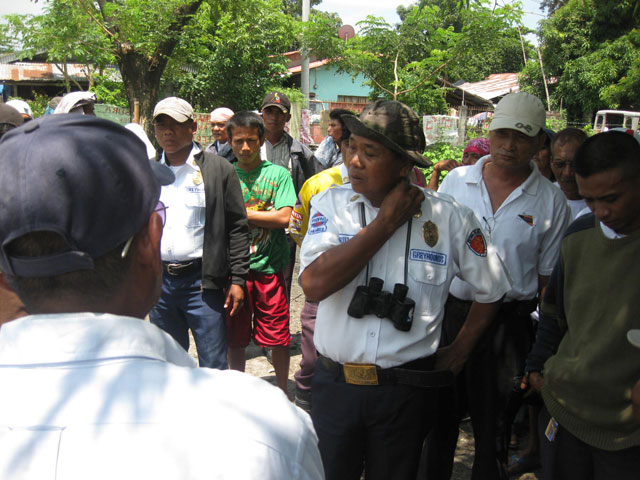 “This land has been left idle and non productive for the longest time so we decided that there can be no better time to make it productive again. Our greatest concern is to provide farmworkers with land they can till, and we’re beginning with these 500 hectares. We are not afraid of legal repercussions because we have the backing of the majority of farm worker beneficiaries, ” he said.

“We are in a position to pursue what is legal and just. Hacienda Luisita is government land, subject to land reform and it should be distributed to the farmworkers. The Cojuangcos are the ones to blame for all these problems and complications. Their hands are also steeped in blood because of the Hacienda Luisita massacre in 2004.”

Aquino looking for a win-win solution to land conflict

In the meantime, the Alyansa ng mga Magbubukid sa Gitnang Luson (Amgl, Peasant Alliance in Central Luzon) said that President Aquino’s claim that he was impartial when it came to the Hacienda Luisita conflict was exposed as yet another lie when he directed the DAR to appeal the Supreme Court decision revoking the Stock Distribution Plan (SDP) in Hacienda Luisita.

According to the AMGL, the DAR is being ordered to file an appeal and move to have the hacienda placed under the Comprehensive Agrarian Reform Program Extension with Reforms (CARPer). 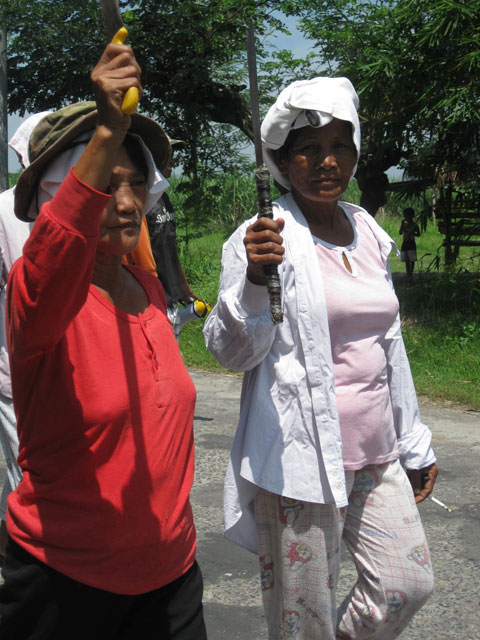 “President Aquino is trying to get around the SC decision and batting to put together another ‘win-win’ solution for the Cojuangcos. If the DAR’s appeal is upheld, then the Cojuangcos will continue having full control over the land,” explained Joseph Canlas, AMGL chairman.

Canlas is referring to the SC’s referendum order where the farmworkers are being forced to choose between owning stocks in the hacienda or vote for outright land distribution. He said that the referendum is a booby trap.

“If farmworkers choose ‘stocks’, the Cojuangcos would continue to be in control of the Hacienda Luisita, Inc.. In the meantime, if they choose land distribution through CARPer, they will fall into the trap of admitting themselves to be tenants of the Cojuangcos and as such their claims to land ownership can be subjected to exemption or cancellation depending on how the Cojuagcos see fit,” he said.

The group is also criticizing DAR’s “dilly-dallying approach” on the issue. It has been more than a week since the SC issued its decision, but the DAR was only able to announce their plan to file a motion for reconsideration recently when secretary Virgilio Delos Reyes and solicitor general Joel Cadiz held a press conference.

Presidential spokesperson Edwin Lacierda in the meantime was quoted two days following the decision that President Aquino would respect and abide by it.“It’s evident that the DAR has fallen short in its late response. It’s also quite possible that it really was of no mind to appeal the decision. It’s late response was triggered only because of the strong protests from Hacienda Luisita farmworkers and all the supporters of their struggle for land,” Canlas said.

Canlas said that President Aquino’s true stand on the issue is obvious for everyone to see.

“He is all for protecting his family’s claim on Hacienda Luisita. He could have spoken out in support of the farmworkers long before and the devil take his family; but he has chosen to feign a hands-off position and now his various spokespersons are contradicting each other on whether he abides by the SC’s call for referendum or not,” he said.

“ The present crisis in Hacienda Luisita is being fueled by President Aquino’s determination to protect his family’s interests. He is also deliberately ignoring his duty to defend the Presidential Agrarian Reform Council (PARC) resolution revoking the SDO,” he said.

Canlas firmly reiterated that the legitimate farmworkers led by the Ambala demand free and immediate land distribution and denounce the Stock Distribution Option (SDO) as a failed program that only worsened the poverty of the farmworkers in Hacienda Luisita.

Ambala is a member-organization of AMGL based in Hacienda Luisita and its chairperson is Felix Nacpil, an senior farmworker. It is allied with the United Luisita Workers’ Union (Ulwu) which in turn is led by acting-president Lito Bais. The Ulwu is also calling for free land distribution. Ambala and Ulwu, together with the Central Azucarera de Tarlac Labor Union (Catlu) then led by the extra-judicial killing (EJK) victim Ricardo Ramos, led the strike on November 2004 that demanded the revocation of SDO.