Risking their lives for truth, justice

MANILA – It has been five years but Wilfredo Ramos could still remember the face of one of those who took Karen Empeño, Sherlyn Cadapan and Manuel Merino on June 26, 2006.

During the second hearing of the preliminary investigation on the criminal complaint filed by the mothers of the two missing University of the Philippines (UP) students, Wilfredo saw one of the abductors inside the Department of Justice (DOJ) multipurpose hall.

The man gave him the dagger look and Wilfredo felt the same fear when, five years ago, six heavily armed men in camouflage uniforms barged into their house and took the two students and Merino. At that time, he was only 14 years old. He went out of the room and let out a cry. A few minutes later, he joined the other witnesses and said he is still willing to testify for the sake of the persons whom he had considered as his elder sisters.

Despite fears and threats, Wilfredo and four other witnesses appeared before the DOJ panel today. All of them determined to speak the truth.

Lead witness Raymond Manalo was looking intently at the military officers who submitted their counter-affidavits to the criminal complaint filed by Mrs. Concepcion Empeño and Mrs. Erlinda Cadapan.

Lead witness Raymond Manalo looks at each of the military officers who appeared in court.(Photo by Ronalyn V. Olea / bulatlat.com)

Raymond positively identified retired Gen. Jovito Palparan Jr., Lt. Col. Rogelio Boac, Col. Felipe Anotado, M/Sgt. Rizal Hilario and 2nd Lt. Francis Mirabelle Samson. He said he saw all of them inside Fort Magsaysay and at the safehouses where he and his brother Reynaldo had been brought. They were held in military captivity for 18 months until they were able to escape.

In his testimony submitted to the Court of Appeals and subsequently to the Supreme Court, Raymond said he saw the soldiers torture and rape the two women and burn Merino alive.

Raymond said Palparan talked with him and asked him to cooperate with the military. In his counter-affidavit, Palparan denied he knew Raymond and that such an incident happened.

“I’ve heard that before. Can’t he come up with a new statement?” Raymond said, reacting to Palparan’s statement.

His brother Reynaldo could not appear in court though. “He is suffering from trauma. He could still recall the torture we went through,” Raymond said. Whenever he hears that soldiers are going to their village, Reynaldo would immediately leave the house and hide, Raymond said.

Raymond, on the other hand, no longer feels any fear. “All my fears have been spent when we were under the custody of Palparan.”

Meanwhile, Adoracion Paulino, mother-in-law of Sherlyn, came to the DOJ with her three-year-old grandson in tow. “If I would not go with Karapatan, Palparan’s men would come for me,” she told Bulatlat in an interview. 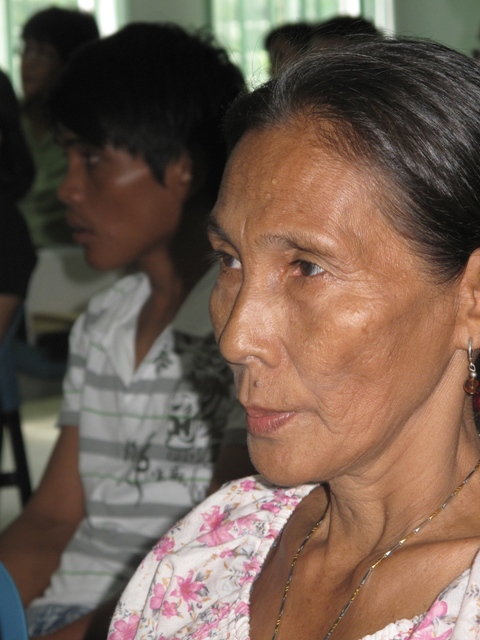 On April 11, 2007, Paulino said Sherlyn went to their house. She was with two women and two men. “I was asking her many questions but her companions refused to leave us alone. She just embraced me,” Paulino said.

Before leaving, one of the women warned Paulino not to follow them or else she would be harmed.

Like the Manalo brothers, two more witnesses Oscar Leuterio and Alberto Ramos were also held by the military, albeit briefly.

Before Karen, Sherlyn and Merino were abducted, Leuterio was taken by the military. He was detained for almost five months and he saw the two students inside Fort Magsaysay. He was released in September 2006 after agreeing to his captors’ offer that he would serve as an asset of the military

Leuterio said he would not forget Palparan’s voice. “The other soldiers there told me that the man who talked to me is Lolo CJ and that he is Palparan,” he said.

Alberto, meanwhile, was taken by about 12 armed men in civilian clothes on June 29, 2006. At around 9 p.m., the men went inside their house in Hagonoy, Bulacan and forcibly took him. Merino was with the men. 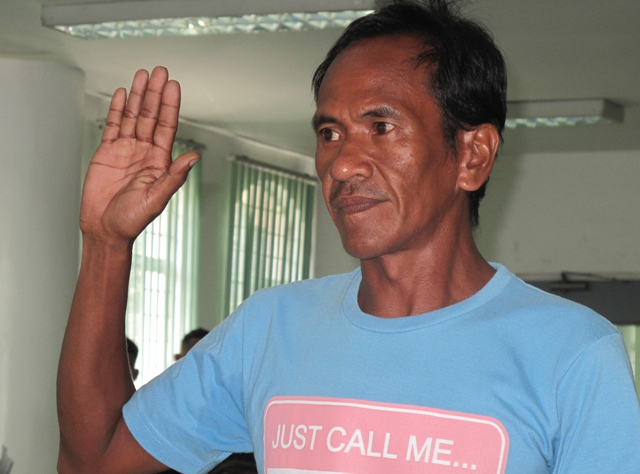 Alberto said he was taken to the village hall in Mercado, also in Hagonoy, which had been occupied by the military. “They were showing me pictures of Karen and Sherlyn and they were asking me if they were Ka Tanya and Ka Liza,” he related.

Fearing for his safety, Alberto said he agreed to cooperate with the military. He was released at around 1 a.m. of June 30, 2006.

He did not fulfill that promise and instead, he decided to testify in favor of the victims. “Since then, suspicious-looking men have staking outside our house,” he said. “If I would be killed, they [military] would be the suspects.”

“The military has Karen, Sherlyn and Manuel. That is the truth. I am only fighting for justice,” Alberto said.