You Are Here: Home → 2011 → September → 17 → News in Pictures: Tattoo painted for political prisoners

MANILA — While many have tattoos for fashion, supporters of political prisoners bear them for a cause.

Artists from Insomnia and Ugatlahi painted henna tattoos that reflect the demand to free all political prisoners.

According to Karapatan and Samahan ng Ex-Detainees Laban sa Detensyon at Aresto (Selda), there are 360 political prisoners all over the country. Under the Aquino administration, 77 activists have already been arrested and detained. Thirty are women, 11 belong to the elderly and 28 are sick, Karapatan records show.

Karapatan decried the practice of filing ‘trumped-up’ criminal charges against activists, saying doing so intends to hide the political motive behind the incarceration of government dissenters. 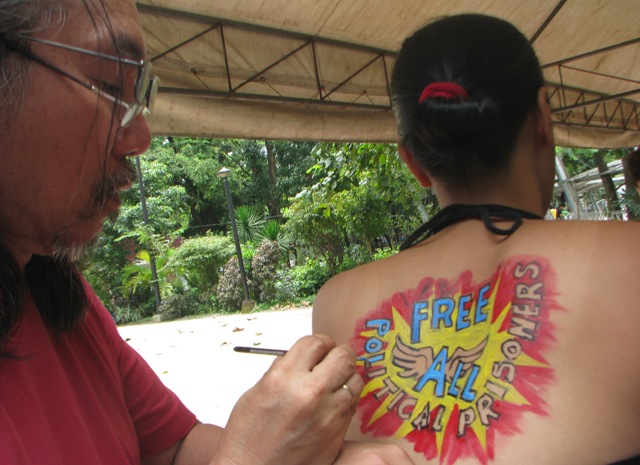 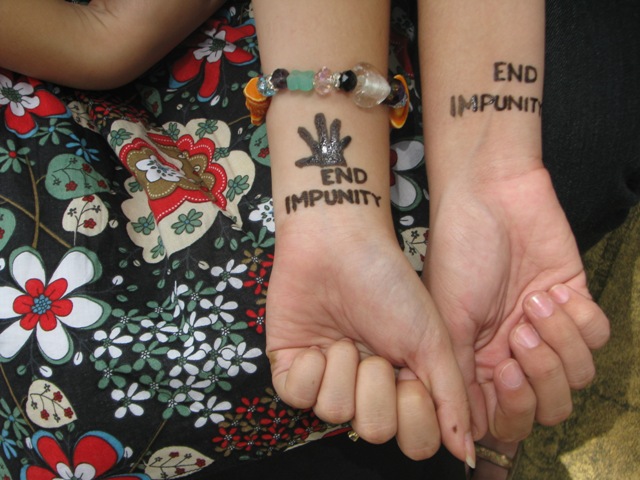 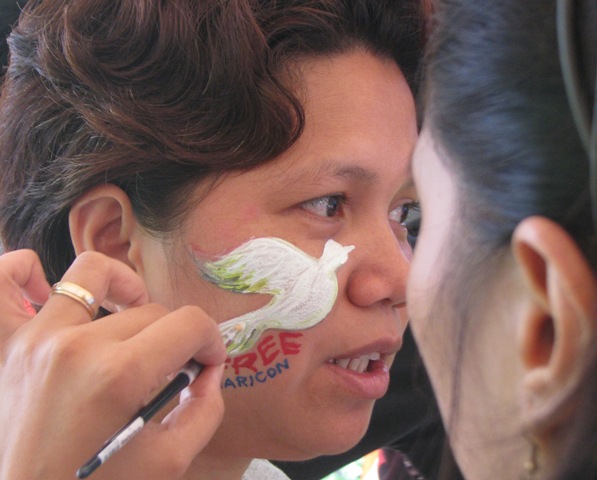 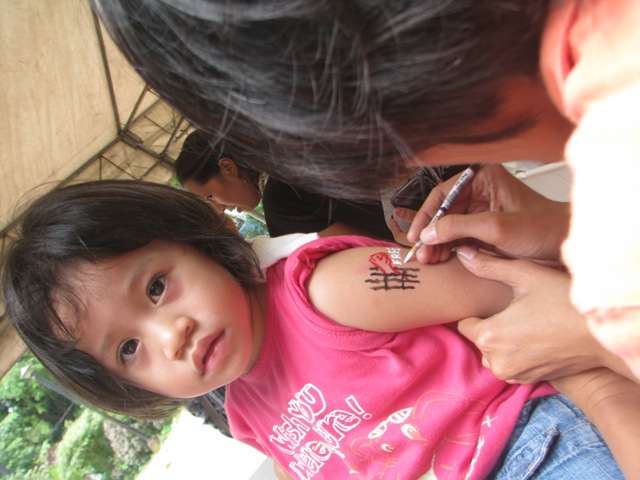 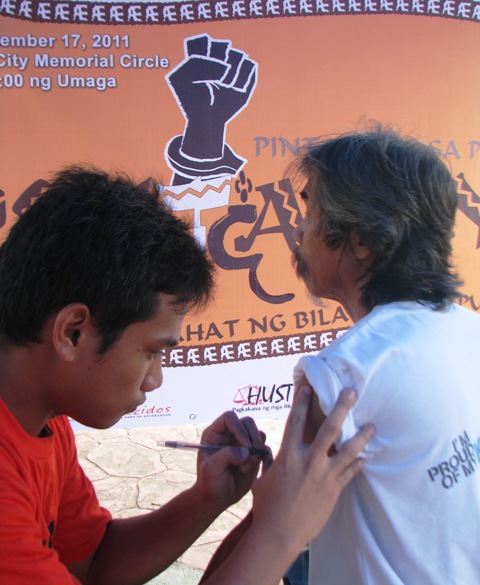 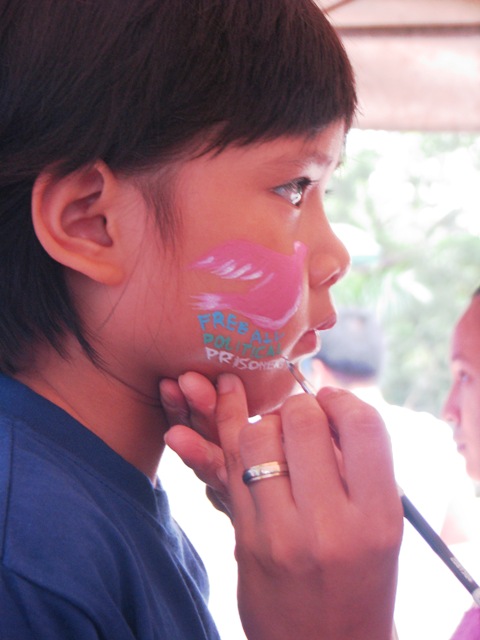