MANILA — Even as the floods in northern Luzon started to subside, peasants from Guimba, Nueva Ecija said it would take some time before they could recover from the calamity, which they refer to not only the sufferings they are experiencing because of the two consecutive typhoons that hit the region. They are also referring to the hardships they have been experiencing because of the unjust socio-economic conditions that they are in all year round.

“We need a government who will help us beyond the recent calamity. It is the only way that we can move on from what happened to our crops and to reduce our vulnerability to calamities,” Aquilino Lopez, president of local peasant group Mambayu, said.

Typhoons Pedring and Quiel have damaged more than 70 percent of their crops. The heavy flooding in the provinces in Central Luzon has also been attributed to the release of water from nearby dams.

Lopez said, however, that the damages brought about by the calamity is just an “add-on” to what they are already going through.

Mambayu have been fighting for their right to till the land for more than two decades already. The name of their organization is derived from the three villages: Manggang Marikit, Bagong Barrio and Yuson. 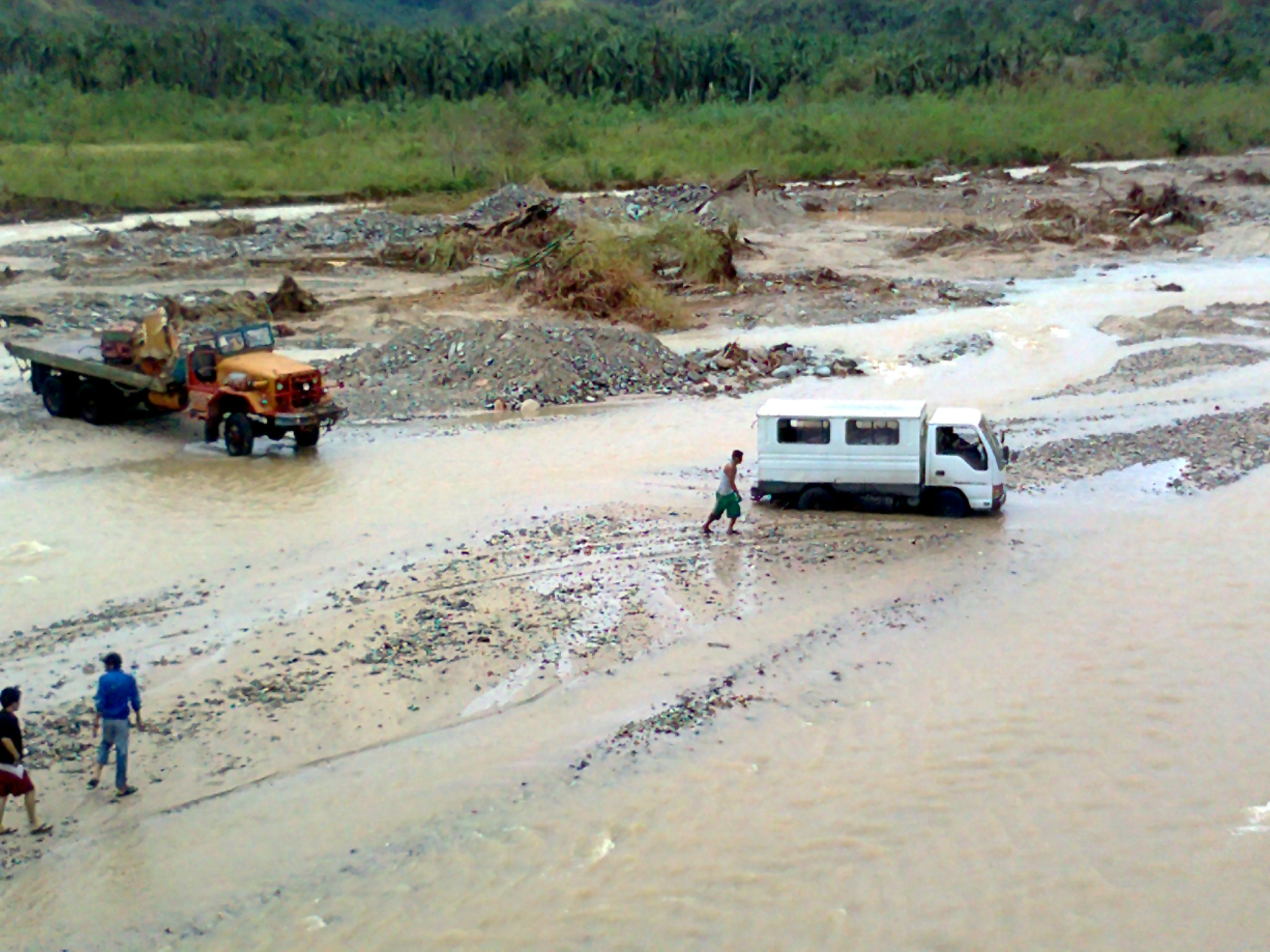 In Aurora, truck pulls the vehicle containing the relief goods as it crosses a swollen river. (Photo courtesy of NCCP / Bulatlat.com) 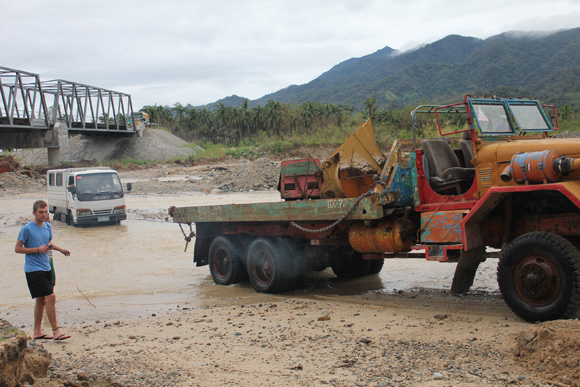 According to peasant group Alyansa ng mga Magbubukid sa Gitanang Luzon (AMGL), the case of the Mambayu is one of the worst implementation of the Comprehensive Agrarian Reform Program. Joseph Canlas, AMGL chairman, said in a Bulatlat.com report, that “DAR officials who are supposed to push for land reform are the ones very eager to displace farmers. Their intention is to sell the lands to interested buyers and subject it to land use conversion.”

Lopez said Mambayu farmers are cultivating 82 hectares of land since 1992. The farmers applied for coverage under the Comprehensive Agrarian Reform Program (CARP). “But it was given to someone else when our application reached the provincial level,” he said, referring to the group ListaSaka.

The Court of Appeals, in 2010, decided in favor of ListaSaka. Since then, Lopez said, the Provincial Agrarian Reform Office and the Municipal Agrarian Reform Office, backed by the town’s Philippine National Police and the 81st Infantry Battalion of the Philippine Army have been harassing them to vacate the land. “We get frequent visits from the enemies,” he added in jest.

Lopez said peasants, in order to make it through this calamity, need concrete action from the government to really help alleviate their conditions. This, he added, should start from the most basic, which is the implementation of genuine agrarian reform, to government support in irrigation and subsidy in fertilizers and in seedlings.

The Department of Agrarian Reform claims in their records that 169,375-hectares of land have been placed under CARP, where 36 percent of the total number of farmer-beneficiaries in Central Luzon or about 95,855 peasants are from Nueva Ecija, the country’s rice granary. Peasant group AMGL, however, said, many farmers in Nueva Ecijas, such as in Quezon-Licab-Sto. Domingo-Aliaga are facing cases of cancellation of Certificate of Land Ownership Award, Certificate of Land Transfer and Emancipation Patent, foreclosure by Land Bank and direct ejectment by landowners.

“They can have the CLOA but the land will remain to us,” Lopez added, “We are the ones who are tilling the land, which, for us, makes the farmers its legitimate owners.”

Canlas said the farmers of Mambayu are determined to fight for their right to the land they have been tilling even if they are the “usual victims of the state’s fascist attacks.” Lopez, for his part, said that in the process of fighting for their rights to till the land, state security forces are branding them as communists. He said red-tagging legitimate peasant organizations puts their lives at risk, citing the deaths and enforced disappearances of activists who are also being branded as communists.

“Typhoons and calamities happen almost every year, though not necessarily as worse as the Pedring and Quiel,” Lopez said, “Yet, every year, we seem to have a government that does not have the guts to address what we are going through with or without the heavy floods.