MANILA — Residents of Sitio San Roque in Quezon City hurled tomatoes at the office of National Anti-Poverty Commission office to show their anger at the agency’s alleged collusion with the National Housing Authority in prioritizing and implementing the Aquino administration’s public private partnership (PPP) projects. 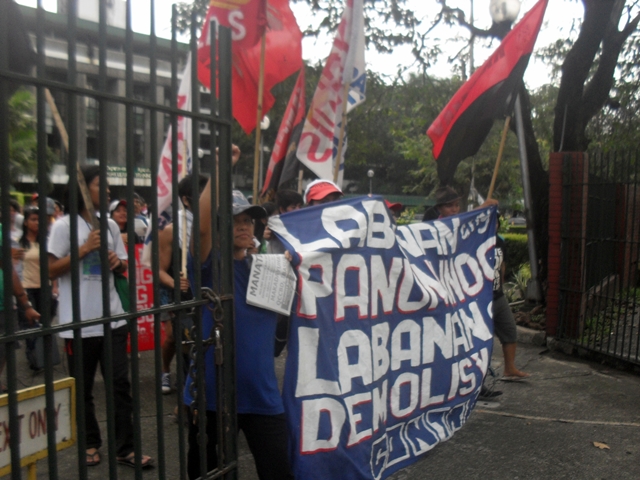 “These projects will not only allow big businesses to heavily milk the toiling masses of their money but will also demolish homes of tens of thousands of families in Quezon City,” said Jocy Lopez, chairwoman of Kadamay-Anakpawis North Triangle chapter. She added that “As long as we frustrate the attempts of the government to evict us from Sitio San Roque, those projects will remain on the drawing board.”

Lopez also said that the “NAPC ought to perform its tasks as an anti-poverty government agency. If not, its function may be likened to a rotten tomato in a tray of fresh tomatoes, and it should be thrown away.”

NAPC began their “occupancy check” this month, where they conduct house-to-house interviews. In it, they ask respondents about what they would choose between relocation sites or going back to their respective provinces. 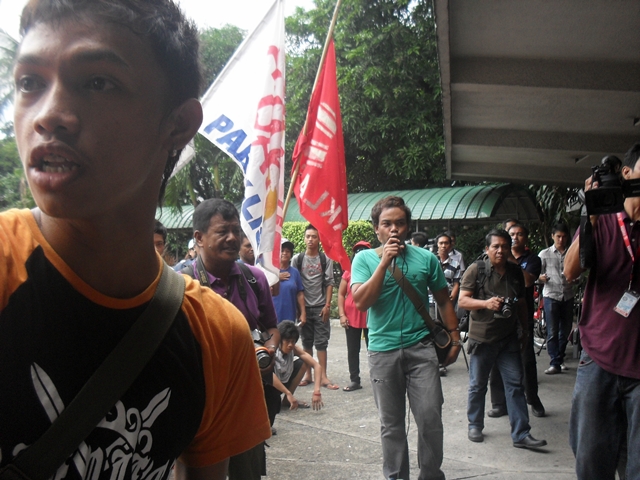 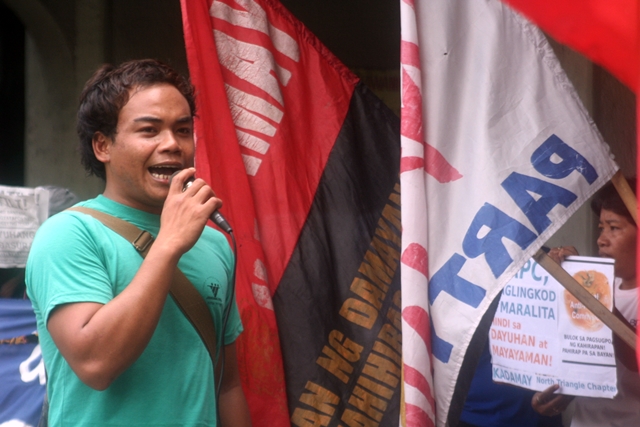 In a statement, the residents view the “occupancy check” as an aid to hastening their relocation despite their resistance to it. There is no sustainable livelihood to be found in the relocation sites, they reasoned. As such, they fear that they would only be worse off once they were driven to those sites.

In trying to hoodwink the resident to shoo them toward those relocation sites, the National Anti-Poverty Commission earns the residents’ bitter criticism. The residents lament that the agency’s actions are as far away as possible from its supposed “poverty alleviation function.”

Since September last year, residents of Sitio San Roque have successfully defended their homes from the NHA’s attempts to demolish it, in order to give way to the Quezon City Central Business District, one of the major PPP projects of President Benigno S. Aquino III.

The QCCBD, which would displace thousands of families of urban poor dwellers, will supposedly put Quezon City at the forefront of foreign investments and business interests. One of the biggest investors is Ayala Land Inc., a real estate giant, who hopes to develop 29.1-hectare of the total 256-hectare area, at an estimated cost of $500-million.

“These efforts suggest that these two agencies have been acting more like pro-rich businesses rather than pro-poor government agencies,” Lopez said. She added that the “occupancy check,” once completed, will likely be used by the NHA to recruit more relocatees among the residents. 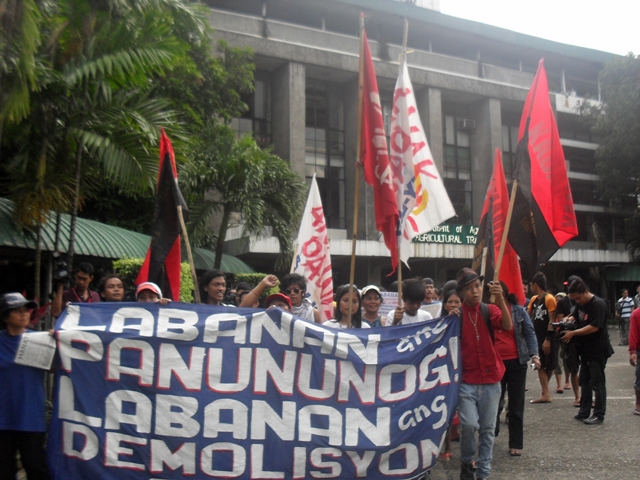 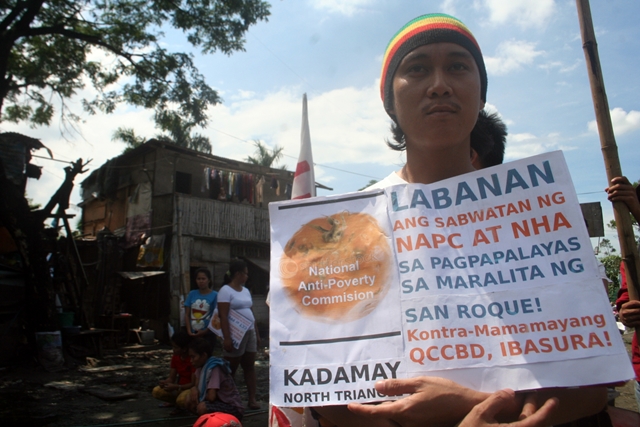 The urban poor group, Kadamay-QC, staged a rally they dubbed as “State of the Poor’s Legitimate Agenda in the City” in front of the Quezon City Hall on October 10, as QC Mayor Herbert Bautista delivered his second State of the City Address. The group also criticized last year’s SOCA by Bautista, where he unveiled his “Zero Squatters 2013” policy.

“This policy threatens massive demolition of urban poor communities in Quezon City just so they could implement their privatization and commercialization schemes,” Kadamay-QC said in a statement. Last year, the group noticed how urban poor communities in the National Government Center area, Sitio San Roque in North Triangle, C5 and those lying in estero and Old Balara, among others, were demolished for the interests of big businesses.

“(Mayor Bautista) must not emulate President Benigno Simeon Aquino III in his anti-poor policies that serve only the private and foreign interests. (He) must always put in mind that without the support of the poor, he will not be where he is today,” Kadamay-QC said.

“Urban poor residents will remain vigilant amidst the war launched by the government against the people,” Kadamay said. The group warned that if these continue, the people’s resistance to demolition will likely intensify through more and bigger barricades and street protests.”