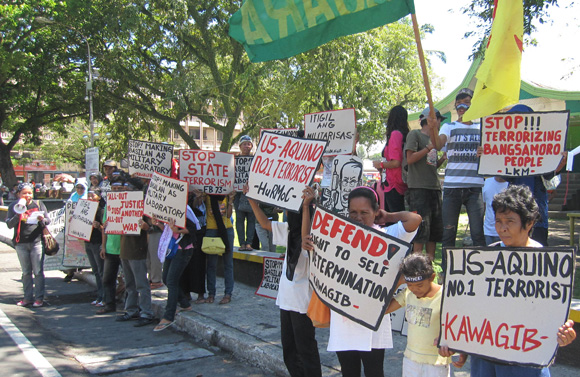 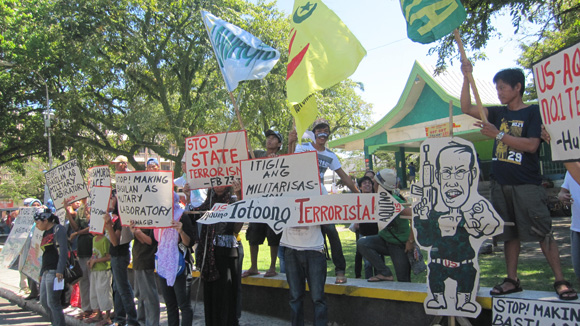 The KAWAGIB (Alliance for the Advancement of Moro Human Rights) regards Aquino’s ‘all-out justice’ as no different from past regime’s ‘all-out war.’ It said in a statement that “Aquino is merely continuing and intensifying the wholesale military operations in Moro communities that result in more victims of human rights violations or what the military deems as ‘collateral damage’.” 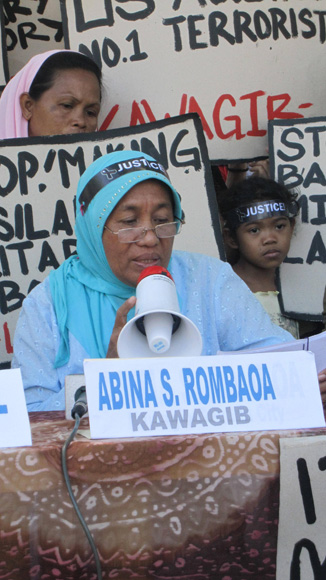 Ustaja Nujum Jandul, KAWAGIB Vice-chairperson said, “Aquino’s ‘all-out justice’ is a ploy for an ‘all-out war’ against the Moro people. He said its “aim is not really to address the century-long Moro struggle for their right to self-determination but to use the death of soldiers as justification for the war in Southern Philippines.” 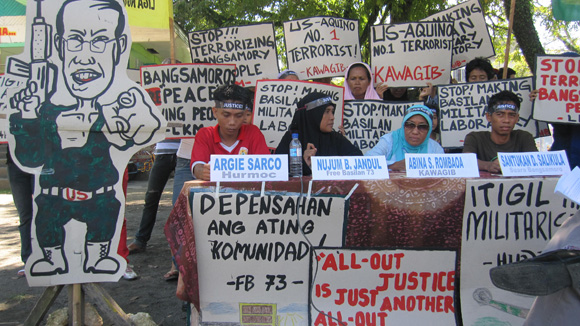 Even before the 2007 beheading incident in Al-Barka and this year’s October 17 clash, Basilan has long been under Martial Law through the State of Lawlessness declared by former President Gloria Macapagal-Arroyo in 2001, Jandul said. She added that illegal arrests, detention, torture and terrorist-tagging of innocent Moro civilians have persisted to this day as many of the victims still languish in jails for offenses they did not commit. 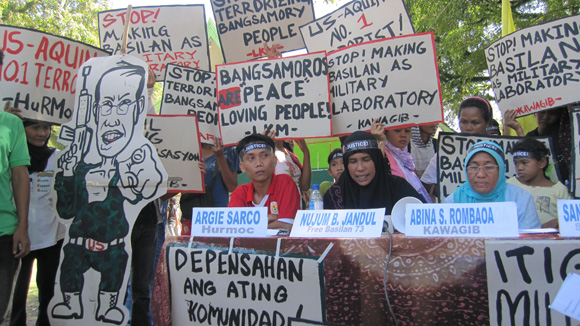 “We are sad that some AFP soldiers have died. But we are sadder still for the countless Moro civilians who were displaced, their homes and properties damaged and some of their kins even killed during the more than a decade-long ‘state of lawlessness’ in Basilan. As we quest for justice, isn’t it more just, too, to give justice to these innocent Moro civilians who became victims of the State’s violence?” Jandul asked. 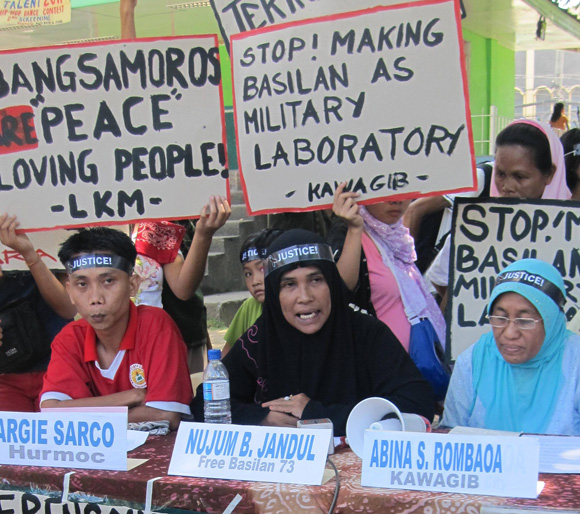 The KAWAGIB said that Aquino’s “true color” is starting to show in his immediate response to the crisis afflicting the Filipino people. The human rights’ group explained that Aquino’s “insincerity” is apparent in his approach to conflict-management in addressing the agenda of the Bangsamoro people. 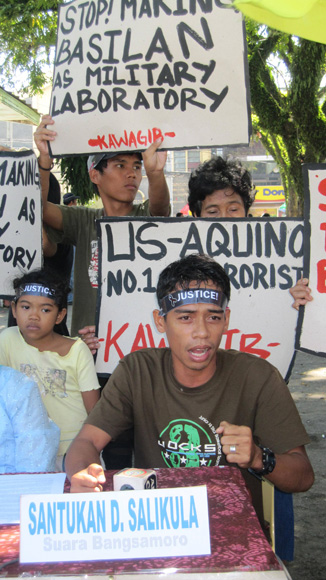 “This administration is keen on doling out money and so-called development projects in an attempt to win the hearts of the Moro people but it is doing no effort for a political settlement,” said Jandul. She added that the Bangsamoro people’s only demand is to have their right to self-determination respected. “Indeed, the welfare of the Moro people is not in the priorities of this regime,” Jandul concluded. 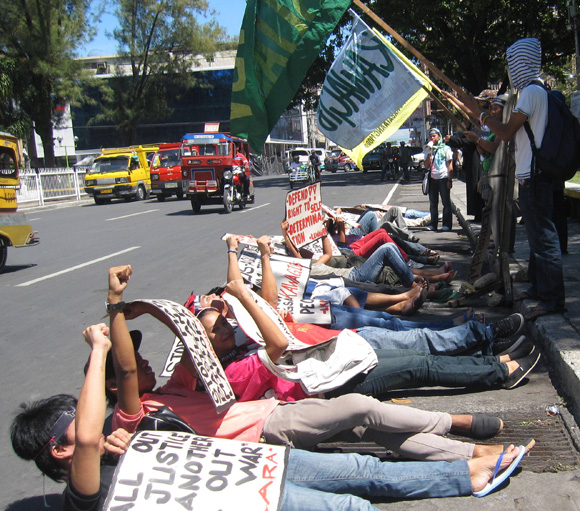 KAWAGIB urges all Moro people to unite and defend their rights as their “only shield” to the Aquino government’s encroachment and violations. They stressed the need to “continue to assert our right to self-determination.”