40 days after, still no one arrested for killing of Italian priest 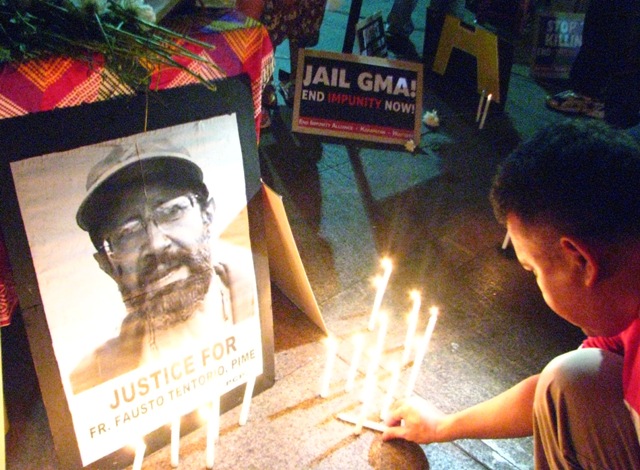 MANILA – Human rights groups marked the 40th day since Italian priest Fr. Fausto Tentorio was killed in a liturgical gathering at Plaza Miranda, Nov. 26.
Tentorio, an Italian missionary who lived among the Manobo tribe in Mindanao, was shot dead inside the Church compound in Arakan Valley, North Cotabato, Oct. 17. 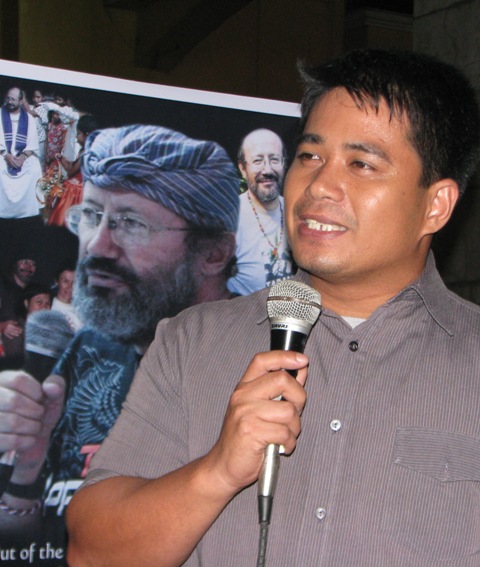 “Forty days after Fr. Tentorio was killed, authorities have neither identified suspects, nor charged or arrested any one in relation to the case,” Sabino said.

A month after the incident, members of PCPR and other groups held a dialogue with the Department of Justice (DOJ). They lamented the slow progress in the investigation of the case. In that meeting, Justice Undersecretary Francisco Baraan III, said the DOJ has already established the motive behind Tentorio’s murder – he was not killed as a part of a robbery gone wrong or because he had enemies but because of his advocacies. 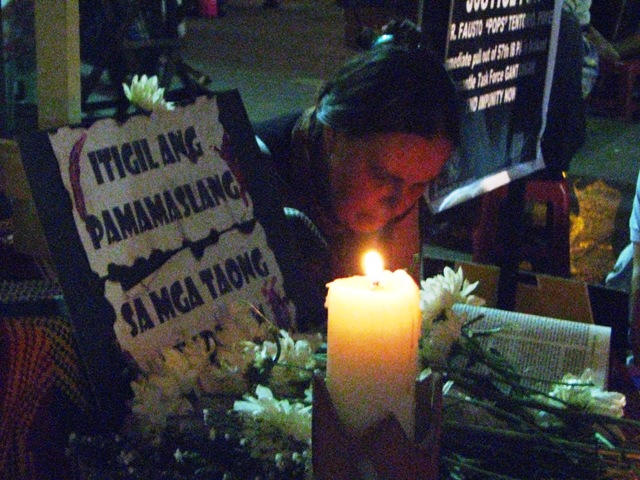 “For 30 years, he defended the indigenous peoples’ right to land, life and livelihood,” Malayao said. “He stood up against foreign mining and landgrabbing. He helped in providing education to many indigenous youth in Mindanao.”

Meanwhile, Cristina Guevarra, secretary general of Hustisya!, an organization of families and colleagues of victims of human rights violations, said she witnessed how the people of Mindanao loved Tentorio. 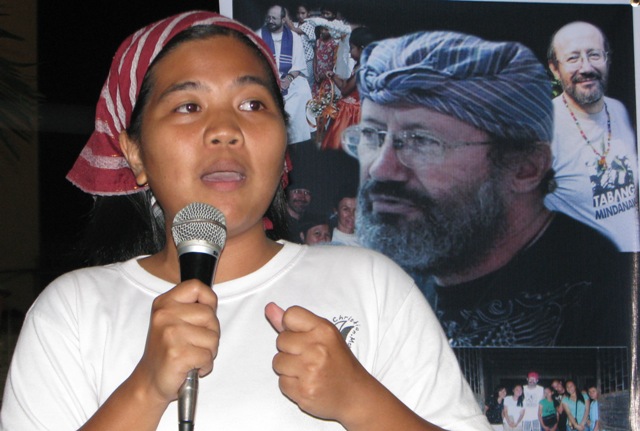 “Ten thousand to 15,000 people went to his funeral march. They are farmers, indigenous peoples, ordinary people. Words are not enough to describe their sense of loss and their desire to seek justice for the death of Fr. Tentorio,” Guevarra said.

Sabino pointed out that previous cases of extrajudicial killings of church people have remain unresolved.

“It’s been two years since Fr. Cecilio Lucero was killed. It’s been 26 years since Fr. Rudy Romano was disappeared. Six years ago, Bishop Alberto Ramento was stabbed eight times. More than 300 priests and church workers have been slain since 2001 and not one single perpetrator of these murders has been put behind bars.”

Lucero, parish priest of Catubig, Samar, was killed by some 30 armed men in San Jose town, Northern Samar on Sept. 6, 2009. Romano, a Redemptorist priest, and fellow anti-dictatorship activist Levi Ybanez, were abducted on July 11, 1985. Ramento, meanwhile, was stabbed to death inside his parish on October 3, 2006 in Tarlac City. 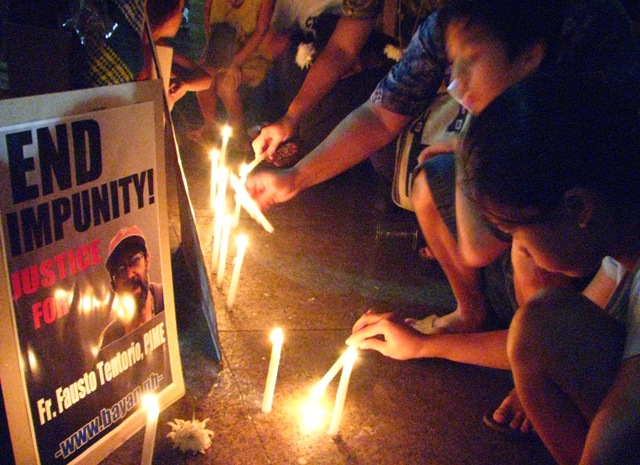 “All of them took the path less taken. They showed their love for God by serving the most marginalized,” Sabino said. “It is painful that in this nation, those who do good, who serve the oppressed are the ones being killed by the government.”

Hustisya!’s Guevarra said they will continue to press for justice not only for Tentorio but for all the victims of extrajudicial killings. She criticized the Aquino administration’s counterinsurgency program Oplan Bayanihan, saying that its framework has resulted to continuing human rights violations.