How can we stop oil companies from profiteering?

Oil companies increased pump prices again. This is the eighth oil price hike since the beginning of the year alone, amounting to a net increase of P6.75 ($0.16) per liter for gasoline and P6.50 ($0.15) for diesel. This would bring the prices of oil products in the country near its peak of P60 ($1.40) per liter in 2008 when the price per barrel of oil was at $147 and speculators were projecting (or wishing) that it would reach $200.

The following is a table, which tracked gasoline prices in the Philippine, published by www.alternat1ve.com. 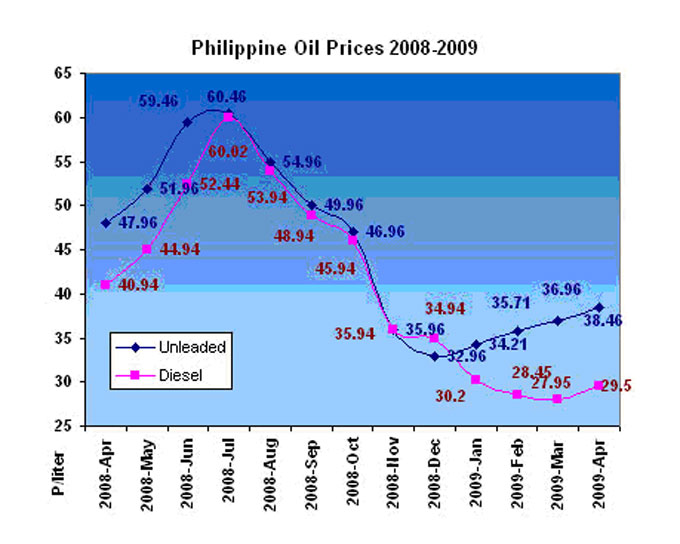 Of course, oil firms claim that they are no longer using any specific formula, perhaps to hide their profiteering ways.

So we could not rely on anybody but ourselves. In the US, the continuing oil price hike is becoming an election issue being exploited to the hilt by the Republicans to gain back the White House. We, for no other reason but for our survival, should, all the more, make this a fighting issue. Because if we are just going to allow these giant oil companies take advantage of us, there is no limit to their greed for profits. They would push us deeper into poverty. So the time to act is now and we should not merely whimper, we should raise hell.