You Are Here: Home → 2012 → March → 8 → Women protest over increasing US military presence 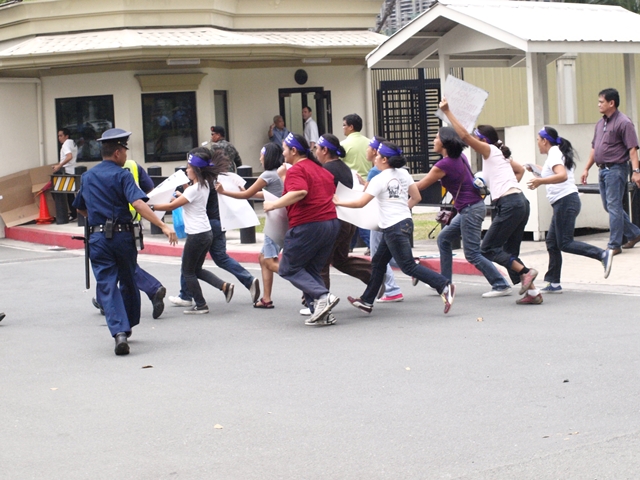 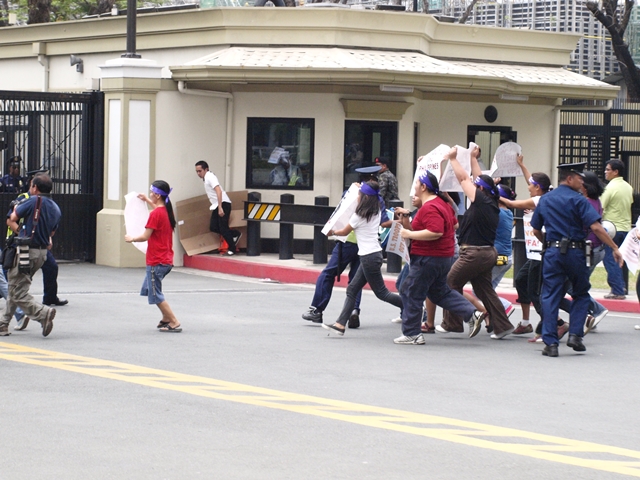 MANILA — Women activists trooped the United States embassy in Manila to protest the imperialist intervention and plunder to women from oppressed nations. They threw paint bomb eggs at its seal on the newly painted walls of the embassy.

Lana Linaban, secretary general of Gabriela, said that women across the country are opposing the increasing military and economic intervention of the United States in Asia, adding that it “exposes women and communities to heightened risks of war and economic crisis.”

In a statement, Linaban said that joint military exercises of the Armed Forces of the Philippines and the U.S. military would be held near the disputed lands in the West Philippine Sea. It would be held at the same time that the Department of Energy approved the bidding for 15 contracts of oil and gas explorations for 38 qualified transnational companies. 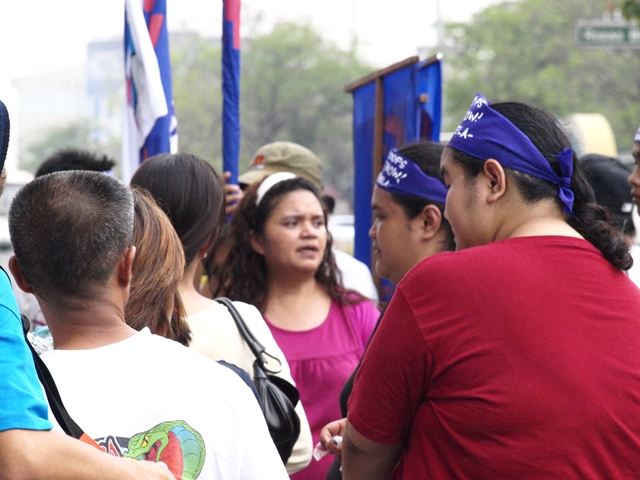 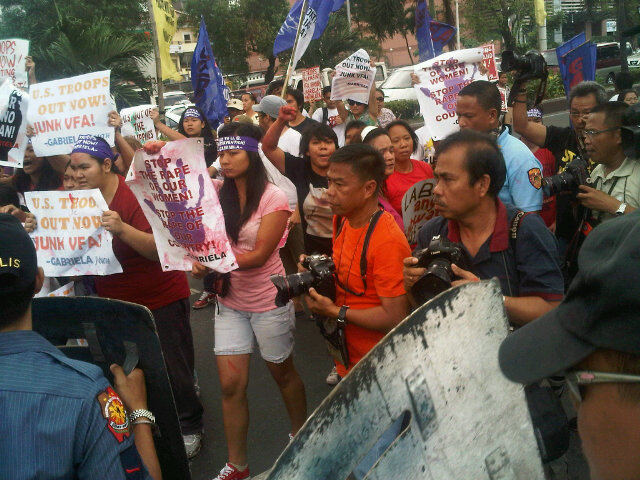 “Women are protesting here at the embassy to expose and oppose the barefaced collusion between the Obama administration and its most reliable puppet in the region, the Aquino government, to plunder Asia-Pacific’s resources and turn it into a combat zone as part of the American Pacific Century,” Linaban said.

She added that upcoming high level talks between US and Philippine officials in Washington will cement policies that destroy the lives and livelihoods of women in Asia.

Gabriela also expressed its solidarity with the oppressed women of Iran, Iraq, North Africa and South Asia where US intervention is inflicting untold suffering among women and children.

“With Philippine administrations of past and present helping to secure US interests in our economy through policies and direct military intervention, more generations of Filipinos will suffer from poverty and economic misery. This wretched condition must stopped and women as daughters of our nation will surely be part of the people’s resistance to US imperialism,” Linaban said.