“Noynoying” or do-nothing Aquino ridiculed at the protest caravan 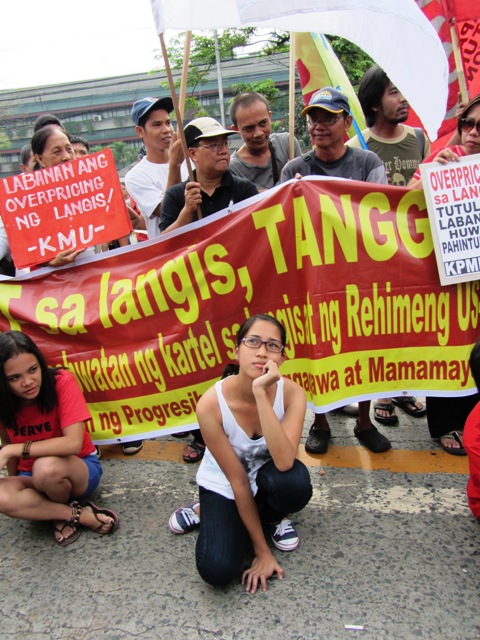 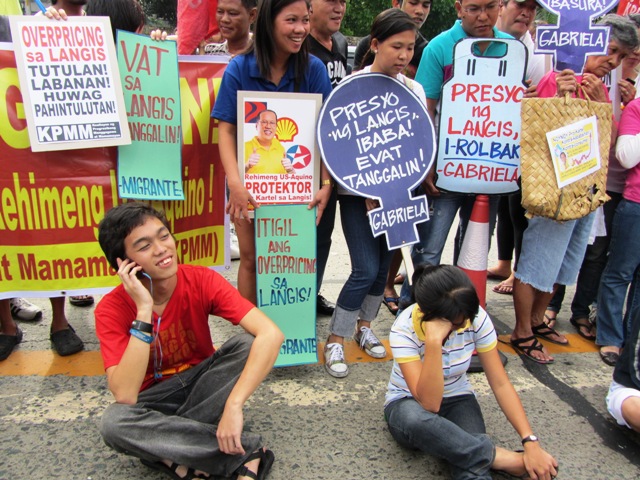 MANILA – Youth-students who joined the March 15 nationwide peoples’ protests against oil deregulation law, oil overpricing and oil-VAT demonstrated how President Benigno “Noynoy” Aquino is reacting to peoples’ problems. They called this demo as “Noynoying.” Instead of ‘planking,’ they do a little play-acting, or a parody, of “Noynoy” Aquino inaction on peoples’ pleas against the weekly oil price hikes.

“Guess what he’s doing there,” said Vencer Crisostomo, chairman of Anakbayan and emcee of the program held at the Elliptical road in Quezon City before the protesters drove a caravan to the oil companies’ head offices in Makati. Crisostomo pointed to a participating protester, who was seen lounging at the street, looking bored while chain-smoking.

“And this one, what is she doing?” Crisostomo asked, putting the spotlight on another student who looks like she’s daydreaming. Protesters shouted: “Dreaming of Grace Lee?” 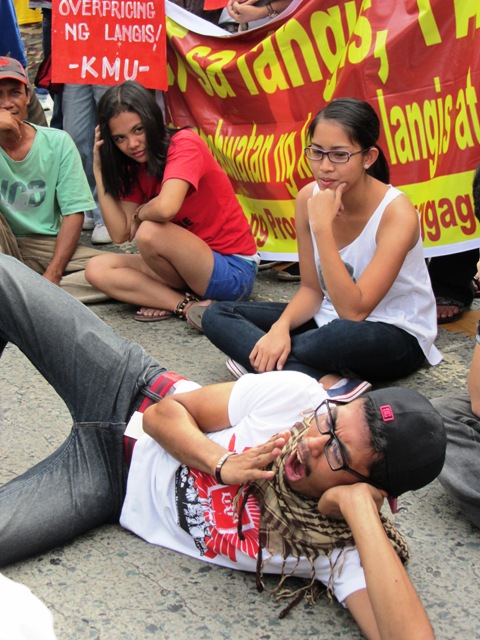 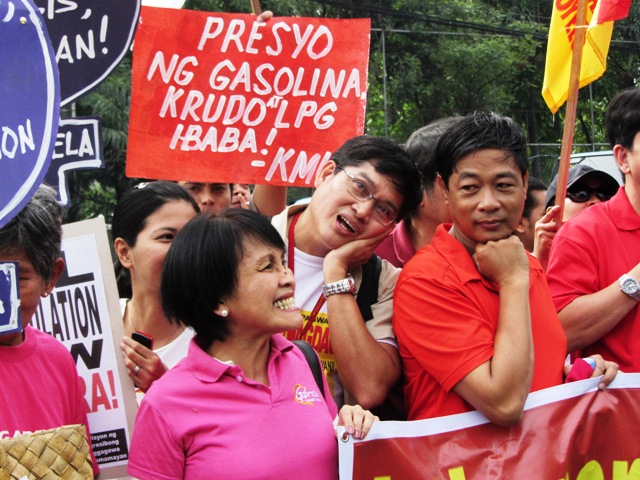 Another student was on the phone for a long time. Another just sat there plainly doing nothing. In “Noynoying,” Anakbayan said some students will sit down in the middle of certain major roads in Metro Manila while adopting “the president’s trademark vacant stare.”

Crisostomo urged the leaders of peoples’ organizations to also do a “Noynoying,” to which COURAGE chairman Ferdie Gaite and KMU chairman Bong Labog cooperated, to loud laughter among protesters, including from Gabriela Rep. Emmi de Jesus.

The protesters generally criticized President Aquino for playing deaf and blind, for not acting on the consumers’ issues against the abuses of what they call as foreign oil cartel and for simply pretending like he is doing something when he is just coming out with stop-gap measures such as the derided Pantawid Pasada program.