Artemio Labong and his son Jeffery were first abducted by the military; then his whole family was taken under duress and was presented as rebel returnees.

PARANAS, Samar — Journalist Jebri Gil Silda is appealing to the public to join calls to have the Labong family released from military custody in Samar.

Silda is a researcher and anchor for the Lingganay Han Kamatuoran radio program in Tacloban, Leyte and contributing editor of Vista, the official student publication of the University of the Philippines–Tacloban. He was approached by the Labong family when barangay official Artemio Labong and his son Jeffrey, 21, were abducted by soldiers last March 5, 2012 in Brgy. Pagsang-on, Paranas, Samar.

In an earlier report by the Katungod-Sinirangang Bisayas (SB) Karapatan in Samar, it was said that the two were abducted by a group of soldiers from the 87th Infantry Battalion (87th IB). The group also said that before he was taken, Labong was interrogated and tortured in front of his 12-year-old daughter. Another person, a certain Roel, was also reportedly abducted in another incident.

“The family members of Artemio and Roel saw that those who have taken them were members of the Philippine Army. They were in full battle gear and in uniform. We condemn this act of abduction by the members of the 87th Infantry Battalion and demand the immediate release of the two victims,” the human rights group said. 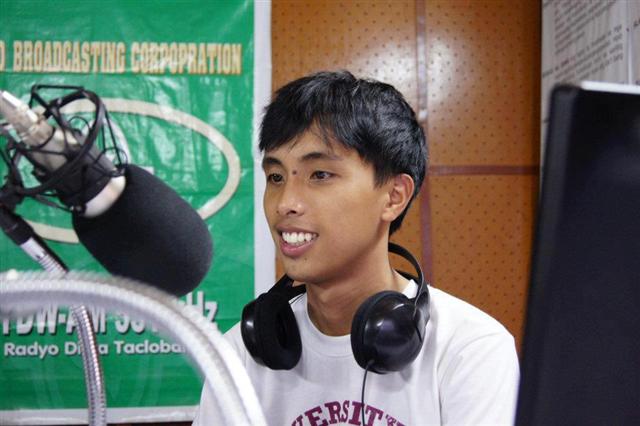 After the two were abducted by 20 to 30 armed men in military uniform, the family tried to search for them for a week, making the rounds of military camps. They went as far as Camp Lukban, General Headquarters of the 8th Infantry Division (8th ID) of the Philippine Army, which commands the 87th IB, in Brgy. Maulong, Catbalogan, Samar. But the military denied that they had the two in their custody.

Losing hope, Artemio’s family sought the help of the media and made an appeal through Silda’s program Lingganay Han Kamatuoran (LHK) last March 16. The military’s response was immediate.

“The 8th ID spokesperson Niceforo ‘Jun’ Diaz issued a statement through another local radio program in Tacloban City. Diaz categorically denied having custody of the missing persons,” Silda said. “But residents who had previously spoken to Artemio and had seen him prior to his disappearance were definite that he was under military custody when he was last seen in Paranas town,” Silda added.

Also on that same day, Anecita reported that her husband contacted her. Artemio supposedly sent a letter requesting his family to join him and Jeffery.

“Surprisingly, the letter stated that Artemio was in Camp Lukban. His wife was suspicious, however, because she didn’t recognize the handwriting and the way the letter was written was different,” Silda related, citing his conversation with Aniceta.

The family was asked to send clothes and various legal documents Artemio supposedly requested in his letter to send these to an address in Barangay Maulong. A relative working in Catbalogan City made the delivery.

Anecita also received a text message from someone claiming to be students studying in Catbalogan but originally hailing from Pagsang-an. They said Artemio visited them and requested them to relay a message to his family asking them to join him in Maulong. Anecita said she seriously doubted the veracity of the messages and the credibility of the message senders.

The following day, March 17, Jeffrey reportedly called village chief Marito Mabanan on his cellphone and made the same request that his family be alerted. The whole day, other calls supposedly from Artemio and another unidentified person using the same phone number were received.

“In the first call, Mabanan asked the caller who was supposedly Artemio to confirm his present location. Artemio reportedly answered ‘Catbalogan.’ In the next call, Mabanan talked to a man whose voice he could not identify and told him ‘Sir, you’re not Councilor Timmy. How is Councilor Timmy?’ Timmy is Artemio’s nickname. The voice hesitated before answering, ‘He is fine'”, Silda said.

That same day, Mabanan and other concerned barangay officials escorted Artemio’s family and sought help and protection from the Paranas local government. The family reiterated their appeal over Silda’s radio program and said that they were going to military authorities to search for Artemio and Silda.

On March 19, Silda volunteered to accompany Mrs. Labong back to Camp Lukban to claim Artemio and Jeffrey, and a certain Roel who was also abducted by the military. The group, comprised of Anecita, Artemio’s wife, her two other kids, the village chief Marito Mabanan, and two other local officials, decided to pass by Paranas first to ask for the assistance of municipal officials to ensure their safety.

“In Paranas, we were surprised by the overwhelming presence of military men in uniform in the town plaza and immediate surroundings of the municipal hall. Some of them were positioned at the second floor along the balcony. They had seen us arrive and took pictures of us as we walked into the building. Men in military uniforms and others who also looked like soldiers but were in civilian garb followed us until we reached the second floor. The men then prodded Anecita and the two kids toward the direction of the 87th Infantry Battalion (IB) Commanding Officer Lt. Col. Jun Balaoro,” he said. “We were not allowed to go with her and some men barred our way. We then saw Artemio, and he was there with Jeffrey and Roel.”

Depicted as family of rebel returnees

Silda and the rest of his group proceeded to the building’s main hall.

“We were photographed many times by the military. I tried to avoid being photographed by attempting to go to the comfort room, but two men followed me. One of them also accosted us saying ‘Where are you going to hide?’ I then realized that a meeting of the Municipal Peace and Order Council dubbed as ‘People’s Day’ was being held,” said Silda.

“We were surprised and caught off-guard by the sudden changes when the peace and order council secretariat and military officials gestured to us in a manner that indicated that we were instrumental in reuniting the family of Artemio who were being tagged as surrenderees or rebel returnees.”

According to Silda, the military officials looked at them in a threatening way, as if warning them to cooperate or else something might happen to them.

“I saw Mrs. Labong and her two kids being guided to the front of the hall along with Artemio and Jeffery. They were told to pose for a picture. We found out then that they were being presented to the public as a family of rebel returnees who were being given a cash grant under the Social Integration Program from the local government. They were depicted as a reunited family of rebel returnees,” he said.

Silda immediately sent messages to his workmates in Tacloban regarding what he saw and experienced. The whole time he noticed that two soldiers who were beside and behind him kept trying to read his messages over his shoulder.

“I still managed to tell my workmates that those of us in the original group who went with Mrs. Labong were being closely monitored and photographed. I narrated via text what happened to Mrs. Labong and the two children,” he said.

Silda went on to report that one of the Labong children attempted to seek help from his group and asked if they could decide to not go with the military. One of the soldiers, however, intervened and soon after herded the whole Labong family into a car that reportedly took them to Maulong.

Silda and the rest of the team returned to Tacloban and continued to send text messages to friends and colleagues regarding their situation. The entire time they also worried for the safety of the Labong family.

“The 87th IB under the 8th Infantry Division is expected to issue more denials about the abduction and the whole issue about what they did to these innocent people. What they did to us and the family of Mr. Labong was a desperate move to cover-up their usual crime. I would not be too surprised if, in the next few days, the whole Labong family will be paraded in the tri-media as members of the New People’s Army. I appeal to the public and all other sectors to join the call for the release of the Labong family and to my fellow journalists to help monitor this case,” he said.

The College Editors Guild of the Philippines led by secretary-general Pauline Gidget Estrella has already issued an appeal to the public to help protect Silda by exposing his ordeal and what has been done to the Labong family who remains in the custody of the Armed Forces of the Philippines (AFP).