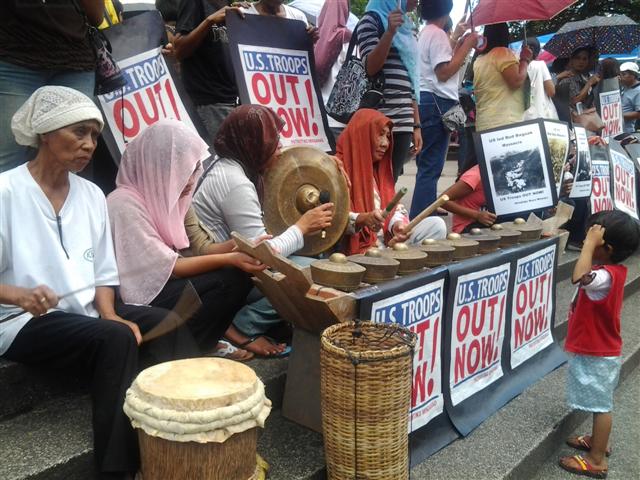 Members of women’s organization Gabriela, Samahan ng Maralitang Kababaihang Nagkakaisa and Khadidja Moro Women staged a protest rally yesterday in front of the Centennial Park in Davao City to oppose the RP- US Balikatan military exercises in the Philippines.

Members of the Khadidja Moro Women of Davao played music on the kulintang as a form of protest and slammed what they said was the Benigno Aquino III presidency’s allegiance to the US through its determination to uphold the Visiting Forces Agreement (VFA). 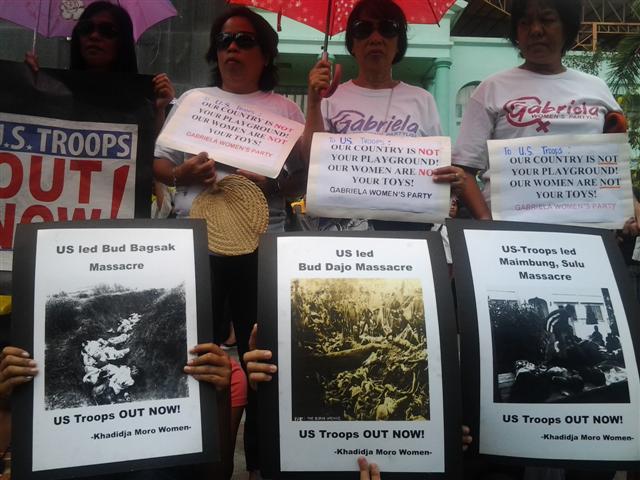 For their part, the group Patriotiko Mindanao condemned the attack by elements of the Armed Forces of the Philippines against two civilians and participants of the Lakbayan Laban sa Balikatan (People’s Caravan against the US-PH Balikatan Exercises). Soldiers reportedly punched the two civilians during a Lakabayan rally in front of the 6th Infantry Division’s Camp Sionco in Cotabato City on April 17. 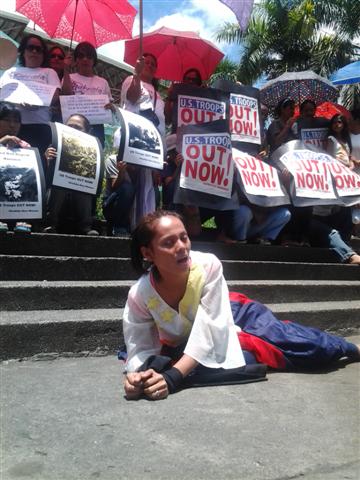 “We see such act as a clear violation of the democratic right of the people to peaceably assemble and air their grievances. The participants have done nothing criminal to merit such an attack from the military,” said the group. 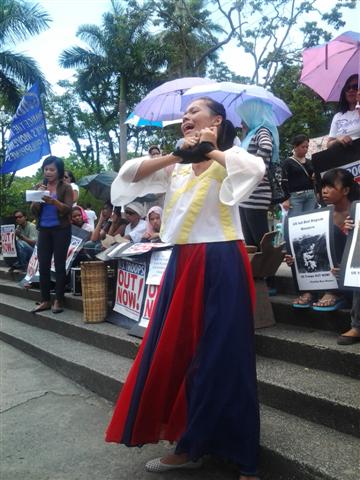 According to reports, the protesters had just finished burning effigies of Uncle Sam and President Benigno Aquino III when military personnel suddenly arrived and punched a woman and a male participant. 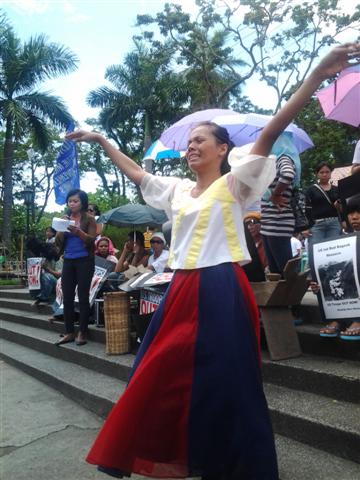 The group also raised concerns that the Lakbayan and its participants will be threatened with similar acts of harassment as they make their way toward Zamboanga City where some 4,000 participants from key cities of Mindanao will converge on April 19.

In the meantime, the Gabriela Southern Mindanao Region reiterated its call for the immediate junking of the VFA. 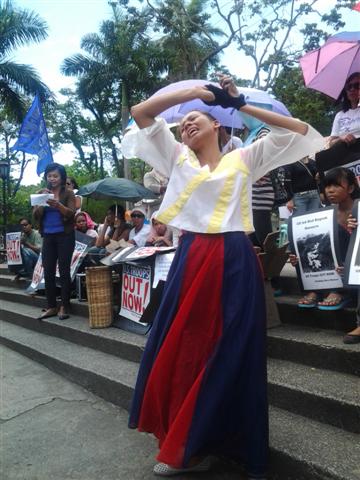 “The VFA and its Balikatan exercises virtually legitimize the rape of our women and aggravate the dire conditions of prostituted women. The sheer chauvinism of military institutions such as the US armed forces and its tyrannical rule over ‘weaker’ nations that it occupies make these agreements wholly disadvantageous for Filipinos especially for women, children and the marginalized, such as the Moro people,” said Gabriela SMR spokesperson Mary Ann Sapar.

Sapar said the US-RP Balikatan exercises is part of a calibrated scheme for US’s permanent basing in the country.

“We are looking at another era of increased prostitution, rape, other rights violations within the context of US’ military intervention,” she said.