MANILA — Various environmental groups are all set to commemorate Earth Day on April 22 with various activities.

“We need to be steadfast protecting what remains of our biodiversity and resources amidst the Aquino government’s fast-tracked awarding of mining concessions to mining transnational corporations and coal projects to energy monopolists,” said Panalipdan secretary-general Francis Morales. “It is us, the exploited 99 percent who bear the devastating impact of biodiversity loss and destruction, the plunder of our resources, and disasters which are exacerbated by the large-scale operations of US Canada, Australia, Swiss, Chinese, Taiwanese – owned mining companies.”

The group is supporting the passage of a “No Mining” ordinance pushed by the the Davao City Council and urged other local government units to pass similar local laws that will strengthen environmental protection of cities. It said that all cities and provinces should pass measures that aim to protect the environment from extractive operations like large scale and foreign mining. 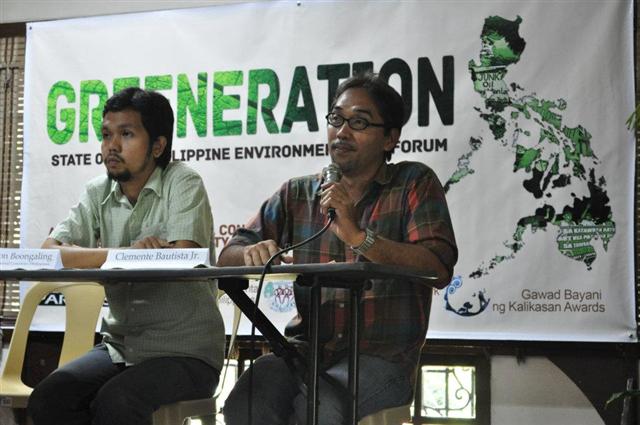 “We know mining is needed for industrialization, but such industry has to be government – regulated and controlled. The mining industry needs to utilized primarily to answer domestic needs. As things stand, mining cannot serve national economic development if the Philippine Mining Act is still enforced. Aquino’s new mining policy is toothless against foreign plunder if RA 7942 is not scrapped,” he argued.

According to the group, local struggles of the rural poor farmers , lumads and small scale miners are spreading like wild fire in Mindanao. After the Pantukan three- day camp out protest last March 21-23, another camp-out protest will be launched by the small scale miners led by the Federation of Small Scale Miners of Pantukan in Compostela Valley (FSSMCV). Farmers of Pasian, Monkayo, Compostela Valley are denouncing the open – pit mining operations of YENG YI Mining Company and the Joel Brillantes Mining Corporation (JBMC).

Nuclear power not a solution

In the meantime, Panalipdan and No to Coal have expressed alarm over the proposals emanating from the private sector and the government as solutions to the supposed power crisis in Mindanao.

“Coal and nuclear power are deadly solutions to a fake power crisis. The government is drumbeating the existence of a supposed crisis to justify the moves of energy and power corporations to make a play for larger shares in the country’s energy generation, distribution and transmission industries. Only the Aboitizes, Sy, Cojuangcos, and Lopezes will rake in super profits from the privatization of energy.It’s the poor majority who will suffer the environmental, health, economic and social ills caused by their dirty energy,” said Dr. Jean Lindo of No to Coal- Davao and the newly-established Kalikasan Party.

From April 20 to 21, the groups will lead a Peoples’ Conference on Mining Plunder and Resistance. The second day would end with an “Environmental Cultural Protest and Torch Parade” at the Freedom Park as a call to stop the influx of deadly and extractive industries in Mindanao. The group’s Defend Patrimony Campaign would culminate in a two- day Peoples’ Caravan Against Mining Plunder which would run from April 22-23. The caravan would make protest stops at various sites of struggle in Davao City, Tagum City, Maco, Mabini and Pantukan against open pit and foreign mining.

In the National Capital Region, another environmental network is insisting that the Aquino administration could expect broad support for its mining policy if and only of it comes with a “people’s mining agenda.” 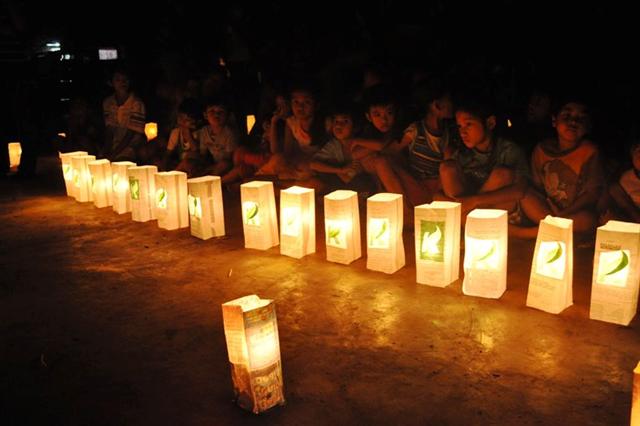 The green groups under the Kalikasan People’s Network for the Environment said that 17 years under the onerous Mining Act of 1995 should suffice as basis for the passage of a new mining law.

“Judging from the provisions of the previous draft executive order on mining, the upcoming policies on mining from the Aquino administration seems to be contrary to the people’s aspirations for environmental safety and community welfare. The new mining policy statement being floated by the government will not meet its objective of gathering the broad support of stakeholders if it will only build upon the years of irresponsible mining prescribed by the Mining Act of 1995,” said Clemente Bautista, national coordinator of Kalikasan PNE.

Recently, presidential communications secretary Ricky Caradang said the government is taking time in the formulation of the policy statement, which is seen as a guide for executive and legislative steps taken for the multi-billion industry. The official said that it was “too early to say whether new legislation would be needed as a result of the new mining policy.”

“We wonder why the urgency of implementing a new mining law has still not dawned on the Aquino government when the threats of large-scale, foreign mining to people and the environment are apparent across the country. Is the pollution of at least eight rivers and creeks in Surigao del Norte, the continued militarization of communities in the Cordilleras and the proliferation of large-scale mining in the small island ecosystems of Visayas not basis enough?” Bautista said.

“If the previously formulated draft executive order on mining were to serve as basis, it would still be unable to garner popular support. It sought to undermine the autonomous decision of local governments and communities by harmonizing local laws to the liberalization framework of the Mining Act of 1995, even if it is detrimental to their ecology and local development. It also aimed to expand more mineral reservations that prioritize mining over agriculture, tourism and even ancestral domains in their areas.”

Mining was identified as among the top five greatest environmental concerns by environmental organizations during a forum on the 2012 State of the Philippine Environment last April 19. The group and Kalikasan party-list held a series of activities to encourage the public to protect the environment. These activities ranged from a story-telling session for children, a musical concert, a recycling campaign and fora on solar power and container gathering.

On Earth Day, Kalikasan-PNE would hold its “Kapit-Bisig para sa Kalikasan” activity where environmentalists would form a human chain for the environment at 8:00 a.m. at People’s Hall of the Quezon Memorial Circle.