Mindanao-wide protests against US troops peak in Zambo 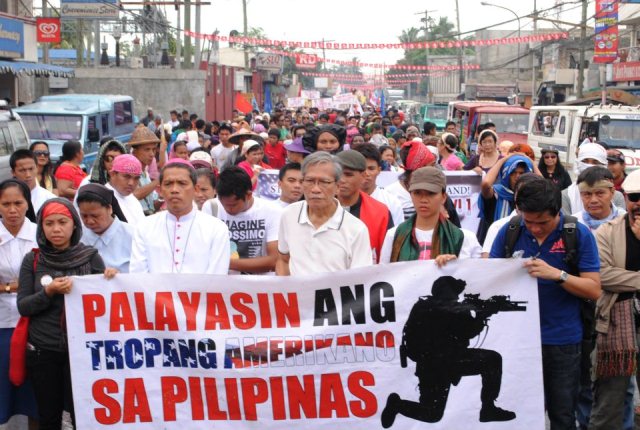 Patriotiko Mindanao and the Bagong Alyansang Makabayan continue to campaign against the Visiting Forces Agreement (VFA) and the ongoing US-PH Balikatan exercises currently being conducted in Palawan. One of the groups’ protests were held in Zamboanga City, and it was led by Bishop Antonio N. Ablon of the Iglesia Filpina Independiente-Pagadian, Satur Ocampo, former Bayan Muna congressman and President of Makabayan Coalition.

The groups were joined were other patriotic people’s organizations in their Lakbayan Laban sa Balikatan 2012 which was held April 16-20, 2012. Demonstrators came from all over Mindanao –Davao, Cotabato, General Santos, Koronadal, Butuan, Cagayan, Dipolog and Pagadian — and the protests peaked in Zamboanga city where the Joint Operation Task force of the RP-US forces is in at Western Mindanao command.

Prior to the military exercises, the US army troops deployed in the country held joint civilian-military operations in the guise of medical missions and feeding programs.

In his weekly column in the Philippine Star, Ocampo said that joining the protests “was an exhilarating experience.”

“Aside from the senior activists I met at the first People’s Caravan in 2002 — when the first Balikatan joint US-RP military exercises began in the armed-conflict areas of Basilan and Zamboanga — most of the 2012 participants were young, politically-keen people. I had brief but highly-satisfying interactions with them,” he said.

Ocampo also said that in contrast with the antagonistic reception they got in 2002, the city government, under Mayor Celso Lobregat, granted a permit for the activities, without any untoward disruption.

“The 2,000 participants were accommodated at the city’s sports complex. They marched peacefully through the city streets, and held programs at the city center’s Pershing Plaza,” he said.

The protests also coincided with the inauguration of newly constructed Civil Development Center inside the Western Mindanao Command. According to reports, the Joint Special Operation Task Force-Philippines spent about $26,000 US dollars for the construction of the center near WesMinCom Public Information Office.

According to Mindanao-based people’s organizations under Bayan, there will be no let-up in the protests and campaigns to demand the abrogation of the VFA and the complete scrapping of the joint military exercises between the AFP and US forces. 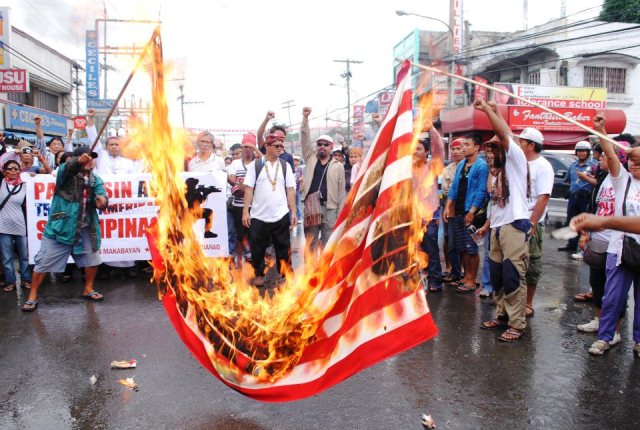