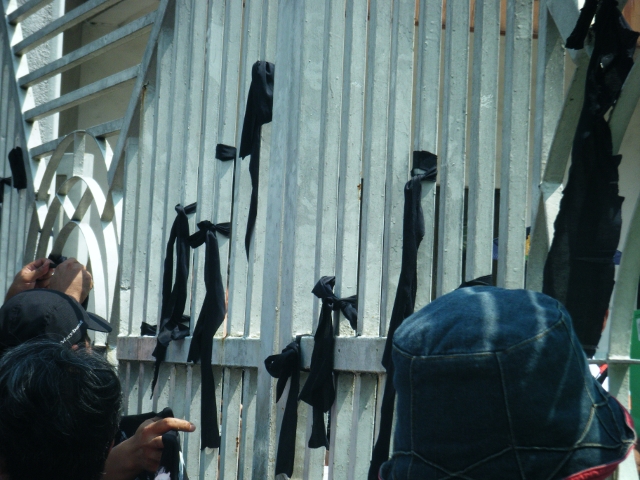 MANILA — Urban poor groups and rights advocates condemned in a press conference in front of the Office of the Ombudsman the violent demolition at Silverio Compound, Paranaque City.

“It was over kill,” Banjo Cordero, secretary general of Makabayan-Quezon City, said. “The police and the local government of Paranaque unnecessarily used violence (during the demolition).”

“We saw how ruthlessly they took the lives of the residents (in Silverio Compound),” Sisel Cari, chairperson of Kadamay-Quezon City, said, “Several were also wounded in the violent dispersal during the demolition.”

The groups urged the Office of the Ombudsman to investigate not only the demolition in Silverio Compound but also other violent demolitions of urban poor communities.

“We also call for an honest and transparent investigation, and to not cover up the real facts,” Lean Flores, spokesperson of Akap Bata party-list, said, adding that they will participate in an independent fact finding mission to further uncover the events in Silverio Compound. 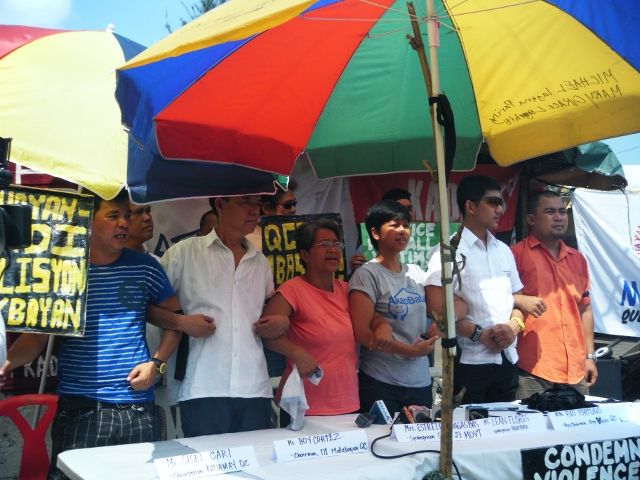 “We sympathize with the residents of Silverio Compound, where one person was killed in the demolition,” Estrelita Bagasbas, president of the September 23 Movement, said. “We call on Mayor Bernabe [of Paranaque City] to claim responsibility for what happened, because we will not stop condemning these events.”

The groups are also against the demolitions being held around Quezon City, especially in barangays Bungad, Vasra, San Roque, Nicasia, Old Balara, and Pag-asa.

“We hope that the demolitions enforced by Mayor Herbert Bautista will stop,” Boy Cortez, chairman of Makabayan in District 1, Quezon City said. “We want to help those who are in danger of being demolished in Quezon City, especially those in this district.”

A picket-rally in front of the Office of the Ombudsman was also held after the press conference. Protesters tied black ribbons on the gates of the Office of the Ombudsman in commemoration of the one resident killed and the others who were wounded and arrested in Paranaque. They urged Ombudsman Conchita Carpio-Morales to start an investigation on Paranaque City Mayor Jun Bernabe, San Juan City Mayor Guia Gomez, Quezon City Mayor Herbert Bautista and also the other Local Government Units (LGU) responsible for violent demolitions that happened in the past. 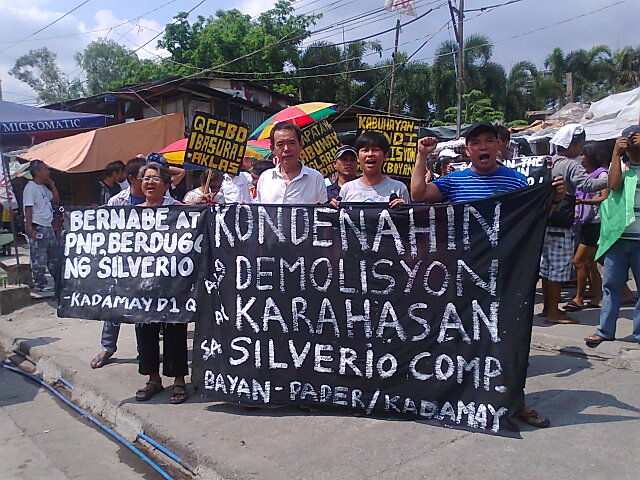 “We firmly believe as we have clearly seen in videos provided by the media that the police, the SWAT (Special Weapons and Tactics) [Team] of Paranaque were the ones who shot (at the residents of Silverio Compound),” Flores said.

“We are also calling out to President Noynoy Aquino to be decisive and take concrete actions against violent demolitions on the poor and not just pass on to the court and other LGUs the responsibility of protecting the rights of the poor,” Flores added.