The protesters were residents of San Roque, Quezon City, one of the areas in danger of demolition in order to give way to the Quezon City Central Business District.

“We held the rally because, recently, Noynoy went back on his word,” Maricar Dela Cruz, a member of Kadamay-San Roque, said. “The demolitions will continue. Until he persists in doing what he does, we will also find ways for him to hear us.”

During the rally, they were watched by two policemen while vandalizing Aquino’s gate. They were not stopped from doing it.

“When the rally was over, we left,” said Josie Lopez, one of the leaders of Kadamay in San Roque. “We walked from Noynoy Aquino’s house in Times Street to the overpass in Quezon Avenue. When we arrived there, we were shocked when two of our companions were arrested.” 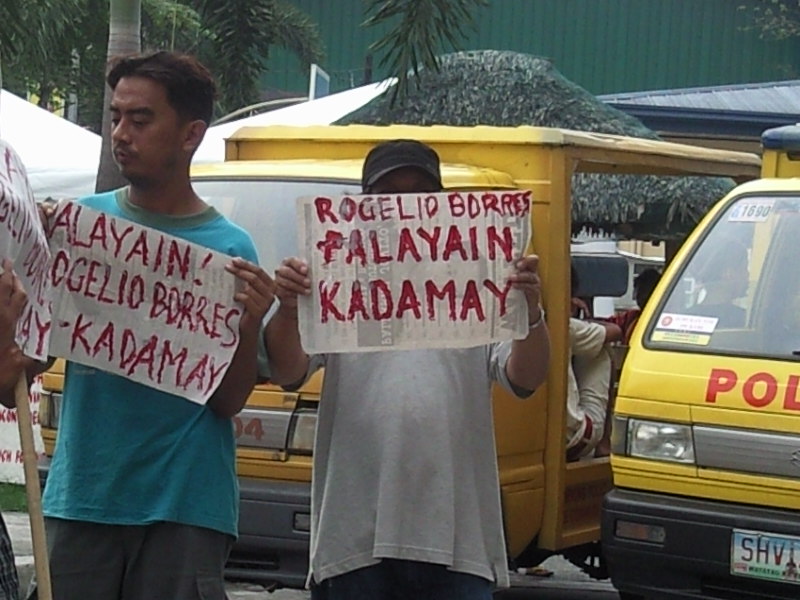 Rogelio Borres and Carlito Villa, Jr., both residents of Barangay San Roque, were beaten up by policemen before the arrest.

“I told the policemen not to handcuff our companions because we did not know what we did wrong,” Lopez continued. “Before you arrest us, tell us first what we did wrong. We only staged a rally. The police told us that there is no need to explain and that we should just go with them.”

Four women volunteered to accompany Borres and Villa to the Masambong Police Station. But upon arrival, they found out that they were also under arrest. 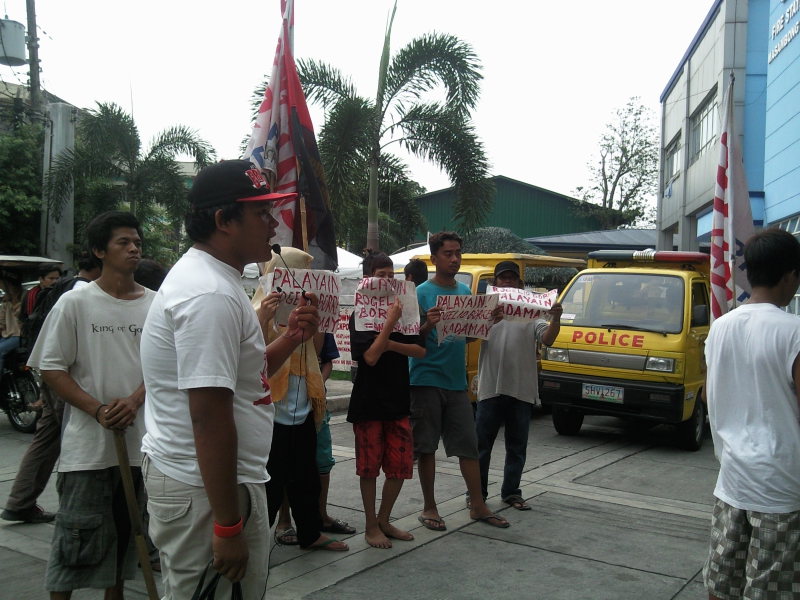 “We will not accept that,” she said. “If they want to bring this to the courts, we will fight back. It is our right to fight for our rights and complain against the government.”

The six protesters were charged with vandalism, malicious mischief, and illegal assembly. As of press time, the police and Kadamay’s legal counsel are still negotiating the terms of their release.