MANILA – Youth groups and law students condemn the death of Marc Andrei Marcos, 22, second year law student at San Beda College. According to reports, Marcos died due to extensive traumatic injuries in his upper and lower extremities caused by violent initiation rites of the Lex Leonum Fraternitas, a fraternity composed of Bedan law students. The groups held a condemnation rally last Aug 2, Thursday in front of the San Beda College in Manila.

“We strongly condemn the despicable killing of our fellow students through hazing and frat-related violence and call for the immediate end to all these futile violence, if there is something to be put to death, it is the old rotting tradition of hazing, and not the lives of the future of our nation,” said Victor Villanueva, executive vice president of the NUSP.

The groups lit candles to symbolize their sorrows over the unending stream of victims of hazing and call for an end to hazing and other frat related violence. The NUSP also urged officers, members and alumni of fraternities and sororities to help put an end to this chronic problem. 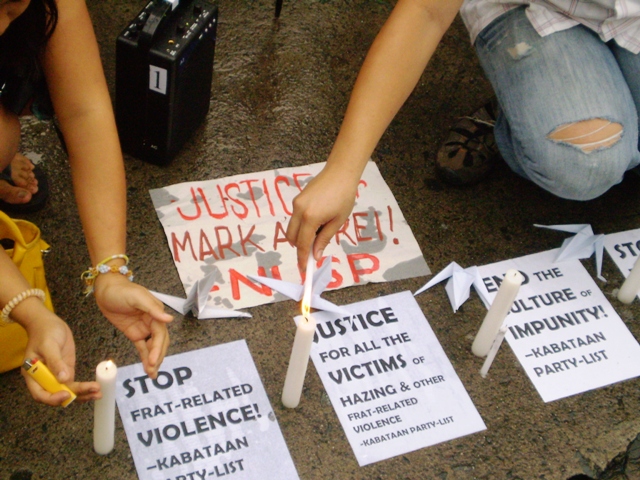 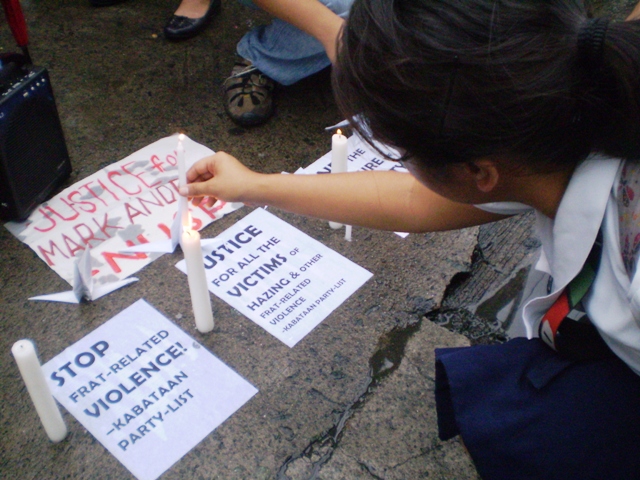 The groups, on the other hand, lambasted Anti-Hazing Law or RA 8049 saying that 17 years after its passage frat-related casualties continues and only few people has been held responsible for their crimes and mostly got away from it. Villanueva also pointed out that the law should be implemented to put the responsible people accountable.

“We call on our brothers and sisters from fraternities and sororities to abandon the practice of senseless violence and return to their principles of collective action in the service of the people. Let us link arms to put an end to such violence and help give justice to all the victims.” Villanueva said.

Villanueva is a third year law student in University of Sto. Tomas and a member of the Upsilon Sigma Phi. He said he also underwent difficult initiation rites but not physical hazing. “While the organization has the right to filter those who deserve to be their member but it doesn’t have to be through physical hazing. A group has to be creative on how to do their initiation rites to test one’s aptitude and competence.” 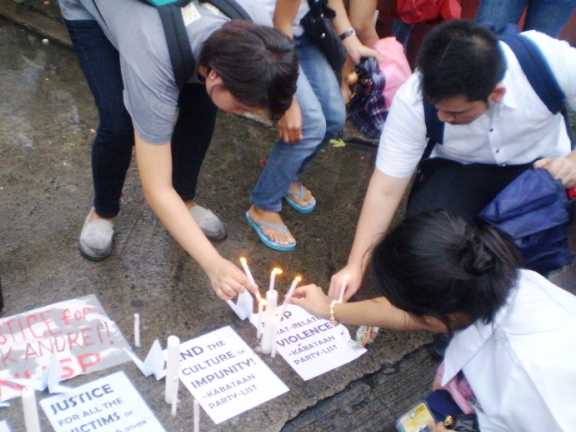 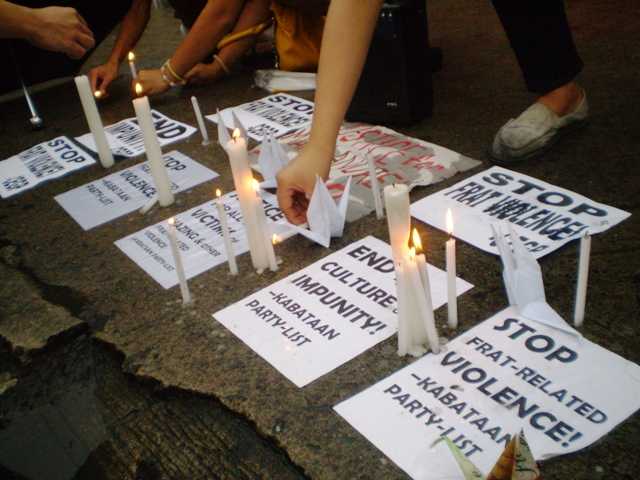 Kabataan Party-list first nominee Vencer Crisostomo said the culture of violence and impunity contradicts the very essence of brotherhood that fraternities are espousing. “With our right to organize comes the very basic responsibility to our members and to others; to ensure that the organization, its members, and the principles it is advocating do not, in any way, step on the rights of the people.”

He added, “The main propagator of this culture of impunity is the reactionary government itself. Extrajudicial killings, enforced disappearances and countless cases of human rights violations perpetrated by its agencies encourages and tolerate violence.”

Meanwhile, the groups reiterated that banning fraternities is not the solution to end hazing.

“Banning or dissolving frats and sororities is never a solution. One must not ban the use of knife just because it was used to kill someone. Since the knife has many useful purposes. The same is so with fraternities; it must not be banned just because of the fault of some irresponsible people, for most, if not all of the fraternities and sororities orientations are for the service of the community and the people. Also, the constitutional right to form and join organizations must be upheld at all times.” Villanueva said. 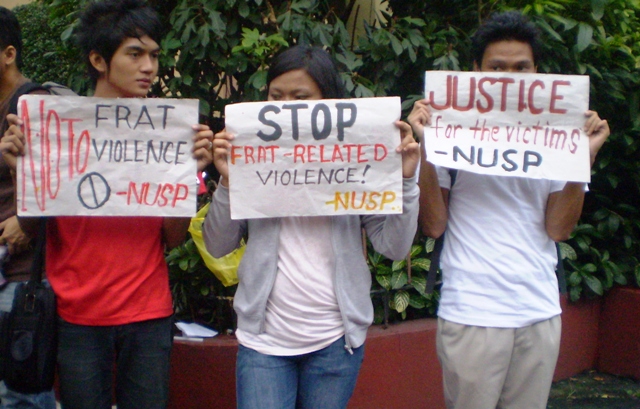